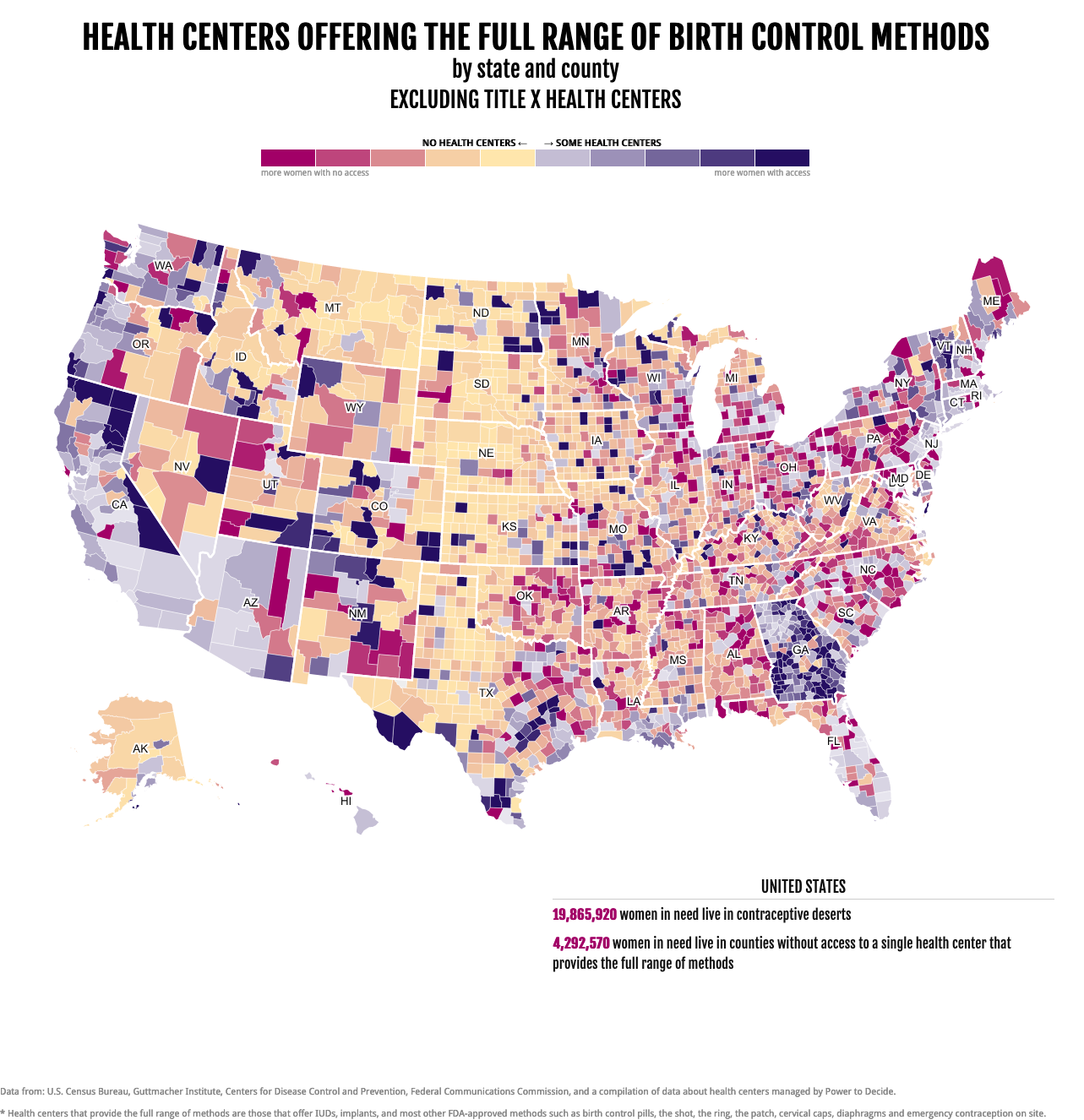 If you’ve ever felt frustrated or angered by the distance, the time, and the choices that people are forced to make when accessing birth control – you’re not alone. We believe you shouldn’t have to choose between a stable income and creating a family on your own timeline. We believe that if you choose to use birth control – for whatever reason – you should have access to it within 60 minutes of wherever you live, regardless of your income. 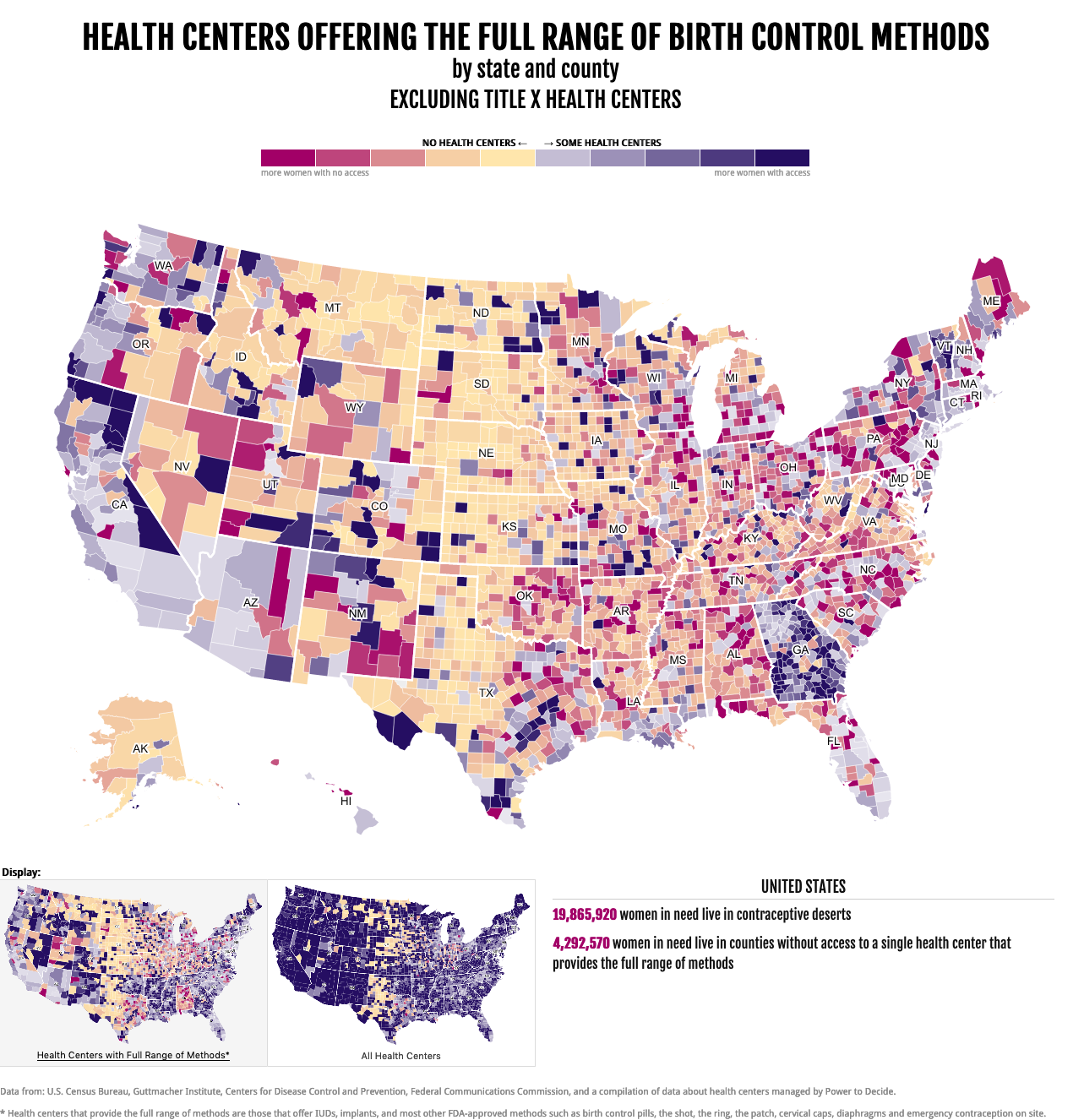 Seeing a provider, accessing trusted information, and finding the right birth control becomes nearly impossible without access. To gain it those living in a contraceptive deserts often face decisions such as, “Do I take an unpaid day off work or do I skip the doctor?” “Can I afford to pay a babysitter during my appointment?” and “Is getting birth control worth taking 4 city buses and walking a mile?”

Check out our birth control access map to see what access looks like in your community and compare it to access in the counties and states around you. As you look consider how the map might change if Title X health centers were eliminated and 2.6 million more women lived in counties without access to a single health center that provided the full range of birth control methods. Eliminating Title X health centers would impact women in all 50 states. In Florida, 132,490 women would lose access, 206,710 women in Virginia would be affected, and 130,630 women in Oklahoma.

Response to the FY21 Appropriations Bill

"It is deeply disappointing that the House pro-choice majority could not bring forth a federal spending bill without the Hyde Amendment," said Gillian Sealy, CEO.
May 7, 2020

Accessible, Over the Counter BC

Contraception for Servicemembers, Dependents, and Veterans