What Happened On Unexpected Episode Four

What Happened On Unexpected Episode Four 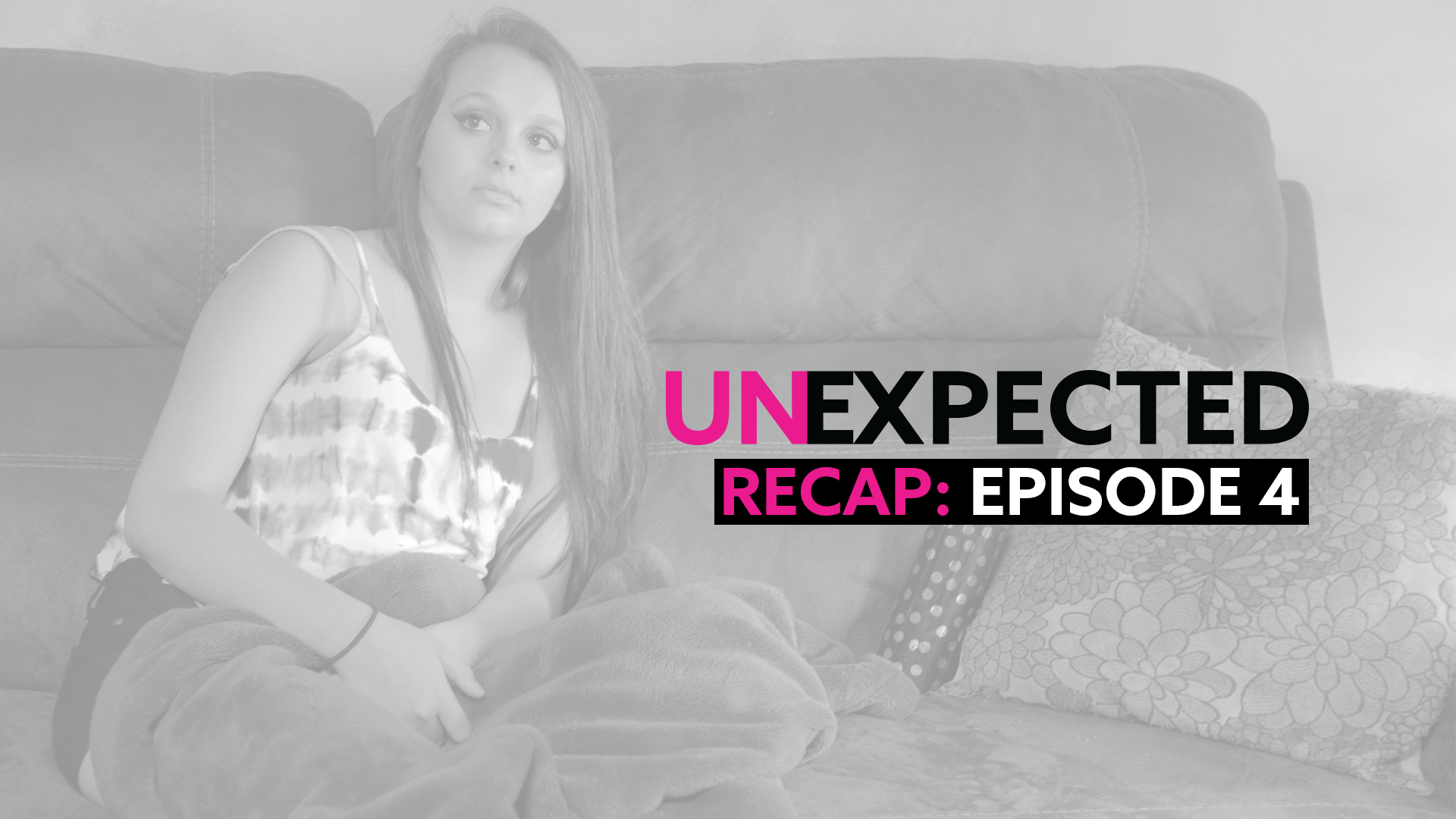 So much happens in episode four of Unexpected, as the teens start to experience parenthood first-hand and the joys and realities intensify. Fantasy turns to reality, and the soon-to-be grandparents try to walk the line between protecting their kids and letting them step into more grownup roles.

First, Lexus and Shayden welcomed their newborn daughter, Scarlett. After a few poopy diapers, Lexus and Shayden find themselves queasy. They worry that they are not ready to be new parents. Lexus says, "I hope being a new mom gets easier than this," likely knowing deep down that it's all just beginning.

In the first three episodes, we've seen the teen couples romanticize parenthood, each in their own ways. The deep love that Lexus and Shayden feel for Scarlett is so moving. Still, the challenges aren't far behind. It's easy to romanticize things you've only seen in the movies and on television. That's where adults come in: we need to help young people sort out fantasy from reality. This episode of Unexpected is a great way to talk openly with the teens in your life. Ask them: have you ever thought about how a pregnancy would affect your life? Most teens haven't--and if you think it can't happen to you, why would you take steps to prevent it?

Despite Kelsey's (Lexus's mom's) reservations, Shayden intends to move in with Lexus and Scarlett. While Shayden's sudden maturity is a positive surprise for Kelsey--he has a full-time job and is committed to helping with the baby--Kelsey still doesn't want him living in her home. As most parents would, Kelsey is struggling with seeing her daughter take on such adult responsibility.

Kim has a different struggle with Lilly's boyfriend. After James stands Lilly up--again--Kim tries to soothe her daughter's hurt feelings while reminding her that she and James don't really know each other, and he is not living up to Lilly's fantasy of their life together. The fact is, most teen fathers rarely stay with the mothers of their children long-term and are not likely to support their children financially.

Still, Lilly is optimistic that she and James will get married one day and wants their baby to have his last name. Kim feels strongly that James needs to earn that--and he hasn't yet. Kim remembers the many broken promises Lilly's dad left her with and wants to spare her daughter from that kind of heartbreak. James agrees with his mom that marriage is not something to be pressured into, and admits to his mom: "I barely like being responsible for my [own] self." That's something he will have to grapple with--ready or not.

McKayla's grandmother and grandfather, who raised her, are hopeful that despite Shannon's past drug habit and abandonment, her efforts to connect with McKayla are what matter the most. Read the full Unexpected recap on TLCme.com!