What Happened On Unexpected Episode Six

What Happened On Unexpected Episode Six 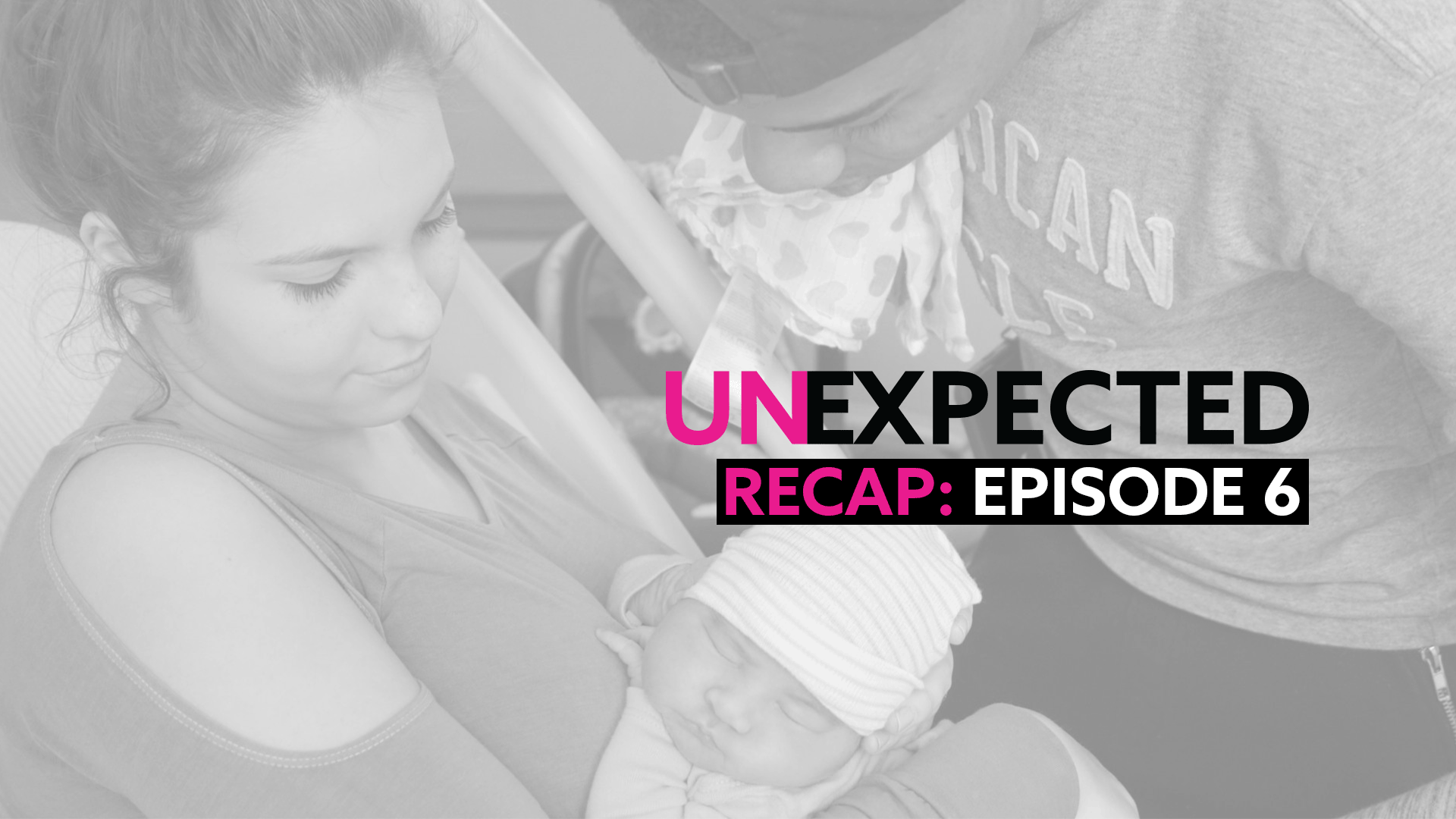 Over the past six weeks, we have gotten to know and care for McKayla and Caelan; Lexus and Shayden; Lilly and James, and their families. They've shared the most intimate details of their lives. We've seen them experience their deepest joys and fears, and seen how their journey to parenthood has affected everyone in their lives. Their stories help us think--not only about their lives--but also our own. The majority of teens say that when a media character they care about deals with unplanned pregnancy, it helps them think about their own risk. We hope our discussion guide will help get this important conversation started with the teens in your life.

This week's episode opens on an emotional note: the birth of McKayla and Caelan's son Timothy. McKayla's grandmother, grandfather, and Caelan's mom are relieved that the doctors didn't have to perform an emergency C-section. Like many new moms, McKayla longs to protect baby Timothy same way that she was able to when she was pregnant.

Despite the arrival of their grandson, Shannon and Shelly are still not able to put their differences aside. To avoid more tension, Shelly decides to leave after holding baby Timothy for the first time. Later, she is still able to bond with McKayla and the new baby as she McKayla tries to figure out breastfeeding. McKayla is thankful for Shelly's support, but wishes her own mom could be present too.

Then, McKayla and Caylan talk marriage. She confesses that Caelan's proposal would be a security blanket for her and a promise that he's in it for the long run. In a shocking twist, Caelan proposes to McKayla and she accepts! Grandpa Tim is skeptical and worries that they are rushing into yet another adult responsibility--especially after just having a baby.

Meanwhile, Lilly is tired of being pregnant and decides to try dancing and exercising to jumpstart labor. When Lilly's water breaks, all the intense emotions of the past few weeks come to the surface. Kim says she now understands how her Mom felt when Kim herself was a teen mom. After 36 hours of labor, baby Aaliyah arrives and Lilly says she never knew the extent of love until she had her daughter.

Once they're home, Kim continues to be a strong support system but knows they have a lot to figure out on their own. Lilly is already thinking about baby number two, but James is barely able to wrap his mind around being a full-time dad to Aaliyah.

Finally, after a few months of motherhood, Lexus is relieved to finally begin bonding with baby Scarlett. Like many new moms, Lexus had trouble with Scarlett in the beginning and found it stressful to be alone with her. If you know a young parent, remind them that seeking help is a sign of strength, not weakness. Share these resources with them.

Shayden is frustrated with Kelsey's strict house rules, but Lexus reminds him that in two years they'll be able to move out into a place of their own. They want to be independent, but Kelsey worries that they are not mature enough to handle it. Meanwhile, Lexus admits that she's not on birth control--yet--and that another unplanned pregnancy could happen. The couple is worried about how they would manage another pregnancy. The fact is, about one in five teen moms has another baby by the time she's 20.