by By Lynn Harris 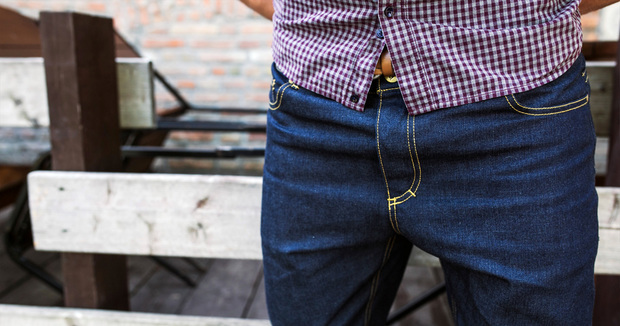 Alice’s boyfriend really didn’t want to wear a condom. “You don’t know how good it feels without one,” he’d say—over and over—or “I can’t come with one,” recalls Alice, 23, of Seattle. “He’d been able to before, so I should have realized that was bullsh*t. But he’d slowly talked me into it.” When she finally let him go without, she says, “I was like, ‘Fine, if it makes you shut up about it, go ahead.’"

That was the day Alice conceived her son, now 4. But don’t call it an “unplanned pregnancy.” It wasn’t just that Alice’s boyfriend liked the feel of condomless sex. He wasn’t in denial about the consequences. Alice hadn’t planned the pregnancy, but her boyfriend had. Guys like him want to get girls pregnant. As Alice now knows: “He really wanted a son.”

As I noted in a previous article for The Nation, and as others have noted, stereotypes about women being the ones to “trick” their partner into pregnancy are extremely misleading and potentially destructive. Experts have put a name to the phenomenon of reproductive coercion, where it’s men who force women into sex without contraception. According to the Family Violence Prevention Fund (FVPF), one in five young women say they’ve experienced pregnancy coercion; one in seven say a guy has sabotaged her contraception. Though other abuse may not be occurring, it sure as heck might: women who have been abused by a boyfriend are five times as likely to be forced into not using a condom and eight times more likely to be pressured to get pregnant.

Guys like Alice’s boyfriend hide birth control pills or flush them down the toilet; they sweet-talk, threaten, even rape. Why? Not because they’re dreaming of booties, blankets, and Daddy-baby yoga. “It’s about one person controlling another,” says Leslie Walker, M.D., chief of adolescent medicine at Seattle Children’s Hospital. (Talk about control: experts say some men force their girlfriends to get pregnant—and to have abortions.) It’s the ultimate form of control: of your body itself and—if you have a baby, or get an STI, some of which cause infertility—of the rest of your life.

Reproductive coercion happens to teens and adults, rich, poor and average; any race or religion; women in long-term relationships, hookups, and in-between; women like Anya Alvarez, 21, who was having sex with a guy she’d just started seeing when she spotted her NuvaRing on her rug—which, needless to say, was not where she had put it. Yep: he’d yanked it out. “He said he’d done it to other women and they didn’t mind,” she says. Even in a new relationship, or something you wouldn’t call a relationship at all, you need to be careful.

"One clear warning sign: a partner who doesn’t support your using whatever contraception you want,” says FVPF senior policy director Rebecca Levenson. “Even if it’s subtle, like weird-supportive, it still gets him what he wants.”

There’s also sweeter-sounding baby-making talk. “It can seem like he’s trying to express commitment or get serious,” says Corinna. “Only people who love you want to make babies with you, right? Wrong. Some people want to create a family for the best reasons. Others want to control you, make it harder for you to leave, or create new, smaller people to control. The folks with the good motives will not ever pressure or trick you.” Does he:

New guys may deploy all sorts of lines. Check your gut; don’t take a chance. If something sounds off to you—like “I had a vasectomy” or “I smoke pot so I’m infertile”—it probably is.

And some actions say it all:

If even one of the above sounds familiar to you…one is too many. Steps to take to protect your health:

Lynn Harris is an author, essayist, commentator, and award-winning journalist. Her most recent book is the satirical novel Death By Chick Lit, which New York Magazine called “brilliant.” She is also co-creator—with supergenius Chris Kalb—of the award-winning website BreakupGirl.net.

What are three things to keep in mind when navigating a safer sex talk with your partner?
February 19, 2021

Three experts discuss how to stay safe during COVID-19 while remaining sexually active.