Does hormonal birth control cause depression?

Does hormonal birth control cause depression? 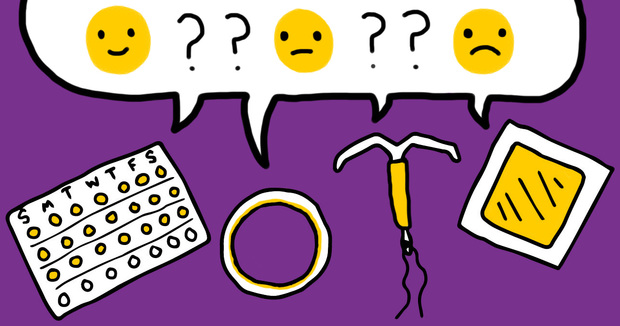 TLDR: A Danish study found that women using hormonal birth control were more likely to experience depression compared to women not using hormonal birth control. What many headlines didn’t mention was that the risk of depression in both groups was quite low (around 2%), and that several factors make it tricky to interpret this study's results. The takeaway is simple: If you feel good on your method, don't let the headlines scare you. If your method isn’t working for you, don't settle—find a different one.

In a new study that included over a million women in Denmark, researchers looked at whether there's a link between depression and using more than a dozen kinds of birth control with hormones. They followed women ages 15-34 from 2000 through 2013, using information about the women's prescriptions to compare those who were using hormonal birth control with those who weren't. The researchers looked at depression in two ways:

The researchers also took into account other things that could be associated with depression, like age, education, and diagnoses of polycystic ovarian syndrome (PCOS) or endometriosis.

Some context for the scary numbers

This is another case of scary headlines about birth control not telling the whole story. It's important to know that these numbers tell you the change in the risk, not the risk itself. If we look at the risk itself, the findings seem less dramatic. In other words, while the study found a difference in the chances of depression between hormonal birth control users and everyone else, the number of women dealing with depression was quite low in both groups. Specifically:

We're grateful to the Danes for doing this kind of research, especially because it would be impossible to do in the United States. We're also grateful because it's a step in the right direction in trying to understand this very complicated topic.

Here are just a couple of the reasons why studying birth control and depression is so complicated:

Researchers just don't have access to this kind of information in medical records—even in Denmark!

Can’t we do better?

Still, the only way to get an iron-clad answer about the link between hormonal birth control and depression would be to randomly have some women use birth control with hormones and some use a placebo, and make sure neither the women nor their doctors knew which type of pill they were taking (aka, a double-blind placebo controlled trial). Obviously it's not okay to do this type of study if women are relying on birth control to avoid pregnancy. Three small studies have been able to get around this because their participants either already had birth control (sterilization) or were using the pill for reasons besides pregnancy prevention, like painful periods or acne. Although these studies are small and some are quite old, it's worth mentioning that two of them showed no association between the pill and depression or mood changes, and one showed that progestin-only pills might protect against depression.

Sooo... should we be worried?

This study confirms what many birth control users already know: different methods can affect people very differently. You know your body best. If you feel good on your method, you don't need to worry about this study. If you don't like how your birth control method makes you feel, don't settle. Talk to your health care provider about switching it up until you find a method that works for you.

BC Is For More Than Just Prevention

Here are 5 reasons beyond unplanned pregnancy to say #ThxBirthControl.
July 2, 2021

This Independence Day we say #ThxBirthControl for all that it does for us and our ability to live life on our own terms.
June 21, 2021

The Colorado Family Planning Initiative expanded access to more forms of contraception in the state leading to higher graduation rates.