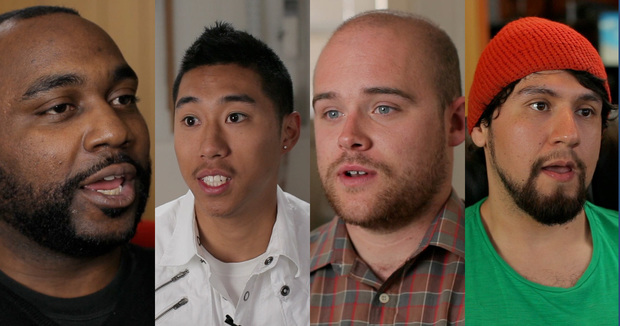 If you’ve ever wondered what dudes think about birth control, look no further.

For the videos below, we asked guys in relationships to walk us through what they like and don’t like about their girlfriend’s method of birth control. And what did we learn? These guys all have at least one thing in common: They’re happy to feel like they and their partners are covered against unplanned pregnancy.

P.S. Wish men had more info on sexual health? Us too. That’s why we created the Guy’s Guide. Check it out and share it with a guy in your life.

Anthony knows that birth control affects her body, so he’s supportive of any method that his girlfriend chooses.

Once Elliot and his girlfriend got more serious—and exclusive—they moved from condoms to the birth control pill.

Sean's girlfriend had a reaction to regular condoms, so she suggested they try the internal condom—and it made a huge difference.

Andrew might not know what IUD stands for, but he knows what he likes about it: He and his girlfriend get to enjoy the highest level of effectiveness, no hormones (she uses the copper kind of IUD), and they can have spontaneous sex whenever the mood hits.

AJ’s girlfriend switched to the implant, which lasts for up to four years. Now they can focus on life (and sex) without worrying about daily birth control.

How can young adults prepare themselves before making their own health care appointments?