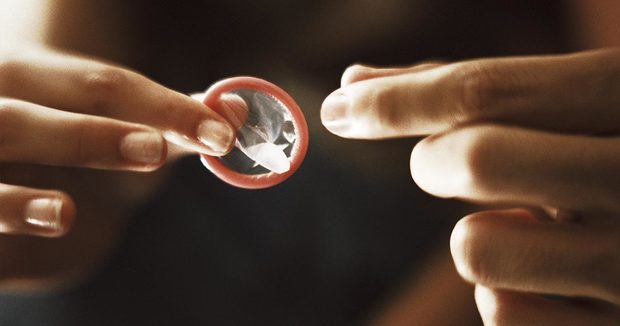 When you hear the words “birth control,” you might immediately think of the pill, intrauterine device (IUD), or implant. But many people still prefer condoms as their go-to method of birth control. We decided to ask some of them why they choose to say #thxbirthcontrol to condoms.

1. The condom is undefeated when it comes to cost and accessibility.

Condoms are usually available at a relatively low cost. Basic condoms can range in price from $2 to $6 for a pack of three, or you can buy a pack of 12 for about $12. Condoms are for sale at grocery stores, convenience stores, and drugstores, in vending machines, and online. Best of all, you can even find them for free!

The community you live in may also encourage safe sex by providing complimentary condoms in discreet places.

“In New Orleans, there’s a place called The Healing Arts Center where they have a bowl of condoms on the second floor,” said Kataalyst Alcindor, a spoken word artist based in the Big Easy. “If you don’t care to be seen going into any [adult stores], you can just grab some [condoms] and take them with you,” he continued.

You can also find free condoms in other places you might not expect, like the barbershop or your hair salon.

For those of you who like to jazz up your sexy time with different types of condoms—like glow-in-the-dark or flavored ones—you may not always be able to get them for free. Still, even the fanciest condoms are relatively affordable.

2. You don’t need a prescription to get condoms.

Condoms are clutch if you simply want to be able to buy birth control without having to see a doctor. If you encounter a medical provider who seems pushy about a certain method, like Darla Ostenson did, condoms provide a bit more freedom.

“My non-hormonal IUD was a bloody, cramping nightmare I pulled the plug on after one year, and [I] had to fight tooth-and-nail to get a doctor to remove it,” she said. Darla prefers to use condoms exclusively.

3. The internal condom can also offer control to women who don’t want to negotiate asking their partner to put an external condom on.

Pamela Best said her friends are fascinated by the fact that she uses them because they didn’t think “folks actually used those.”

As with any birth control method, individual experiences with one may vary. Ida explained that she had used an internal condom before, with less-than-sexy results.

“I didn’t want the messiness of period sex to interfere so I tried it. It was terrible and cumbersome, took the intimacy out of sex for me and my partner, and had a messy removal,” she said.

However, the upside to the internal condom’s learning curve is the control it gives women in the heat of the moment. Once you get the hang of inserting it correctly (which is key for its effectiveness), it has some major perks.

“I can insert an internal condom up to 8 hours before sex,” Pamela told me.

There is no break ‘in the moment’ to take out and put on [an internal] condom,” she added, “and there is no moment of a partner trying to side track the condom or talk you into letting them not use one.”

4. Condoms and internal condoms are still the only methods that protect against both pregnancy and STIs.

Even if you’re using another form of birth control, like the IUD or the pill, to prevent pregnancy, you still need condoms to protect against STIs. Condoms and internal condoms are the only methods that do both!

Because of that, everyone I spoke with agreed that they like how condoms allow them to take responsibility for their own protection.

Tro’juan Henderson, an advocate against sexual and domestic violence, told me he always brings a condom with him on dates because it’s important to him that his partner knows “our health is at the forefront even in the midst of pleasure.”

5. It’s nice to have people with penises do a little work too.

Putting it bluntly, David Durney said, “Any dude that can’t stop at the store and spend less than $10 for a night, or even swing through a free clinic to pick up handouts, well… I mean, no one should probably f*ck that guy.”

Dara Mathis is a freelance writer whose work focuses on pop culture, feminism, and motherhood. A Florida girl at heart, she lives in Maryland with her family, which includes a yappy mini-Schnauzer.