What is stealthing, and why is it wrong?

What is stealthing, and why is it wrong? 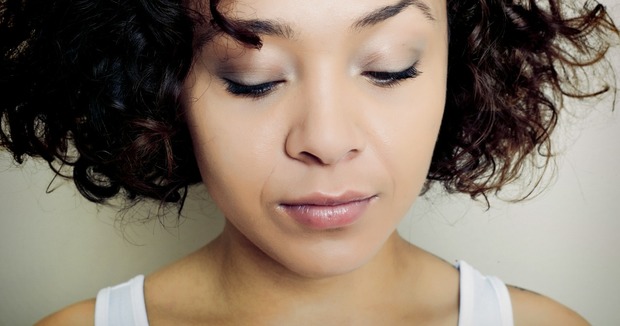 Stealthing, or removing a condom during sex without asking for a partner’s permission, has been all over the Internet recently. While survivors and providers have been talking about birth control sabotage for a while now, many people are hearing about stealthing for the first time. We want to be clear: stealthing is not a "sex trend." It’s a nonconsensual act that can increase the risk of pregnancy and sexually transmitted infections (a.k.a. STIs or STDs).

Taking off a condom without your partner’s consent:

Some writers and scholars, like Alexandra Brodsky, think that stealthing should be considered a crime. While lawmakers in several states are working to make it a punishable offense, we want you to know it’s not okay. If someone agrees to have sex with a condom, it’s important to respect their wishes. Otherwise, it’s a violation of their consent.

What can you do if it happens to you?

If you suspect that a partner has removed a condom during sex without asking you, or has tampered with your birth control in some other way, there are things you can do to protect your health.

Know that it’s not your fault. If you agreed to have sex with a condom and a partner takes it off without asking you, they’re breaking the agreement you made when you started. Sexual consent means everyone agrees to what is happening and is willing to check in as sex progresses. If your partner takes off a condom during sex it’s not your fault—it’s their responsibility to make sure you’re on board if they want to switch things up.

Get on top of your sexual health. Nonconsensual condom removal can put you at risk for an STI. And if you’re not on another form of birth control, you could be at risk of becoming pregnant. Getting tested can clarify any concerns you may have and help you figure out your next steps to take care of your health. If you are concerned about the possibility of being pregnant, emergency contraception can work up to five days after sex.

Talk to your partner if it’s safe for you. Let your partner know that what they have done is not okay, because it broke your agreement to wear a condom and may increase the possibility of contracting an STI and/or getting pregnant. If your partner has crossed your boundary, here are a few ways to talk to them about it. If your partner continues to overstep your boundaries, it’s worth considering whether this is someone you want to be with long term.

Consider getting help from a friend or professional. You may experience emotional and psychological effects from what happened. Even if you aren’t sure about talking to your partner about it, connect with someone you trust who can reassure you that they believe you, that it’s not your fault, that you are not alone, and that help is available. If you are open to talking about your experience with your health care provider, they will have additional resources and referrals to support you.

Know where you can get help. If you need long-term support for an unhealthy or abusive relationship, here are some organizations that have local resources as well as 24/7 English and Spanish hotlines.

Consider your relationship in the long-term. Healthy relationships are built on trust, respect, and mutual consent. Everyone deserves to feel safe and supported in their relationships. Ideally, a partner will support your choice of birth control and respect your wishes when it comes to using a condom during sex. If you’re wondering whether or not your boo is right for you, we’ve got a few questions to ask yourself.

Stealthing and other forms of birth control tampering are common, but they aren’t okay. Always remember that you aren’t alone. You deserve to feel safe and sexy in your relationship and supported in your birth control choices.

Everything you need to read about sexual health from the last month.
March 16, 2020