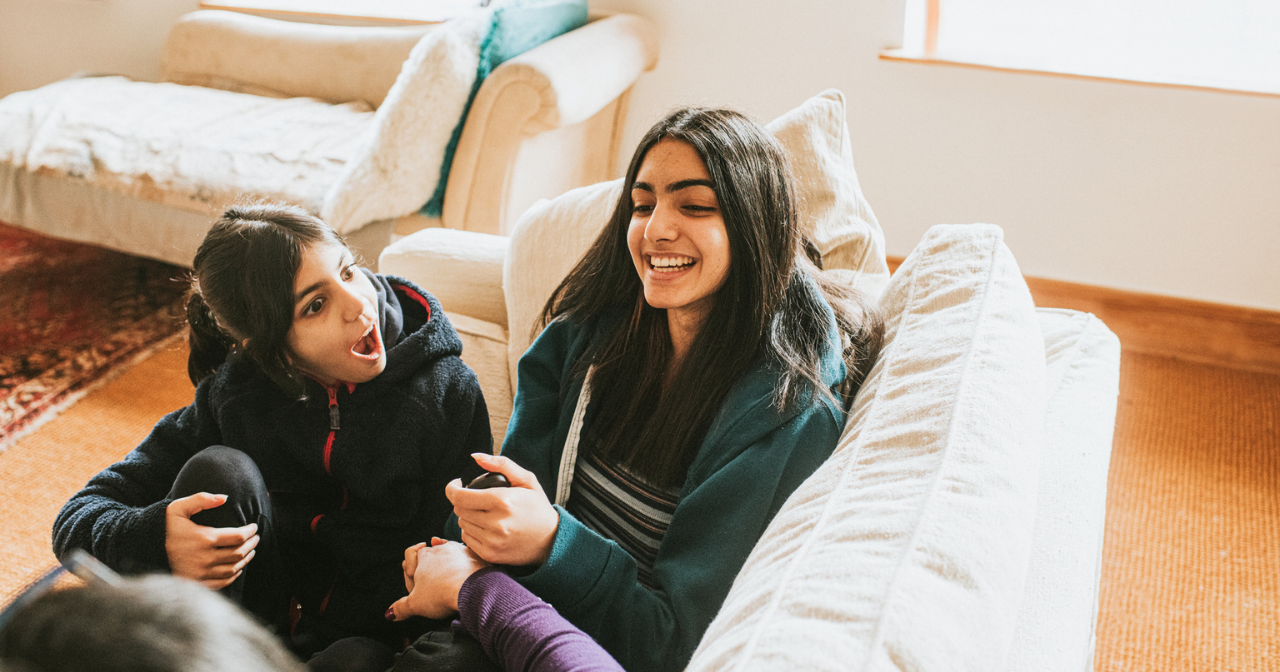 Talking is Power highlights the importance of having conversations between teens and people who care about them when it comes to sex, love, and relationships. These conversations don’t always have to be with an older adult though. In many cases, teens feel much more comfortable talking to their older sibling, an older cousin, a mentor, or even a family friend about things we have questions about as they transition into young adults themselves.

Why is Talking is Power Important?

Talking is Power is important because it encourages conversations that can be uncomfortable but should be discussed with teens as they get older and develop into young adults. Some conversations may end very well or could possibly take a turn, but it is important that teens know certain things about sex, love, relationships, etc. so that they’re not left with questions or concerns as they step out into the real world. Talking to teens can also lead to a stronger bond between them and the person they’re talking to. Teens often feel like they can trust you and tell you certain things after you’ve created that open space to talk in a judgment free zone. You should never make a teen feel like they’re being judged, so it is also important to be open-minded, answer any questions or concerns they may have, and be honest about what you don’t know (yet).

How Young Adults Play a Vital Role in Talking is Power

Parents/guardians aren’t the only people who can talk to teens about becoming a young adult. In most cases, teens first look to their older sibling, an older cousin, or even a family friend when they have questions about sex or relationships. Teens may feel more comfortable talking with someone closer to their age because they feel that someone who’s still a young adult can relate to them more than their parents. Young adults also tend to not be as judgmental as some older people may be, which allows teens to feel more comfortable talking to them. Conversations between siblings, cousins, and peers lead to stronger bonds as well. Whether we like it or not, growing up and sometimes even as adults, people who love each other fight. But when the time comes to have a serious conversation about things like using protection and having your first crush, bonds become stronger. Due to the fact that they are able to relate to one another, the older person may not think of the other as the annoying little one that tells on them anymore! As a teen having those conversations with a trusted young adult, you may get advice or personal stories from them that older adults may not be able to give you. It is imperative that young adults continue to have conversations with teens because they could possibly be more open to listen to what you have to say without feeling like they’re being lectured.

When I became a teenager, I started to grow a stronger bond with my older cousin, and today our bond continues to strengthen. Although there are certain things I cannot relate to him about, he used to tell me as much as he could so that I could know things about guys, relationships, and more. When I was younger, I was the annoying little cousin who always had to be around him; and now that I am older, I realize that he doesn’t see me as that same little girl anymore. Having conversations with my cousin sparked a bond that I never thought would happen because I felt so different from him. In the end I noticed that we’re not.

Now, I feel the same way that my cousin felt when I came to him as a teenager. My younger cousin is a girl, and with two older brothers she sometimes feels more comfortable talking to me about certain things than her brothers or her parents. I make sure that I give her the best advice that I can whenever she talks to me, and I’m happy she trusts me enough to tell me things and have heartfelt conversations with her. My cousin isn’t the only teen that talks to me and asks me important questions. My neighbor who is the same age as my cousin often confides in me because she’s also the only girl in her family. I know how hard it can be to open up to people, especially people who aren’t your family, but I appreciate the fact that my neighbor feels comfortable enough with me to discuss things that are imperative for her to know.

It can be difficult, but conversations about sex, love, and relationships need to be had with teens whether they happen with parents, older siblings, or other young adults.

This is why Talking is Power is important, teens need to know things and in some cases, it is better to hear it from someone they know and trust. Talking with teens can develop into a stronger bond with one another, making it easier for them to talk to you more often. Teenagers need young adults who were in their same situation not too long ago to show them guidance and share stories that they may be able to relate to. Young adults continuing to help teens creates a cycle that never ends.

In my personal experience, my cousin helped me as a teen and gave me advice, and now the cycle has continued, and I talk and give advice to not only my cousin, but my neighbor as well. My personal experience also shows that the people teens have conversations with don’t always have to be an older sibling or blood related. A mentor, neighbor, or even a family friend who a teen can trust and feel comfortable with can have those hard conversations with them while still being able to open up. Sex, love, and relationships are something that no one avoids in life, so it is important to talk to teens about these things because although they may not realize it now, they will thank you for all the advice in the future!

Emani Brooks is a senior at Suitland High School in Maryland. She currently is the President of the Suitland National Honor Society Chapter for the class of 2022. Emani plans to study Business Administration upon graduating high school and hopes to pursue a career in social media management.

Talking is Power and the AAPI Community

Why is it important to encourage conversations between Asian American and Pacific Islander parents, champions, and young people?
May 20, 2022

How can you have age-appropriate conversations about abortion with kids of all ages?
May 19, 2022

When your young person is ready to talk about sex, love, or relationships will you hear them?