Mission Not Accomplished (May 2016): Survey Says

Mission Not Accomplished (May 2016): Survey Says 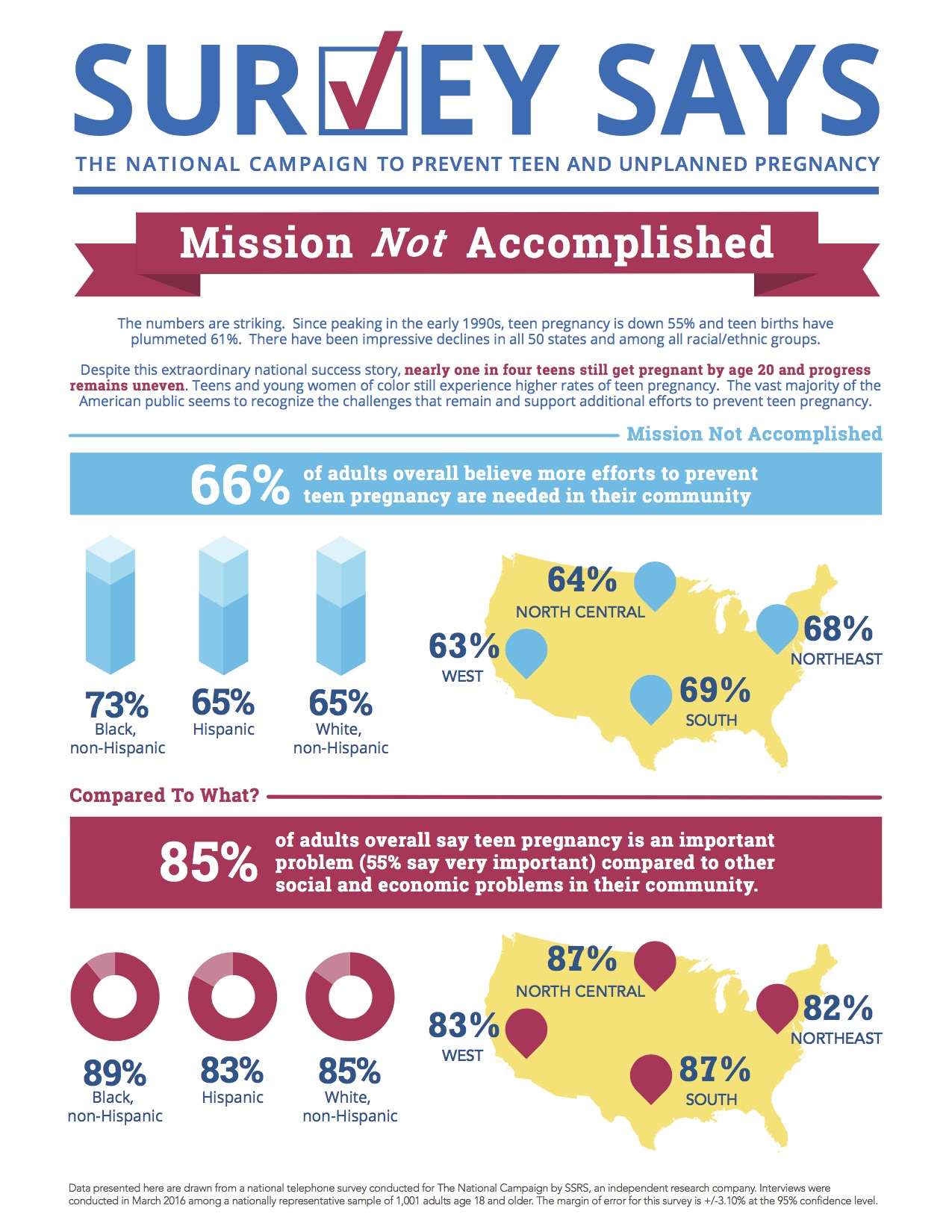 The numbers are striking. Since peaking in the early 1990s, teen pregnancy is down 55% and teen births have plummeted 61%. There have been impressive declines in all 50 states and among all racial/ethnic groups.

Despite this extraordinary national success story, nearly one in four teens still get pregnant by age 20 and progress remains uneven. Teens and young women of color still experience higher rates of teen pregnancy. The vast majority of the American public seems to recognize the challenges that remain and support additional efforts to prevent teen pregnancy.

Increase Funding for the TPP Program

A diverse group of organizations dedicated to the success of youth signed a letter urging Congress to increase funding for the TPP Program.
Fact Sheet

This fact sheet offers details on the laws in 23 states that require insurers to increase the number of months for which they cover prescription contraceptives.
Fact Sheet

Most adults say they have someone they can talk to about sex and relationships; now they can be that someone for the young people in their lives.
Fact Sheet