Mission Not Accomplished (May 2017): Survey Says

Mission Not Accomplished (May 2017): Survey Says 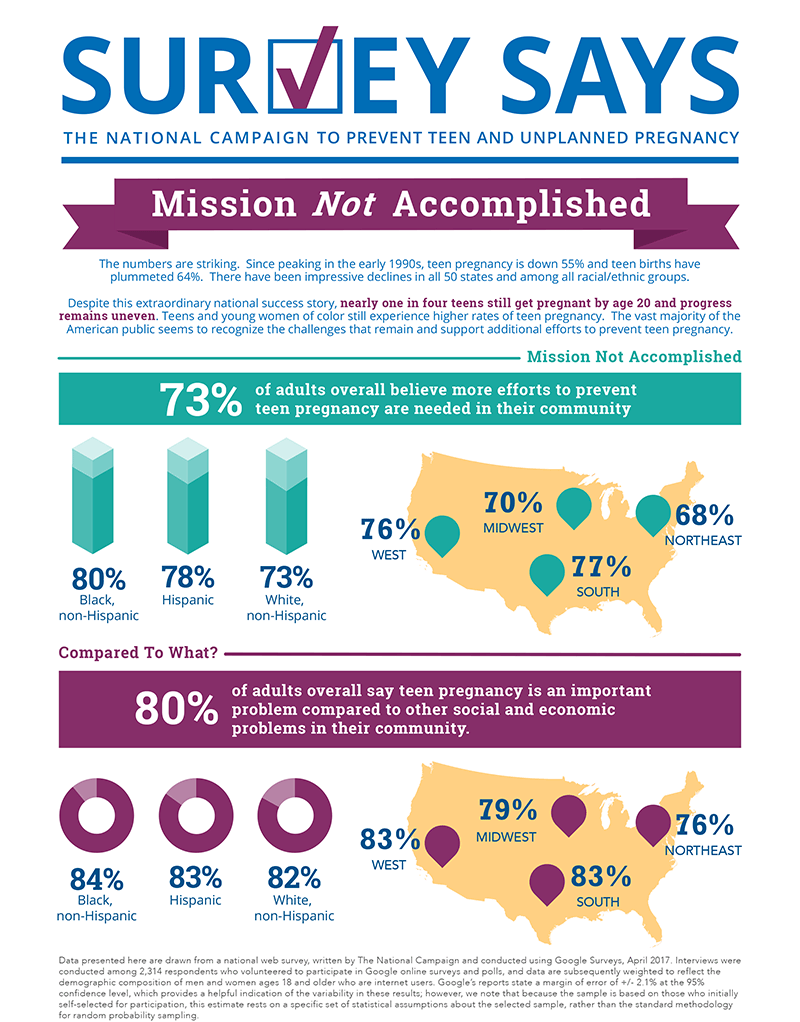 The numbers are striking. Since peaking in the early 1990s, teen pregnancy is down 55% and teen births have plummeted 64%. There have been impressive declines in all 50 states and among all racial/ethnic groups.

Despite this extraordinary national success story, nearly one in four teens still get pregnant by age 20 and progress remains uneven. Teens and young women of color still experience higher rates of teen pregnancy. The vast majority of the American public seems to recognize the challenges that remain and support additional efforts to prevent teen pregnancy.

Telehealth has proven to be a viable option for many people to obtain birth control.
Correspondence

Protect the TPP Program and PREP

More than 200 groups who support federal investments in the TPP Program and PREP signed a letter urging Congress to continue funding these valuable programs.