5 Teachable Moments from Season Three of ‘Never Have I Ever’

5 Teachable Moments from Season Three of ‘Never Have I Ever’ 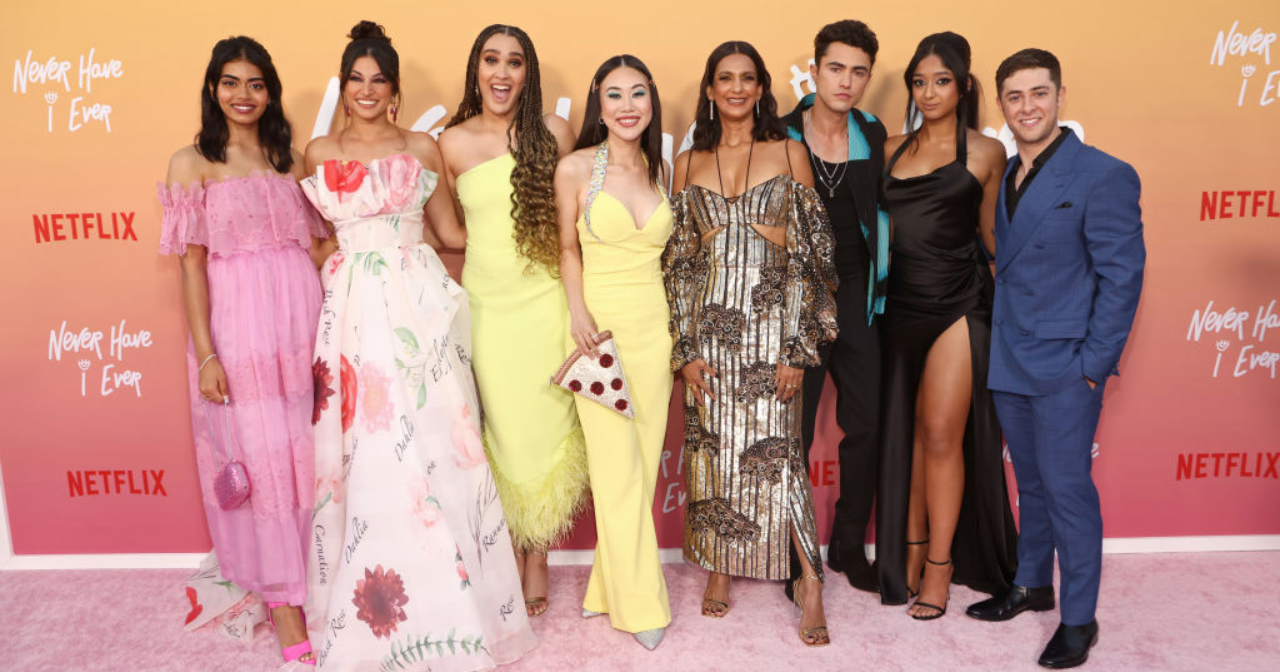 Research shows young people want guidance about love, sex, and relationships from their parents and other adults in their lives. If those topics seems intimidating to broach, relating to the shows teens are already watching can be a great place to start! Never Have I Ever is a show on Netflix that follows Devi Vishwakumar, a first-generation Indian-American high schooler, as she navigates school, dating, friendships, and grieving her dad’s recent unexpected death.

Devi exudes confidence in the best ways – she’s unfiltered and unapologetic while still clearly making up the plan as she goes along. But she is also vulnerable in the most relatable ways, routinely messing up and accidentally hurting people that she cares about. Each chapter of Never Have I Ever has been full of teachable, relatable moments, but here are our top five takeaways for young people from season three, which premiered on August 12th (warning, spoilers ahead!):

Early in the season, Devi is considering having sex for the first time with Paxton after hearing girls at school say that he won’t keep dating her without it. Since her mom, Nalini, forbids dating, Devi turns to her older cousin Kamala for advice. Kamala asks if Paxton is pressuring Devi and is receptive to her questions. After their conversation, Devi realizes she isn’t ready to take that step yet. Their discussion serves as a lesson that what’s most important is that whenever you do decide to have sex, everyone involved is excited about it and really wants to do it. And your first sexual experience shouldn’t be the result of any peer or outside pressure! Devi and Kamala’s relationship also shows young people that there might be unexpected trusted adults in their lives who are willing to talk to them about the tough subjects.

Falling for a Friend

Crushing on a friend can be a daunting feeling. Will it change the friendship to tell them? Will they feel the same way? After Aneesa and Fabiola’s unexpected kiss in the bathroom, it takes a few months of building up courage and deciding to be vulnerable for their relationship to actually start. If your young person wants to tell their crush that they are head over heels, there is a chance it might change their friendship – for better or for worse. If it seems like they are leaning toward going for it, encourage them to just be honest and worry less about what happens next Aneesa and Fabiola’s relationship might have been short-lived, but their story shows how opening up about feelings might actually deepen friendships.

Deciding if You’re Ready for Sex

Before Devi disappears behind a bedroom door with Ben in the final moments of the season, both Eleanor and Fabiola decide to have sex with their partners at moments that feel right for them. Eleanor’s decision comes after a year of building trust with boyfriend Trent, while Fabiola is comfortable to take that step sooner in her new relationship with Addison. It shows that some people feel comfortable with their first partner, and some want to hold off until later: both options are perfectly fine. As Maitreyi Ramakrishnan (the actress who plays Devi) says, “Just understanding that everyone's at a different pace with it, and that's perfectly OK. I think it's awesome that the three girls lose their virginity at different times." Before becoming sexual with a partner, young people should feel empowered to talk to their health care provider or a trusted adult about getting on birth control. They can also do some research on their own, with Bedsider's birth control method explorer.

Though many of the characters experience heartache throughout the show, Devi’s split with Paxton after two seasons of building up their romance is especially impactful. Their break-up is rooted in the fact that Devi is still learning how to have the confidence that she is a desirable partner. This can serve as an important reminder that any successful romance starts with loving yourself. Devi does go through some post-breakup grief, but by the end of the school year, Paxton and Devi are able to remain friends, support each other, and part on good terms. Their story also shows that a healthy break up involves thinking about how to minimize someone else’s pain and moving on with integrity intact.

In the penultimate episode of the season, Devi plays in her school’s spring concert – which also marks two years since her dad’s fatal heart attack during the last performance. Focused on the excitement of bringing her new (mom-approved) boyfriend Des along, Devi is temporarily distracted from the traumatic memory. As she looks out onto the crowd, however, Devi “sees” her father in the audience and retreats to the bathroom crying and panicky, where an unexpected face reminds her that “grief is an expression of love.” Later, when she confides in her mom about the vision, Devi is comforted by the fact that Nalini sees her dad everywhere.  Devi’s continued journey with grief can show young people that the healing process has no set timeline and can take many forms.  By leaning on her friends and family, Devi is able to mature while honoring her grief.

Throughout three seasons, Devi (and her friends) have matured and learned a lot about themselves. Never Have I Ever can help teach young folks about accountability, honoring your true feelings, and prioritizing your own heart. The fourth (and final) season of Never Have I Ever has already been filmed and will follow Devi’s senior year of high school. So stay tuned, and keep talking!

Celebrate Sexual Health Awareness Month this year by opening up discussions about pleasure with the young people in your life.
September 19, 2022

These organizations doing are doing the work to support Latino communities.