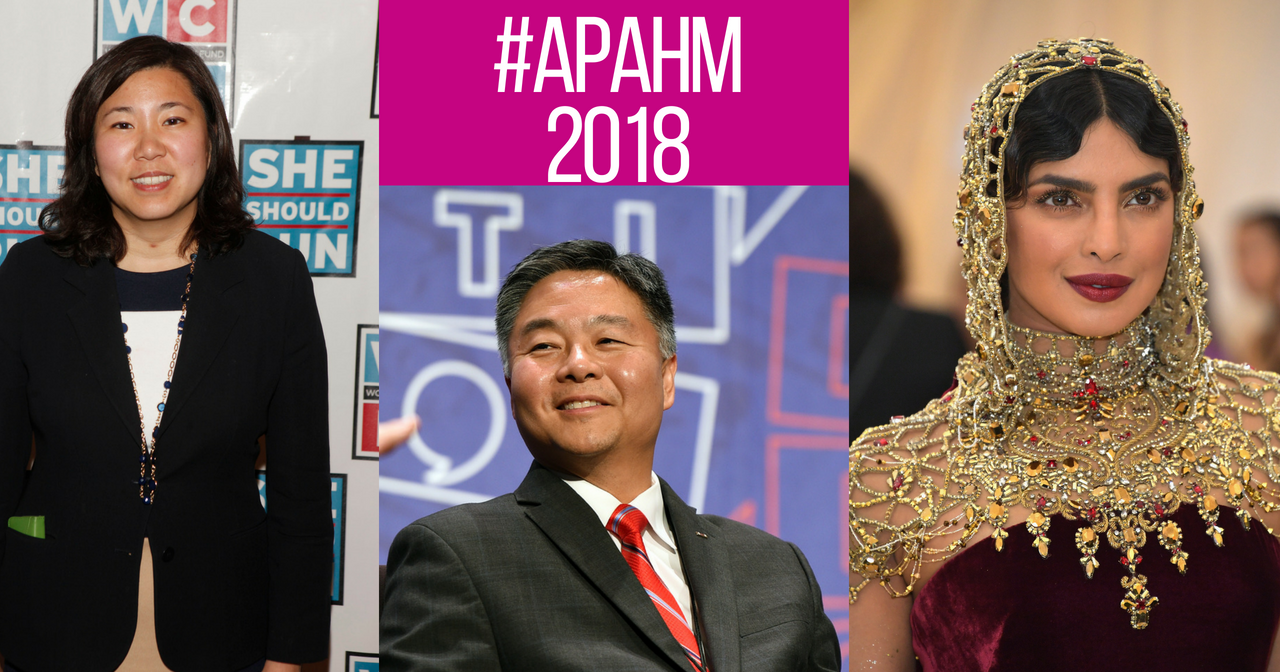 May is Asian and Pacific American Heritage Month—a celebration of Asians and Pacific Islanders in the United States.

According to the Asian-Pacific Resource and Research Centre for Women (ARROW), women from underdeveloped countries have less access to contraception; hence, less control over fertility. In fact, ARROW reports unintended pregnancies among young women in the Asian-pacific region are high—almost 1 in 10 girls become pregnant by age 16 in South and Southeast Asia.

For this year's Asian and Pacific American Heritage Month, we compiled a list of quotes from a few rock star advocates—including policymakers—who we're applauding for being strong champions for women having the power to decide their futures. 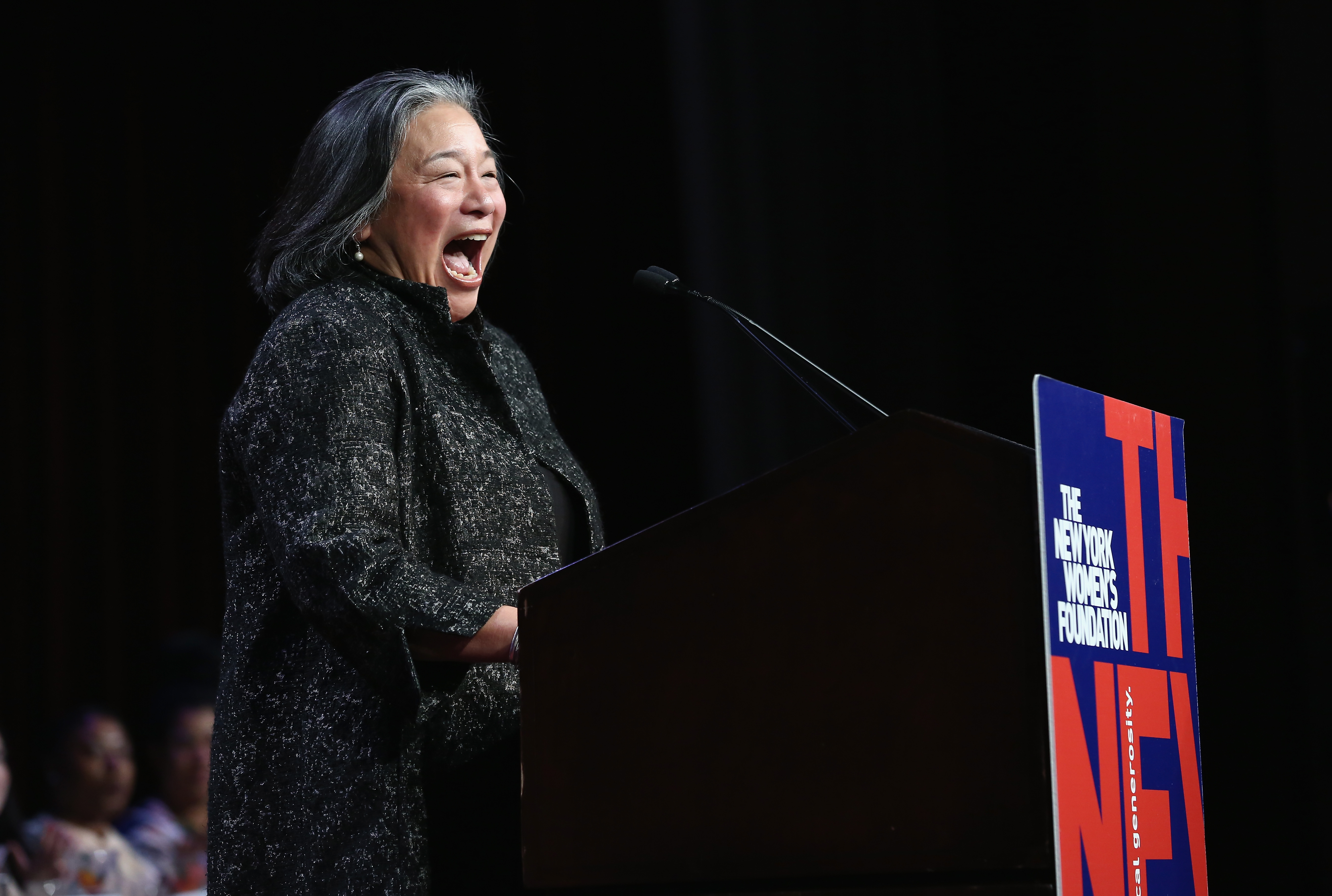 “Women lose the ability to control their own futures if they cannot decide when and whether to become parents, making reproductive health access key to having economic mobility. We’ll never be able to move our nation forward if we legislate by leaving women behind.” 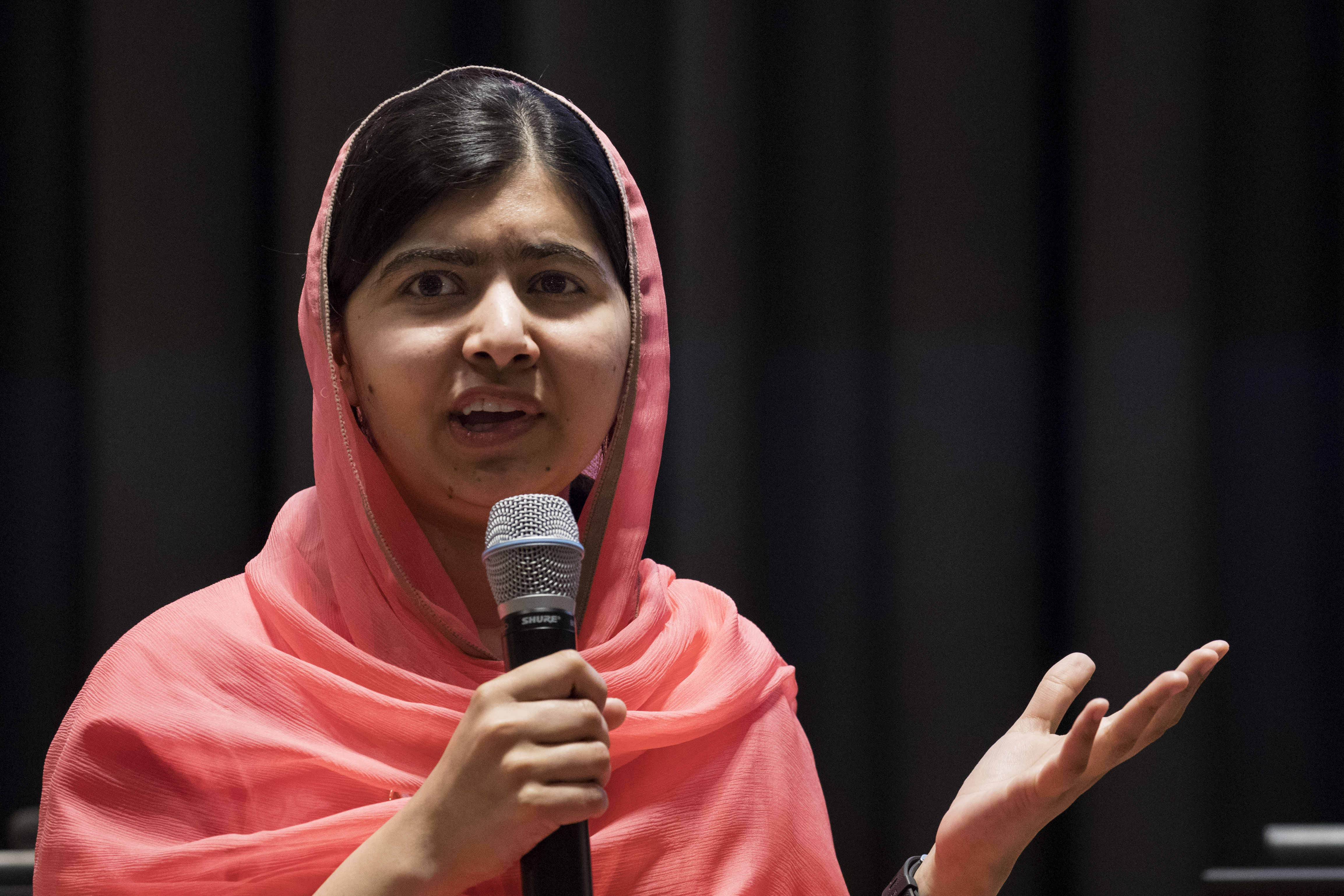 Malala Yousafzai is a Pakistani who changed the face of girls’ education advocacy—becoming the youngest person to win the Nobel Peace Prize after surviving an assassination attempt by the Taliban. Now a student at Oxford University studying philosophy, politics, and economics, she continues to advocate for the importance of education.

“I was a girl in a land where rifles are fired in celebration of a son, while daughters are hidden away behind a curtain, their role in life simply to prepare food and give birth to children.” 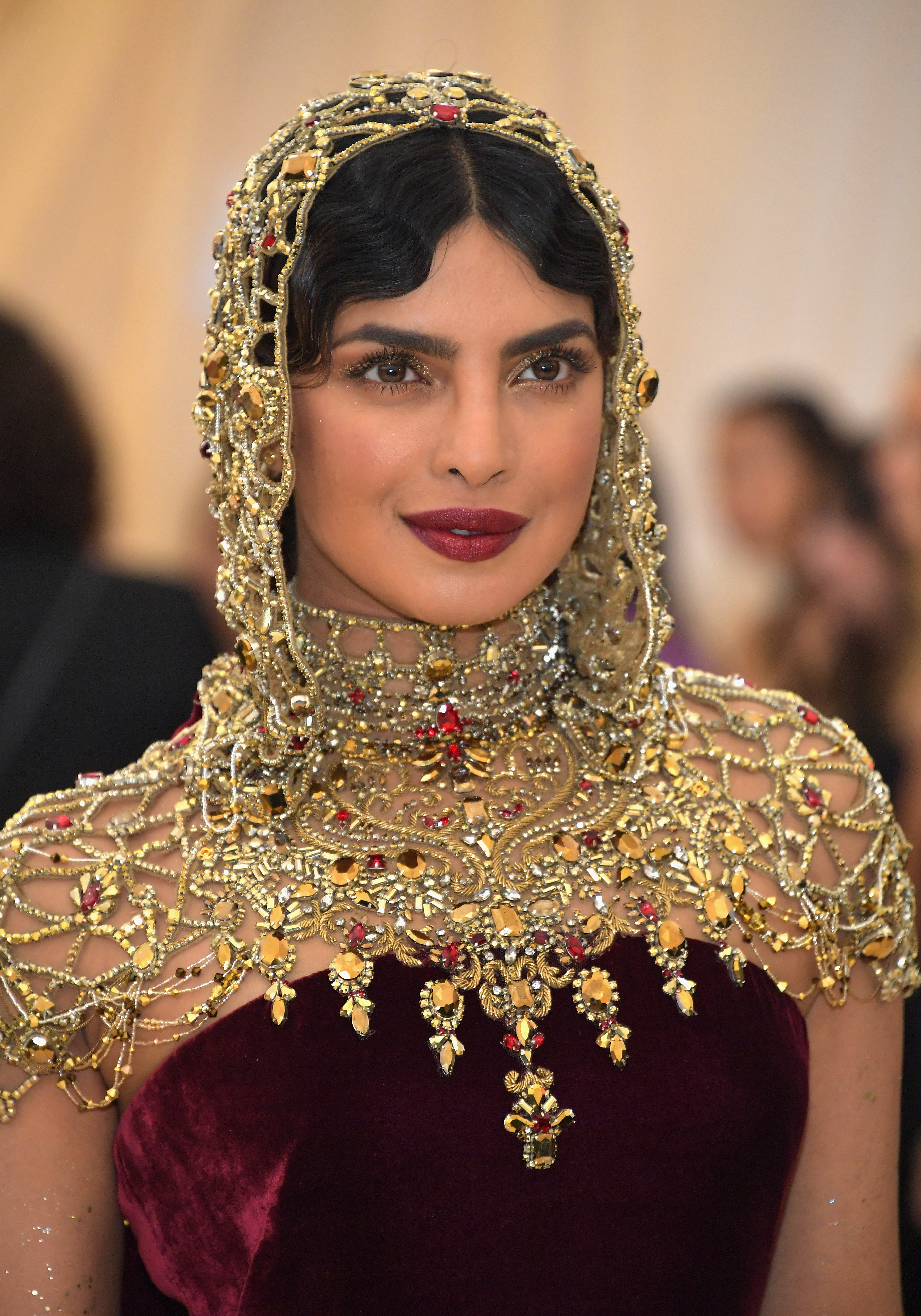 Priyanka Chopra is a star who prides herself on being a feminist. Aside from chasing down bad guys in ABC's “Quantico,” she promotes various causes such as environmental sustainment, health and education, and women's rights. Commenting on how we live in a male-dominated society, she said:

“I think women have been treated like second-class people, no matter where in the world we go. I think we have reached a point where certain women are standing up for themselves and demanding to be taken seriously for their jobs, on merit. I think it is a great time for feminism, there are so many people standing up for women's rights.” 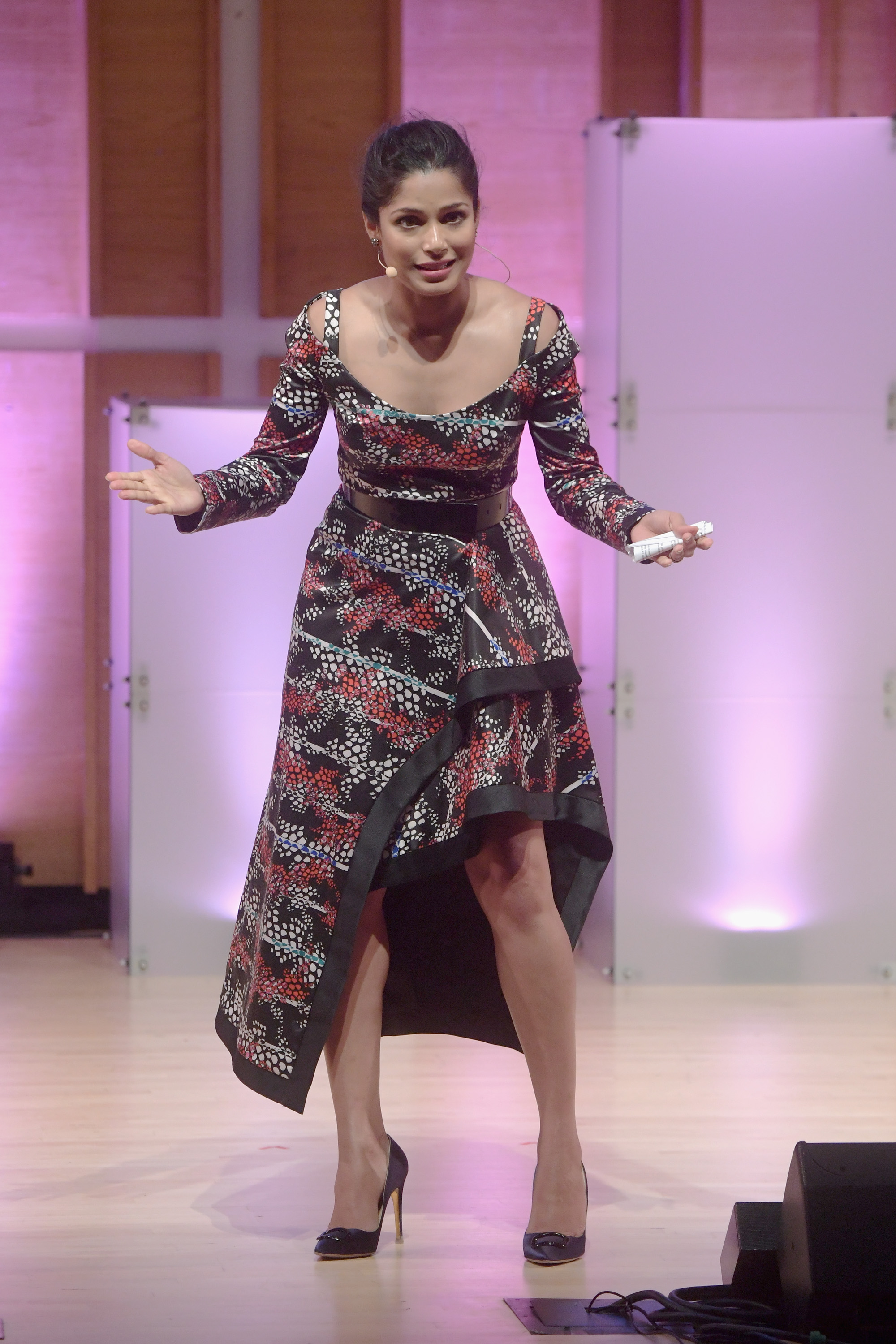 Freida Pinto gained popularity from her female lead in the 2008 British drama “Slumdog Millionaire.” She has since appeared in several American and British productions. It was stated in a New York Times article that she was inspired by Sushmita Sen's 1994 Miss Universe win to one day make her country (Mumbai, India) proud. She has done that by rising to stardom and using her platform to voice her stance on women’s issues:

“I call upon women to raise each other up, to make each other's welfare a priority and to never shame a woman for the choices she makes.” 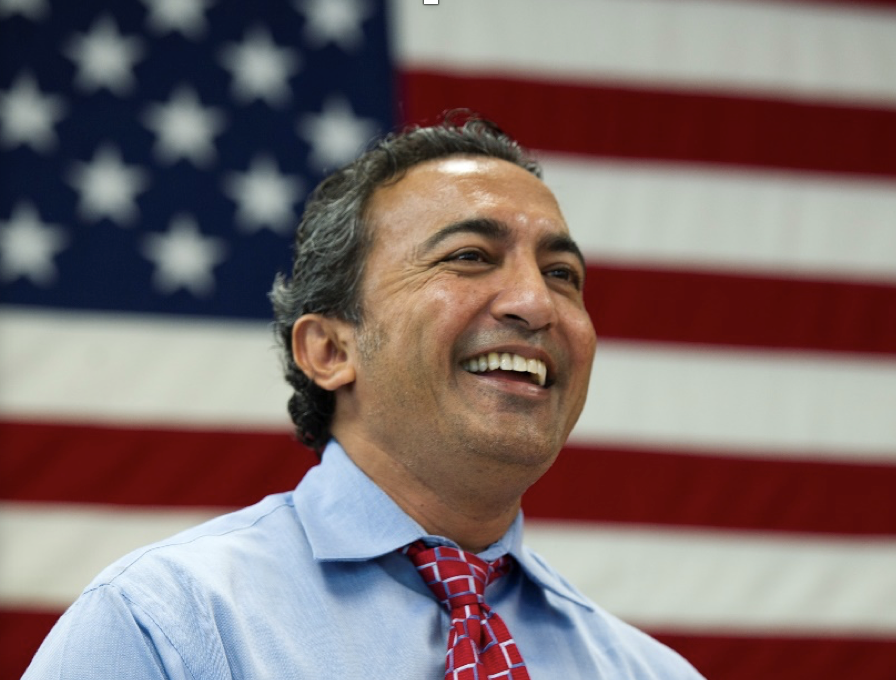 Congressman Ami Bera is a physician representing California’s 7th congressional district in the U.S. House of Representatives. Bera is the longest serving Indian American currently in Congress and is the Vice Ranking Member of the Foreign Affairs Committee.

Bera has been a strong champion for women’s health at home and around the world. The first bill he introduced in Congress was the Women’s Preventive Health Awareness Act to help women navigate the health care system and ensure the care they need–like yearly doctor’s visits, birth control, and breastfeeding support–is covered without additional cost.

“A woman’s health care decisions should be between her and her doctor – not her boss or Washington politicians. As a doctor, I’ve fought to keep the government out of the exam room and ensure every woman has access to the care she needs. Birth control is health care. It enables women to live healthier lives and enhances their economic security.” 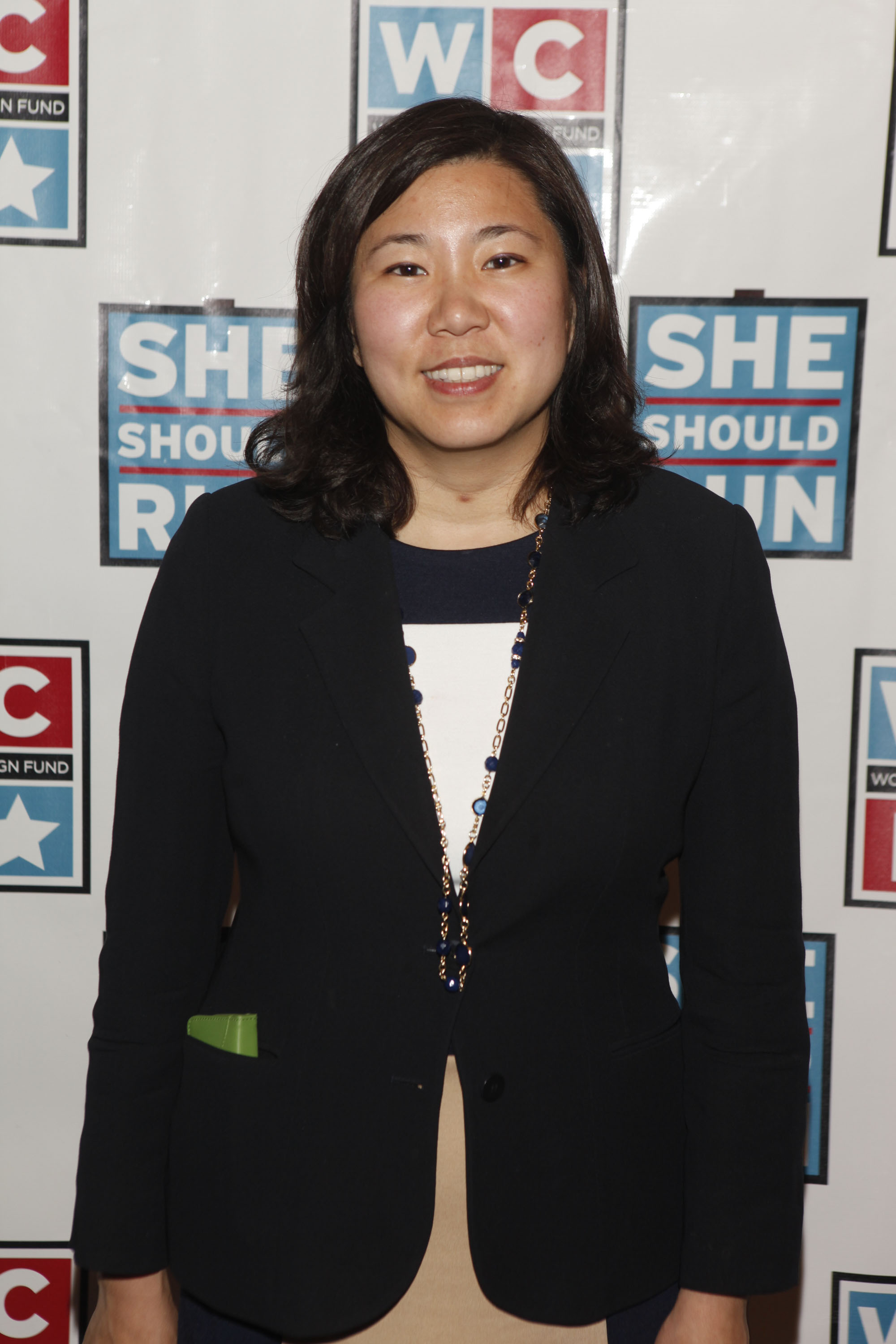 Rep. Grace Meng (D-NY) is a champion of menstrual hygiene management policy, both domestically and abroad. She created the first comprehensive federal legislation (H.R. 972) to promote the health of women and girls by making menstrual hygiene products safer, more affordable, and more accessible for all women, including low-income, homeless and incarcerated women. This legislation has been used as a model for state and local policy around the country. Due to her efforts, homeless assistance providers can purchase menstrual hygiene products with federal grant funds, and federal female inmates can receive menstrual products free-of-charge.

In addition, her advocacy influenced policy in New York State, including the elimination of the sales tax on tampons and pads, and the availability of products in public schools. Rep. Meng is also working to improve the safety of menstrual hygiene products through the removal of harmful colorants and better ingredient labeling. Further, she has worked to ensure that disaster relief and international development interventions take into account menstrual hygiene management so that women and girls don’t lose out on access to educational and economic opportunities.

“Menstruation is a natural process and it is time to stop viewing it as taboo. The more we talk about it, the easier it will be to address real issues around menstruation such as safety of ingredients used in products, and accessibility of these products for low-income, homeless and incarcerated women.” 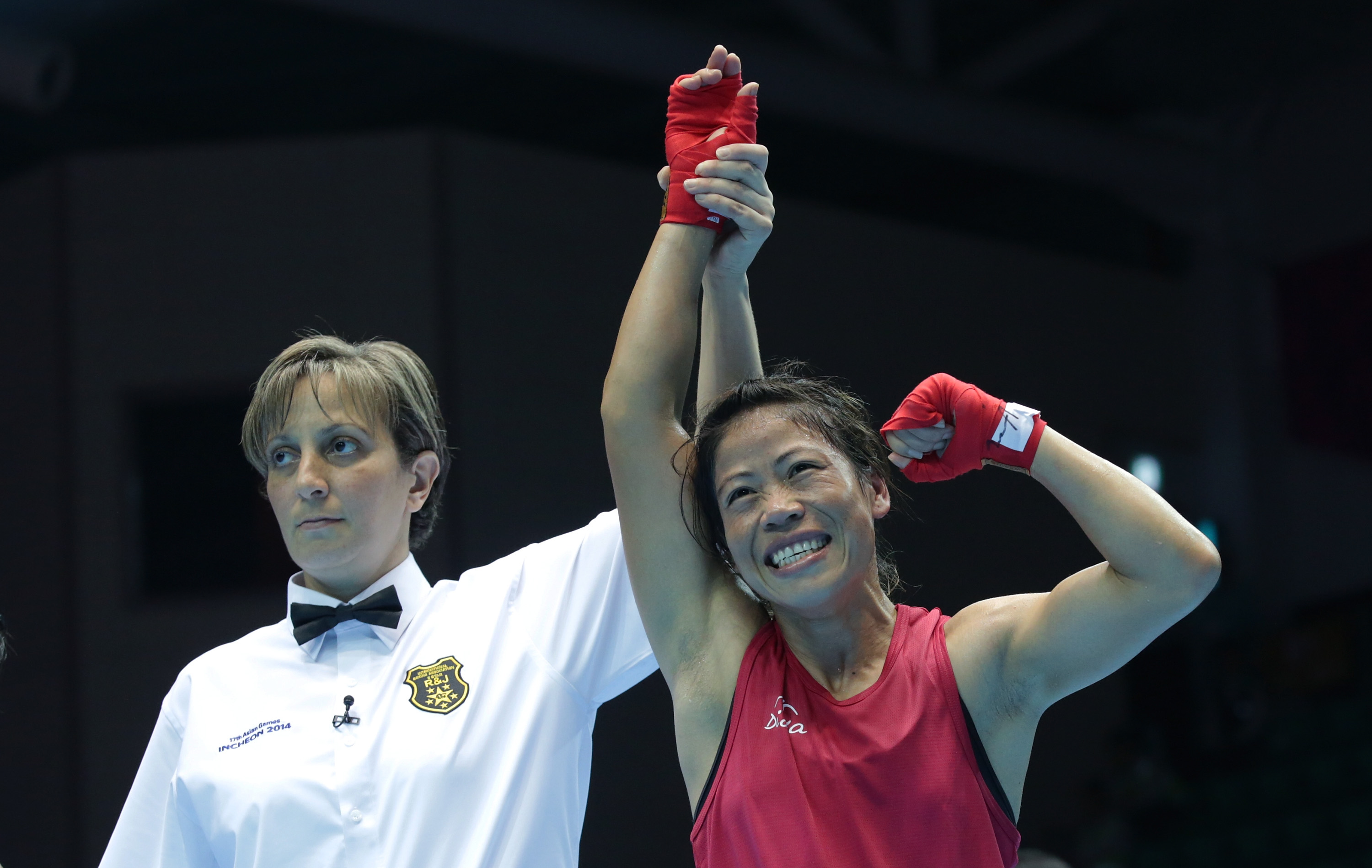 Mary Kom is a five-time World Amateur Boxing Champion and the only Indian woman boxer to have qualified for the 2012 Summer Olympics. She also works to encourage awareness about feminine health needs by supporting The Taj Must Smile campaign. She highlighted the need to ensure good health for women and girls in the rural areas and urban slums of India in an earlier article on the occasion of International Day for Rural Women:

“We need to break this taboo and teach our daughters that it is okay to have periods and it should not weigh them down mentally or physically or hold them back from accomplishing their dreams.” 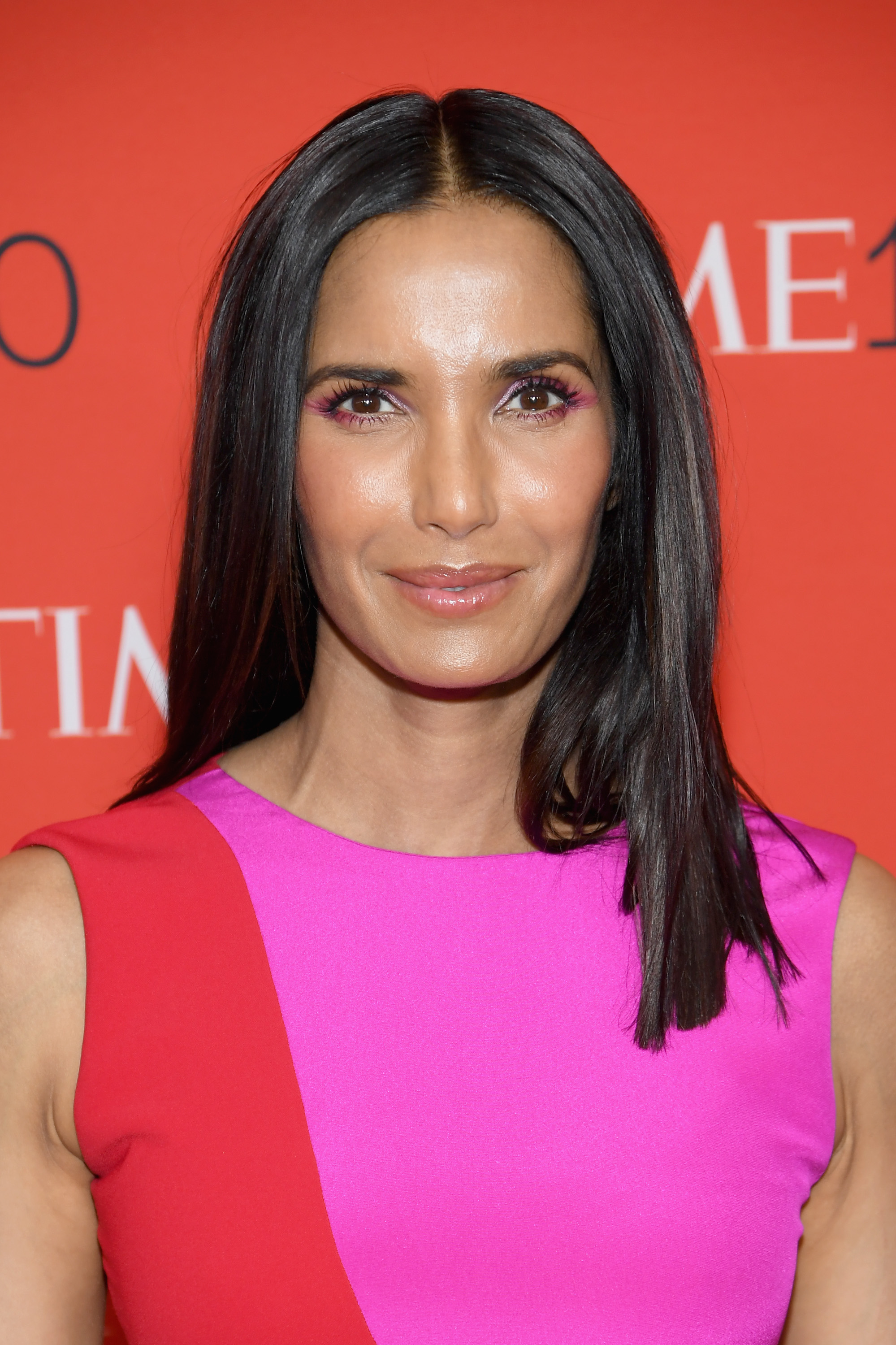 Model, author, actress, and “Top Chef” host, Padma Lakshmi, has long been an advocate for women. In an interview with Rolling Stone, Lakshmi noted that she has had a traumatic journey with endometriosis and therefore co-founded the Endometriosis Foundation of America which helps women get early diagnoses for the reproductive disease. Lakshmi also supports political campaigns such as the Center for Reproductive Rights which calls for fairer legislation around women's choices.

"I am worried that there will be a collection of Supreme Court justices who will take away my rights to choose what happens to my body.” 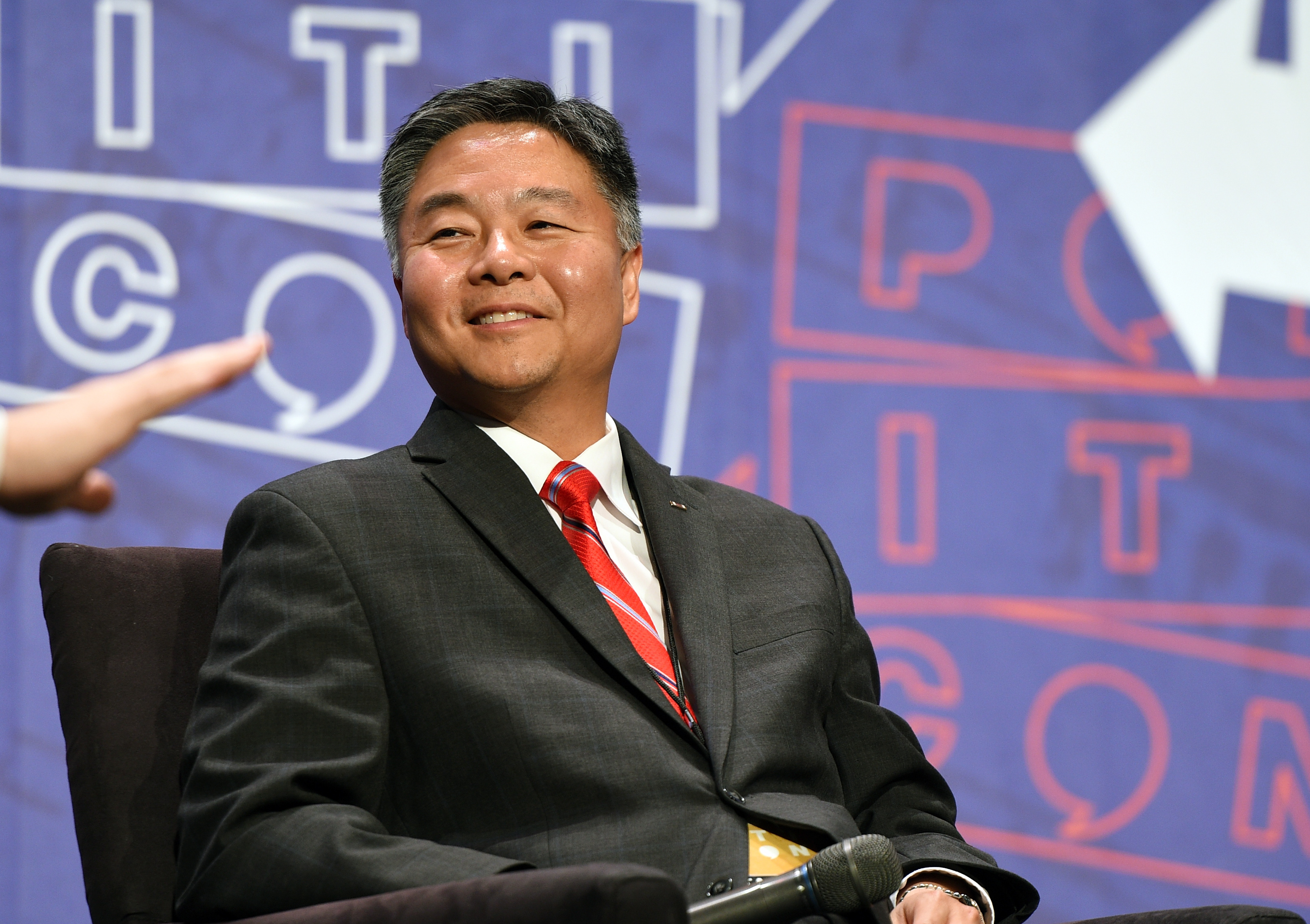 Rep. Ted Lieu (D-CA) has been a longtime champion of progressive values, including fighting for women’s health and reproductive rights. He co-sponsored bills to protect women’s ability to make healthcare decisions independently, to promote strategies to reduce gender-based violence globally and to ensure service members and dependents have access to contraceptives.

As a member of the House Foreign Affairs Committee, Rep. Lieu has been vehemently opposed to the global gag rule and blocking foreign aid for NGOs providing basic reproductive health services globally. As a member of the Congressional Foster Youth Caucus, Rep. Lieu has advocated for more resources for programs involving foster youth, who are disproportionately impacted by unplanned pregnancy. In addition to facilitating Foster Youth educational opportunities, Rep. Lieu co-sponsored the Foster Youth Mentoring Act of 2017 to provide mentoring services for foster youth.

“Making sure that every woman has access to safe, quality healthcare, regardless of their circumstances, is critical. I have spent my career in public office working to protect equal access to reproductive health care for all Americans. Government investments in family planning programs that improve sex education and help prevent unplanned pregnancies are vital to our nation’s public health and the strength of our economy and workforce. I will continue to fight all efforts to limit reproductive rights both in the United States and abroad.”