Catching Up with Innovation Next 2016 Winners, Momentos

Catching Up with Innovation Next 2016 Winners, Momentos 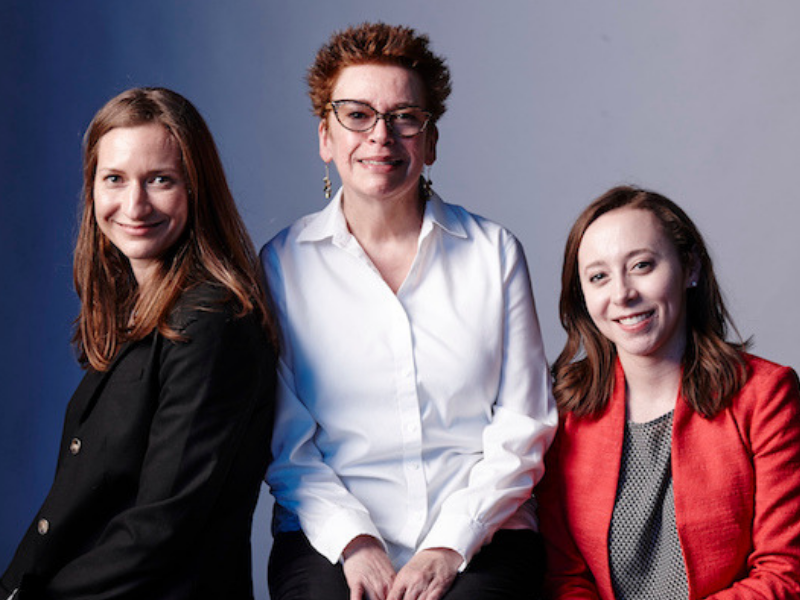 While working with IDEO in 2008, Power to Decide used the process of human-centered, empathetic design to successfully reimagine sexual education for adults with Bedsider. With funding from the Office of Adolescent Health, Power to Decide and IDEO want to find others interested in giving teen pregnancy prevention a makeover. Using the Design Thinking framework, Innovation Next recruits and works with groups to refine their projects, so that they can successfully pitch them as user-centered ideas to other funders. Our staffer, Maggi, caught up with Julie Yegen, Laura Lourenco, and Sandra Paredes, members of one of the first cohort’s award-winning groups, Momentos:

Maggi: How did you first hear about Innovation Next and how did you form your team?

Momentos: We found out by word of mouth. We’re unique among the winners in that we all work for the same company, Westat. So we had all worked together on previous projects. Julie was part of the group that began the application, while Laura is a usability expert. Sandra speaks Spanish and was brought on to represent our audience and help us conduct our formative research.

Maggi: What was your team's original idea for Innovation Next?

Momentos: The Hispanic/Latino population has the highest teen pregnancy rates in America. We went into this thinking that parents weren’t talking with their kids about sexuality and contraception. We assumed they’d need convincing about the importance of these conversations and how to have them. Our initial idea was a digital toolkit for Hispanic/Latino parents disseminated by online influencers.

Maggi: Did your idea change once you began the Innovation Next design process?

Momentos: Yes! Sandra and Eliana Loveluck conducted Spanish language interviews with parents and we learned that our assumptions were wrong. Parents were having these conversations with their children and they understood their importance. We heard from a lot parents that they connected the fact that they hadn’t talked about sex with their parents to their own decisions. They saw how a lack of information impacted their lives and wanted to ensure that didn’t happen to their kids.

After conducting these interviews and looking at the results, we rethought our design. We reframed it to say, “We know that parents want to have these conversations. Let’s see if we can help them talk about sex more effectively.” We wanted to give them specific information and help them to feel more comfortable when talking to their kids.

Maggi: What does your project look like now then?

Momentos: We used our interviews as the basis to create, test, and refine a Spanish-language text messaging service that provides weekly, practical advice to parents. The texts are customizable based on the age and gender of the children, and guide parents through teaching about sexual health and preventing unplanned pregnancies.

Maggi: Excellent! How did Innovation Next cause you to think outside of the box?

Momentos: There aren’t many projects asking you to get to work without having a solution already. It was a luxury to go in saying, “This is our idea, but we want to talk to our audience.” It gave us time to listen. We had so much room to create and think about what our audience told us.

We also had a sense of safety if we failed. Usually once you’re invested you can’t go back. With Innovation Next we had the ability to do more research as we moved through our project. The sense of openness and trust that we built in the early days helped us to brainstorm ideas without worrying about anything getting tossed aside. At every point we knew we could try things we wouldn’t have otherwise considered because they sounded too crazy. We embraced ambiguity and brainstormed out of the box. The supportive team dynamic that we learned from Innovation Next and Power to Decide was pervasive and over the two and a half years we worked on our project, it was persistent.

Maggi: What is your biggest takeaway from Innovation Next?

Momentos: One of the tenets of Design Thinking is that the audience is the expert in their lives. It intuitively makes sense, but approaching a project using it as your guiding star makes everyone’s lives easier. It became a mantra for us. The commitment of Innovation Next to use Design Thinking and to leverage empathy instead of sitting in an ivory tower allowed us to spend time with the community. We got answers directly from them, which changed our program design in meaningful ways. It touched every aspect of our program too. We wrote all our content in Spanish, and only translated it into English for ourselves.

Maggi: What future goals do you all have for this program?

Momentos: We know that the work we’ve done is impactful—91 percent of parents enrolled in Momentos used content to initiate conversations about sexual health with their children. Our hope is to secure more funding to continue the program and expand it. For example, we linked to a lot of existing resources, but we had a hard time finding strong audio/video resources in Spanish. We’d love to create those resources ourselves.

Innovation Next will soon open for a new round of applications. They are looking for diversity within the teams and for diverse projects, particularly those working with underserved communities. For more information, visit https://innovationnext.org/eligibility.

*Responses have been edited for clarity

These organizations doing are doing the work to support Latino communities.
June 16, 2022

An Equitable Framework for Femtech

How can femtech increase equity in sexual and reproductive health?
May 5, 2022

Prompts and Tips to Starting Talking

Need help to start an inclusive conversation or keep it going? Check out these suggestions.