Catching Up With Innovation Next 2016 Winners, MySexEd

Catching Up With Innovation Next 2016 Winners, MySexEd 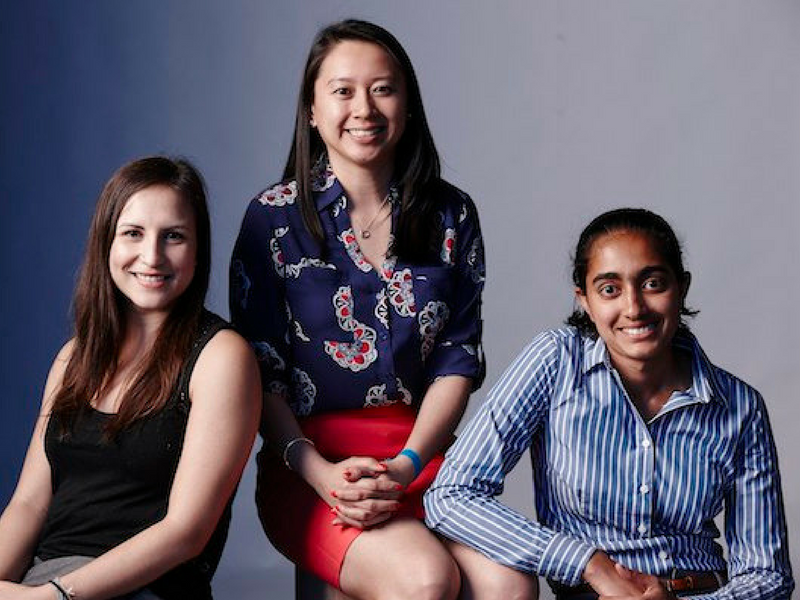 While working with IDEO back in 2008, The National Campaign used the process of human-centered, empathetic design to successfully reimagine sexual education for adults with Bedsider.org. With funding from the Office of Adolescent Health, The National Campaign and IDEO are now on a mission to find individuals interested in giving teen pregnancy prevention a complete makeover. Using the Design Thinking framework, Innovation Next recruits and works with several groups to refine their projects, so that they can successfully be pitched as user-centered ideas to other funders. Our staffer, De'Jonnae, caught up with one of last year's award-winning groups, MySexEd:

De'Jonnae: How did you first hear about Innovation Next?

MySexEd: Prior to starting this project, my group and I had been doing work around increasing access to sex-ed. We'd all been thinking through the how technology could help with access. A mutual friend of our group suggested that we apply for the Innovation Next cohort. Since we were already interested in scaling our work, it felt like the perfect fit.

De'Jonnae: Can you tell me a little more about your team? How did you all come to be a group?

Cristina, MySexEd: I personally grew up in El Paso, Texas. Many of my peers were teen parents and when I moved away to college I saw that this wasn't just an issue in El Paso–but everywhere. While pursuing my PhD in Public Health, I met Liz Chen. She and her colleague, Vichi Jagannathan were also interested in teen pregnancy prevention. Both Liz and Vichi were Teach for America Corps members, so they too, had firsthand encounters with teen pregnancy and its adverse effects in the community and on the youth as former high school teachers.

We're all living in North Carolina right now, and here it's legally required to teach comprehensive sexual education in the classroom. Sadly, this requirement is not enforced. Liz and Vichi had begun the process of using technology to educate youth about sexual education at the high school level. By the time I met Liz and she introduced me to Vichi, we realized we had these overlapping interests. So, I joined their efforts.

De'Jonnae: What was your team's original idea for Innovation Next?

MySexEd: We proposed an idea in the initial application to put together an educational app that taught sex ed through interactive videos and activities. Once we arrived at our training we were challenged to start from scratch. We were asked to let go of our assumptions about what the solution to teen pregnancy may be, and learn–from the ground up–about what our teens wanted and needed.

We wanted to develop a mobile app for teens, specifically middle school students.  We wanted to take the traditional sex-ed approach and unpack it on a mobile platform. We thought that was what kids would need and want.

De'Jonnae: How did your idea change once you began the Innovation Next design process?

MySexEd: After we began the Innovation Next process, which called for a human-centered approach, like interviewing teens, we learned that what teens actually want varied from our assumptions. We originally assumed that teens do feel that sex and sexuality is private topic –and we were right about that. We learned that teens are generally very curious about sex and that they have many questions–but they don't always want others to know that they're interested.

That first round of interviews confirmed for us that a mobile app was definitely the best way to move forward. The group of teens we interviewed didn’t want others to know what they were liking or looking at, even if it was informational. Unpacking this important information on a mobile app, which can be easily accessed on a cell phone, would allow us to optimize a private secure environment for kids to learn about sexual education.

We also learned that kids don't want to feel like they're in school and being lectured. They don't want to take quizzes and read long articles. So, through this human-centered design process we were challenged to rethink how we are going to distribute information. We learned that teens like peer-learning, that is, learning from their peers' experiences–and there's a lot of science supporting why this is true. Suddenly, we were on to something. We thought, let's capture real stories from real teens, and disperse information that way!

De'Jonnae: How did Innovation Next cause you to think outside of the box?

MySexEd: We were on track about this whole mobile app approach but we were challenged to think outside of the box when we began to plan how we were going to incorporate teens' input. Innovation Next stripped us of our assumptions and forced us to start from the beginning–with our audience. We went to our audience to learn directly from them about what they wanted and needed.

De'Jonnae: Can you tell me more about your project?

MySexEd: We've designed a mobile app that features three new stories per day and a feed of older content. When you click into one of the stories, you'll see that it has been written by teens and for teens. We use teen language and emojis. All of our content is written by teens, we only edit for relevance and safety. When a teen is reading a particular story, they can react to the story using emojis. They are also able to search for key words and read suggested existing high-quality sex-ed content that’s already published online–depending on the topic that they want to know more on.

De'Jonnae: What is your biggest takeaway from Innovation Next?

MySexEd: Learning the human-centered design process changed how we approached our work and challenged us to really try and understand the people we want to serve. Seeking teens' feedback early and often throughout the design process has taught us so much. We now understand that we are not the experts, our teens are.

Public health research isn't always the quickest to obtain and access, but this human-centered design approach is a great way to normalize building and iterating.

De'Jonnae: How do you anticipate teens benefitting from your app? What future goals do you all have for this app?

MySexEd: We want every teen who wants access to information to be able to use our app and get what they need. We are open to partnerships with schools and other teen-serving organizations, but we are committed to reaching teens directly. We want to impact the way teens are making sex decisions.

So far, we've received a few prizes, mentorships, and grants that came to us through our many connections. We have really committed ourselves to applying for all different types of support. We have also been encouraged to think through the monetization of our app without interfering with teen access. We have launched the beta version of our app in iOS (available for download now!) and hope to launch an updated version in the Spring of 2018, with improved content and features. We look forward to being able to effectively serve the teens we care so deeply about.

For more information about Innovation Next, visit www.innovationnext.org.

*Responses have been edited for clarity

Tech philanthropy is great, but what if your sexual health tech project is earlier in development?
July 6, 2021

Show Me the Money

There’s a whole world of tech funding that might be a good fit for your sexual and reproductive health project. How to raise money for your tech project.
June 10, 2021

The tech world offers many funding opportunities for those who are innovating in the world of sexual health, but the world of tech can be intimidating.