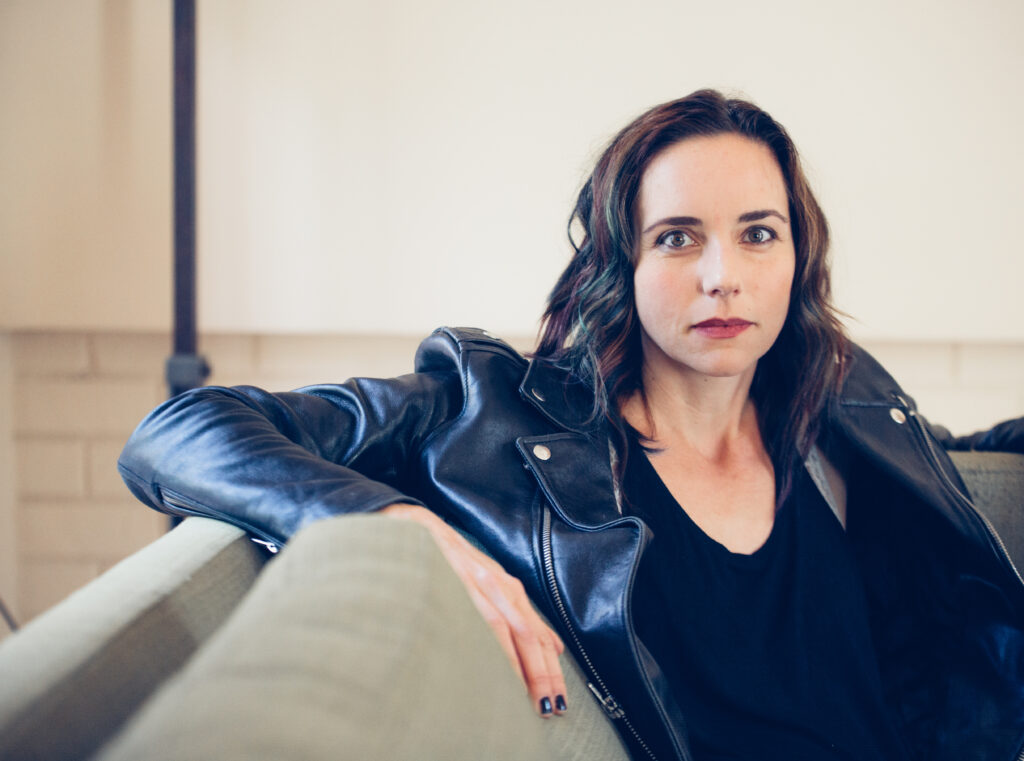 Welcome to the first in a several part series! I can’t think of a better way to wrap up Let’s Talk Month 2020 than with a candid conversation with Jenni Hendriks, the talented author and producer of Unpregnant—this fall’s hit “abortion buddy comedy” on HBO Max.

Jenni shares her inspiration for the story, her uncanny timing, and why she shares our belief that #TalkingIsPower.

Unpregnant was first published in 2012 as a young adult novel. Hendriks and her writing partner, Ted Caplan, worked together on the iconic CBS comedy How I Met Your Mother when she proposed that they write this book together. As we discuss here, since her book was published, much has changed in the world of media and reproductive health; and yet so much about abortion access and the need for open conversation is just as urgent now as it was then (maybe even more so).

We had so much to talk about that we’ll share the rest of our conversation in November. Until then, read on for some great insights and backstory, tell us what you think, and share the movies have helped you jump-start life-changing conversations with us at @PowerToDecide #TalkingIsPower.

MN: Unpregnant is such a sweet and funny relationship story at heart. Veronica and Bailey are nuanced characters who surprise themselves, each other, and us. What inspired you to make Ronnie getting an abortion the "action-forcing event" that fuels their story?

JH: The initial idea for Unpregnant came way back in 2012. I was driving home from work on How I Met Your Mother, listening to NPR. There was a report on a proposed law that would create a 72-hour waiting period to get an abortion in South Dakota. I started to think about how hard it was to access abortion in many parts of this country, how lonely and difficult making that journey might be, and who you would bring with you on that trip. Once I got home, I texted Ted, my writing partner, “I know what our next project is: abortion road trip” and he texted back something like, “Um, that sounds … depressing,” and I was like, “No, don’t worry. We’ll make it funny.” Which only made him more confused.

But even though I wasn’t expressing it well at the time, I was really invested in the idea of using humor to explore the topic of abortion. It’s an incredibly common procedure that a lot of people still have difficulty talking about. And humor is a great way for people to feel more comfortable with a difficult subject.

Much of the time when abortion has been presented in the media, it’s been focused on the choice—a weighty exploration of whether the person wants to become a parent. And always depicting the decision to have an abortion as fraught and dramatic can lead to feelings of shame. We wanted to write a story where our main character knew exactly what she wanted to do from the very beginning, her only obstacle was how to get there. As writers we never wanted to make light of the decision to get an abortion, but we were more comfortable poking fun at how difficult it is to actually get one. In 2017, 89% of people lived in counties without abortion access. If you are underage, 37 states require parental involvement in the decision to have an abortion. And more laws restricting access are being written seemingly every day. So, to highlight the absurdity of this, we thought, why not write an absurd, boisterous, slightly insane road trip story?

Ultimately, the two reasons behind choosing to center our story of friendship around the need to get an abortion was to help alleviate some of the shame people feel about the topic and to point out how absurdly difficult it can be to even get one.

MN: The timing of your book and film feel incredibly prescient. What do you hope young people take away from the Unpregnant story in this moment?

JH: Considering we started this story in 2012, it’s been awful watching it become more and more prescient. I would hope after reading the book or watching the movie you’d think, “Wow, I want a friend like Bailey.” And also, “I never, ever want to have to make a road trip like that just to get health care.” Of course, with the way things are going, road trips like Veronica’s may become the norm in large swaths of the country. So, I guess what I hope young people take away from Unpregnant is an urgent desire to vote.

MN: Tell us a little bit about what it's been like to do press for Unpregnant this fall. What are some of the best (or worst) questions you've had to address?

JH: It’s been so much fun doing press for the movie. I love talking about the process of getting the book written and the movie made, but my favorite part has been hearing people’s reactions. It was somewhat scary to write a book that we knew would likely get us hate mail. But the reaction has been overwhelmingly positive. We’ve heard a lot of personal stories, spanning the era before Roe v. Wade to very recent. I’ve felt honored that people were comfortable enough to share their experiences with me because it meant that the book and movie are doing what they are supposed to do—alleviate shame and make people more comfortable with the subject of abortion.

As far as worst questions go, they aren’t bad per se, but I am terrible with pop quiz type questions, like “Favorite road trip song, go!” I always freeze up, answer something generic and then think of the perfect response two hours later.

MN:  Power to Decide's #TalkingIsPower and Unpregnant feel like they were made for each other. The power of open conversations is life changing. Like Veronica, many young people don't feel that they can confide in their parents about sex and pregnancy, even if they have a close relationship. What advice do you have for young people who see themselves in Ronnie?

JH: Well, like Ronnie, I grew up with conservative parents, so I totally understand feeling like some topics may be difficult or impossible to broach. This is when I believe that stories, especially movies and TV shows, can be really helpful. Watching something together like Unpregnant (or Love, Simon, or The Hate U Give) can allow you to talk about a challenging subject without making it personal. Starting with a discussion about a fictional situation can then open the door for another conversation further down the line that does get personal.

MN:  What advice would you give to your teenage self when it comes to talking openly about sex, love, relationships, and ultimately, birth control?

JH: The more you talk about it the easier it gets. Also, talking openly about things often leads to discovering that other people are going through (or have gone through) similar experiences. It can make you feel less alone.