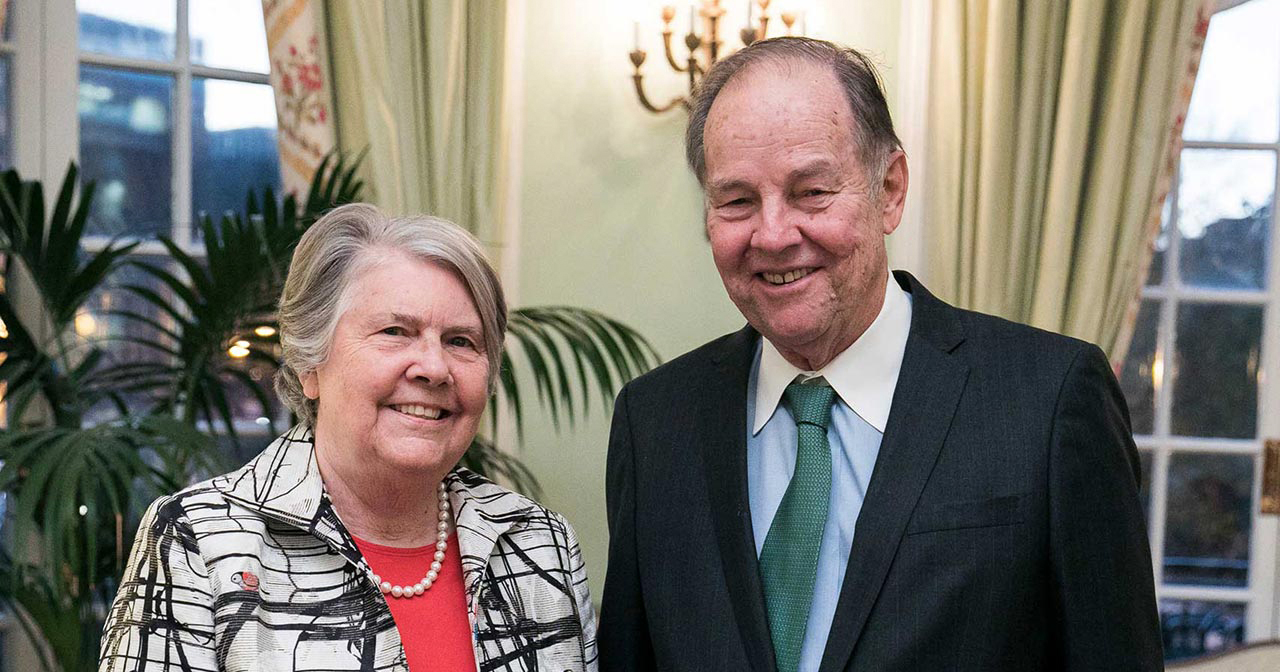 On Monday evening, many of the country’s most committed public servants and advocates gathered at the Sulgrave Club in Washington, D.C. to celebrate Governor Tom Kean and Dr. Belle Sawhill for their leadership at The National Campaign as board chair and president, respectively. As Tom and Belle complete their more than two decades of service on the board, fellow board members, advisory group members, and friends of The National Campaign celebrated them for working to accomplish what many thought was impossible—tackling unplanned pregnancy rates head on.

In 1995, when President Clinton expressed the need for a national campaign to address the growing teen pregnancy rates, it was clear that, if this effort was to succeed, it would have to be a non-partisan initiative. Both Belle and Tom were uniquely qualified to meet the immense challenge and from the organization’s inception to its 20th anniversary and beyond, they have worked to establish The National Campaign as the source of non-partisan, evidence-based information, resources, and guidance.

Tom and Belle received the Sarah S. Brown Award for Innovation in Pregnancy Planning and Prevention as a tangible way to honor their contributions to the field. Due in large part to their innovative leadership, the country has seen an unprecedented 67% decline in teen birth rates over the last two decades. This award, and the event itself, is a celebration for Tom and Belle as they move on from their board positions, as well as a renewed call-to-action for The National Campaign, as we look to the next phase of our work. We are fortified by the creativity, versatility, and immense integrity that has been their hallmark over the last 20 years of leadership.

As we toasted and said farewell to Belle and Tom, The National Campaign began to prepare for our next chapter. Despite historic declines in teen pregnancy, the fact remains that nearly one in four teens still get pregnant by age 20 and the progress we have made remains uneven. Teens living in poverty are disproportionately more likely to experience an unplanned pregnancy, as are African-American and Latina teens. Though we celebrate the extraordinary accomplishments made possible by both Tom and Belle’s leadership, we stand more committed than ever to ensuring that young people have the power to decide if, when, and under what circumstances to get pregnant. We are grateful for Tom and Belle and their years of leadership and guidance, and we’re excited to tackle the next 20 years with the same commitment that they’ve displayed over the last two decades.

Unplanned pregnancy
About Us
Teenage Pregnancy

The Power to Decide team shares why they love their birth control method.
July 19, 2022

In a new series of 10 videos, Dr. Raegan explains the ins and outs of different birth control methods.
June 30, 2022