by Rose Weeks, Director of Communications for the Center for Indigenous Health 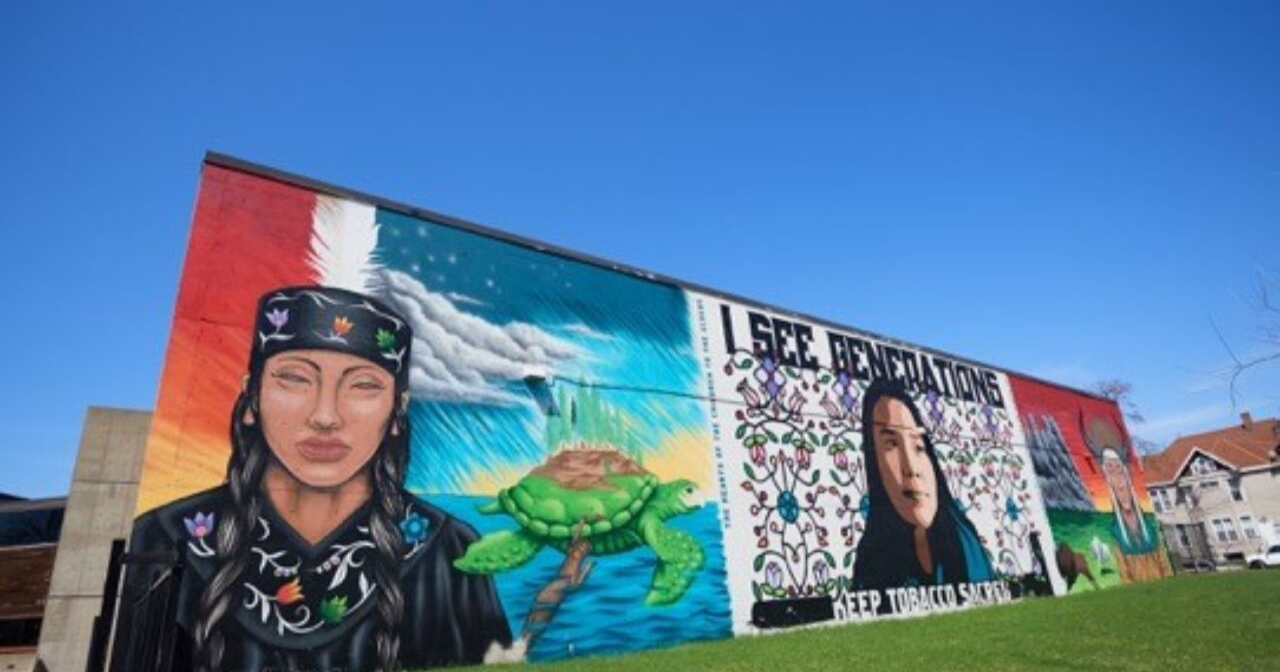 Nationally, teen pregnancy rates have declined by 67% since peaking in 1991. Yet significant disparities remain. Native American teens have the highest teen birth rate of any U.S. group, and 4 in 10 Native American women begin childbearing in adolescence.

Indigenous reproductive health advocates around the country are working to address these disparities. They are giving young Native people the means to decide their future using Respecting the Circle of Life, a comprehensive sexual and reproductive health program developed by the Center for Indigenous Health, in collaboration with tribal partners. Respecting the Circle of Life, which serves youth between the ages of 11-19, is the only teen pregnancy prevention program proven to work in Native American communities.

Respecting the Circle of Life is now being implemented in settings as diverse as rural Arizona, on the Navajo Nation and—starting this summer—the urban industrial core of Minneapolis, Minnesota.

“One of my main goals is to de-stigmatize sex and conversations around sex,” said Delilah Robb, a community health educator at the Indian Health Board in Minneapolis and member of the Turtle Mountain Band of Chippewa Indians (pictured below). “It’s important that the youth get this information from professionals so they can take control of their body and their health.” 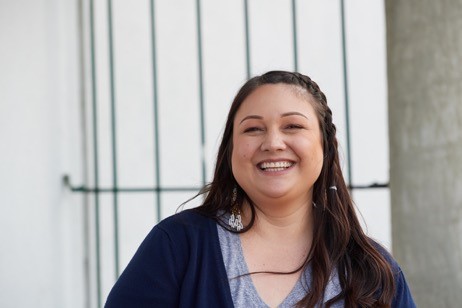 Ms. Robb and another indigenous reproductive health advocate, Logan Tootle, of the Cherokee Nation, jointly hosted a Respecting the Circle of Life camp for young people this past July at the Minnesota Indian Women’s Resource Center (MIWRC). MIWRC serves people living in some of Minneapolis’s poorest neighborhoods like Little Earth, a 9.4-acre, 212-unit HUD-subsidized housing complex home to nearly 1,000 people from 32 tribes. 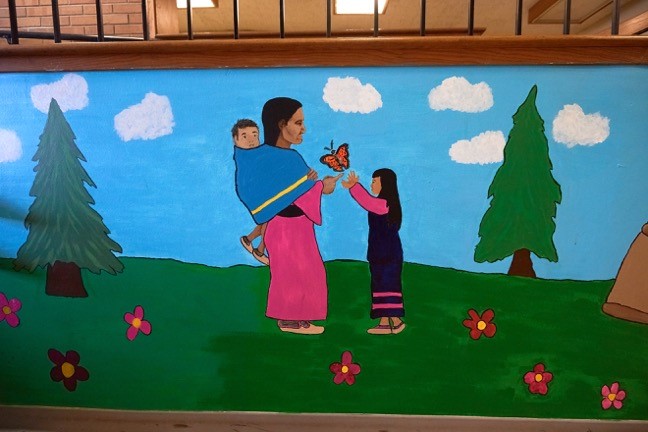 Bringing a culturally tailored teen pregnancy prevention programs to urban Indians is vital because 7 in 10 American Indian and Alaska Native peoples now live in metropolitan areas. Phillips, Minneapolis, where MIWRC is based, is home to one of the largest urban Native American populations in the US.

“It’s important for individuals in Native communities to begin the conversation around STIs, HIV, and teen pregnancy prevention,” said educator Angelita Lee, who helped train 17 professionals to deliver Respecting the Circle of Life in Minneapolis earlier this year. “With Respecting the Circle of Life, we can make sure our Native youth are staying healthy and protecting themselves” 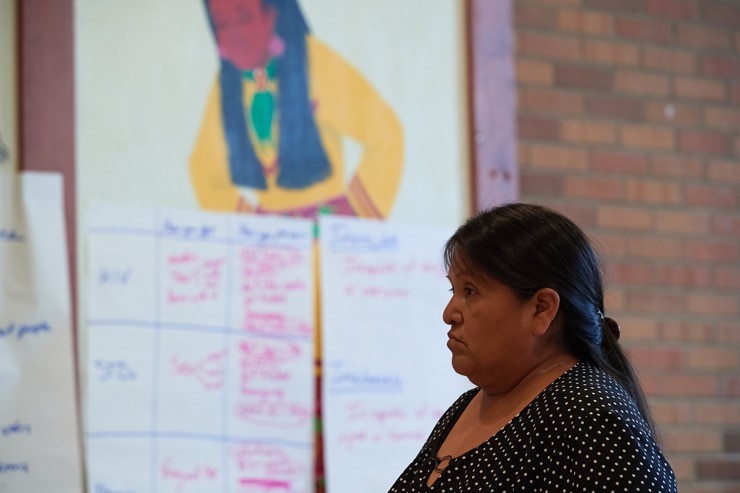 Ms. Lee’s teaching captivated those in her training workshop, including representatives of tribes such as Mille Lacs, White Earth, Prairie Island, Red Lake, as well as other Native American organizations such as Indian Health Board of Minneapolis, American Indian Family Center, Division of Indian Work, and Indigenous Peoples Task Force.

How Respecting the Circle of Life is Taught

“We wanted to share traditions, stories, and practices with youth,” said Ms. Robb. “When you are grounded in your culture you have a sense of self and that is a protective factor—when you feel more involved in a community you aren’t as vulnerable.”

“There aren’t many American Indian-specific curriculums out there,” added Ms. Tootle, pictured below. “Before we found Respecting the Circle of Life, we didn’t have anything comprehensive, with enough information on contraceptives, that is evidence-based,” she said. 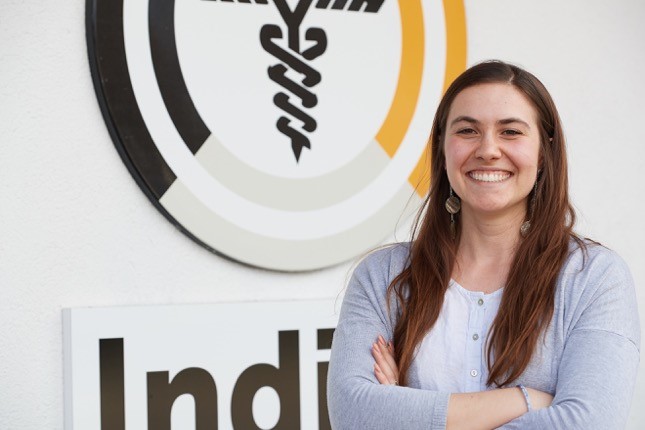 Starting this summer, the Center for Indigenous Health is disseminating Respecting the Circle of Life through ETR, a nonprofit organization dedicating to scaling science-based solutions in sexual and reproductive health and other areas. Communities can purchase the program through ETR’s catalog, which only includes programs with proven evidence. Respecting the Circle of Life is the only evidence-based program in ETR’s catalog developed specifically for Native communities. 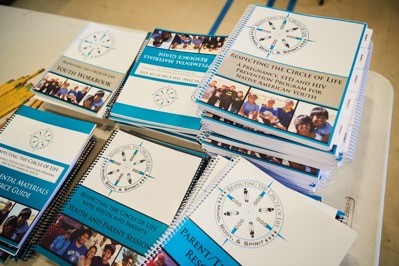 A starter kit is $569—which will cover everything needed for two facilitators to deliver Respecting the Circle of Life to 12 youth and 12 parents or trusted adults. As part of the kit, the Center for Indigenous Health created a comprehensive implementation guide including recruitment materials, camp schedules, and a month-by-month planning guide.

By Rose Weeks, Director of Communications for the Center for Indigenous Health, with photos by Ed Cunicelli.

A round-up of interesting articles about sexual health from the last month.
June 19, 2022

Juneteenth provides us with a time to reflect on the racist roots of abortion restrictions.
April 25, 2022

Read how four of our eight teams are working to improve the reproductive well-being of their communities and the challenges they’re overcoming to do so.