Spirituality & Sexuality: A Journey of Embracing Both

Spirituality & Sexuality: A Journey of Embracing Both 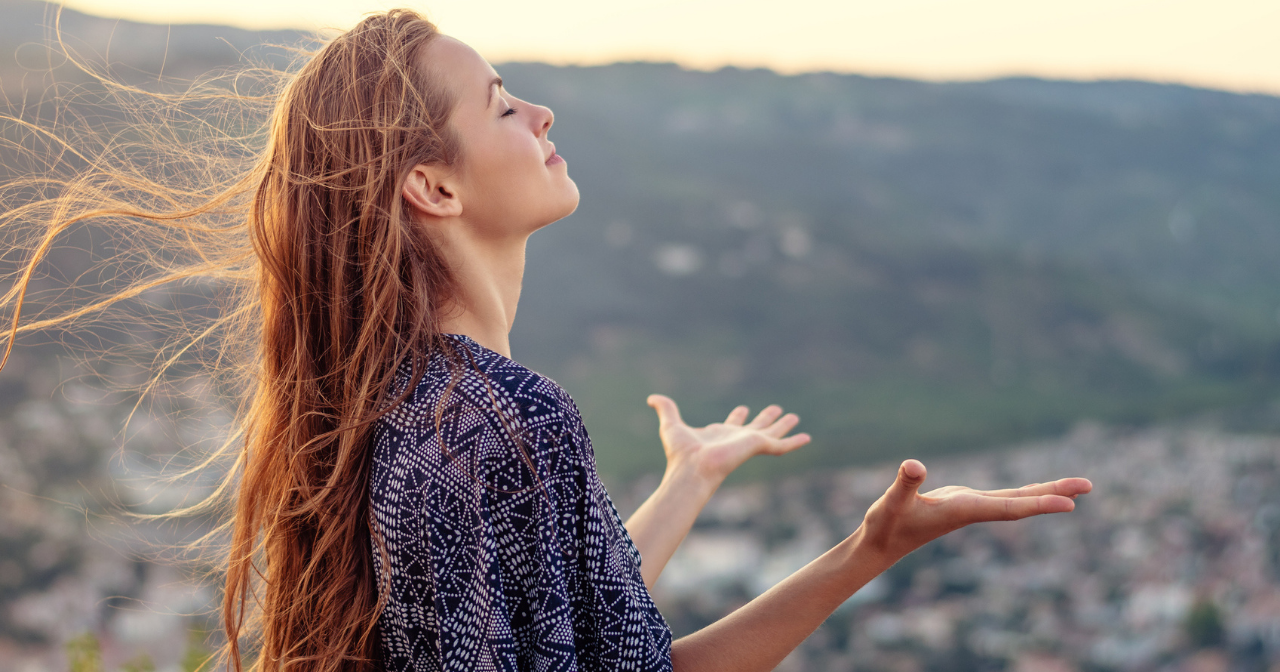 A few years ago, I walked by a beautiful, historic church in the heart of Washington, DC. I was new to the city and was craving a sense of familiarity and community. Growing up in and around faith-based communities, I knew church to be a comforting space, albeit one that I had a complicated relationship with. I made a mental note to return that Sunday and when I did, I immediately felt welcomed and seen. The music, moments of silence, warm greetings from neighbors I didn’t know, and the open invitation to socialize over a cup of coffee after the service, were all rituals that reminded me of what I learned to love about church.

I stopped by the restroom as I was leaving that morning and as I washed my hands, I let out an audible laugh. I looked around to see if anyone else was surprised by the bowl of condoms sitting out in the open and for the taking, but apparently, I was the only one to find it intriguing. Alongside the bowl were a handful of flyers stating the congregation’s commitment to reproductive health and justice, and another flyer inviting adults to register for a sexuality education class that would be hosted that weekend.
To put it plainly, I was shook.

For much of my life, I believed the false narrative that I had to choose between my spiritual self and my sexual self, that I could not have or pursue both because they were (apparently) diametrically opposed. I was also keenly aware that how I viewed sexuality wasn’t welcomed into conversations about spirituality, and how I viewed spirituality wasn’t welcomed into conversations about sexuality. I thought that my desire to be a spiritual person couldn’t coexist with my desire to be an advocate for sexual and reproductive well-being.

As odd as it sounds, seeing a bowl of condoms in a church was the affirmation I needed to remind me that spirituality and sexuality were two essential and equally valuable parts of my identity, of my one identity. Respect, dignity, justice, and liberation are values that are central to my understanding of both sexuality and spirituality.

Each of us, regardless of who we are or where we grow up, is influenced by factors around us – whether community culture, family traditions, or spiritual beliefs and practices. It is no surprise that these factors then play an integral role in helping us make sense of our values and how to put them into practice.

For many of us, our attitudes and actions towards sex and sexuality (not to mention everything else around us) have been guided by spiritual beliefs. Religion and spirituality can influence whether and when we choose to have sex, whether or when to use birth control, our understanding of gender and gender norms, and how we navigate relationships. As we grow, mature and come to know ourselves better it is critical to investigate ourselves, how we understand our values, and how we practice those values within our faith. Sometimes that aligns with our faith growing up, and sometimes it changes as we age.

Spirituality and sexuality are both powerful forces and both can offer lenses through which to process the complex and often mysterious world that we live in.
Because our world often sees these powerful forces as siloed, that day in the church bathroom served to remind me that they are not distant strangers but are both innately good and worthy of celebrating.

To honor that I picked up the flyer for the adult sexuality education course and returned the next weekend to see what it would hold. I wondered if I would be the only congregant in attendance, the only person in the pews who struggled to make sense of how sexuality and spirituality could coexist in me and what I stand for. To my pleasant surprise, the room filled with adults of all ages who came with the same questions. We spent the day learning, talking, and processing. Like myself, these congregants yearned for a world defined by respect, dignity, justice, and liberation and they saw how these values could live in our faith and in our acceptance of sexual and reproductive well-being for all. Dialoguing with my neighbors revitalized a sense of hope in me that there are spiritual communities fighting for reproductive well-being, and that believing in sexual and reproductive well-being for all people is in fact a practice of my spirituality. No doubt, processing these truths with others around me has and will continue to guide me on my journey towards creating a more united world and a more united sense of me.