#ThxBirthControl: 8 Celebs Speaking Out About Their Birth Control

#ThxBirthControl: 8 Celebs Speaking Out About Their Birth Control 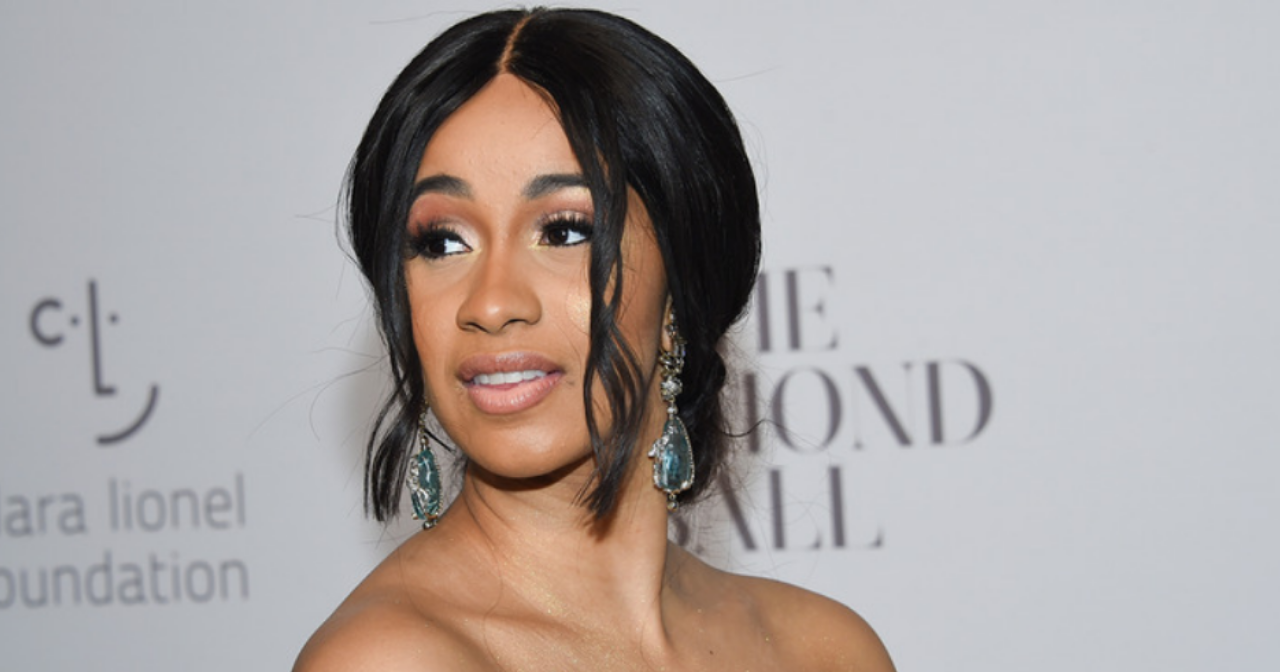 Each year #ThxBirthControl Day invites people to share how birth control has changed their lives. Though birth control is commonly used for pregnancy and STI prevention, it remains stigmatized. It’s great to have public figures who are willing to speak out about their preferred method of birth control to help normalize it and its various uses. Here are some celebrities who are sharing with the world the different reasons they love and use contraception. 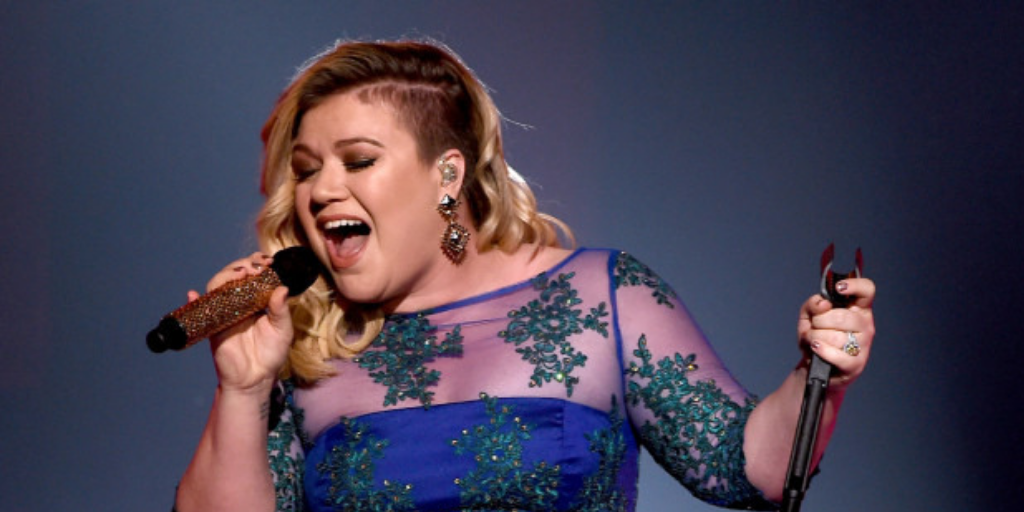 After two complicated pregnancies, Kelly Clarkson has decided to close up shop. Her experience with constant nausea and extreme dehydration during both of her pregnancies resulted in her final decision to get her tubes tied—she even demanded her husband get a vasectomy. "I was literally pregnant with Remi, and I was like, 'You are getting fixed. This will never happen to me again,’" she told Jenny McCarthy during an interview on The Jenny McCarthy Show. "I literally told my OB-GYN on the table while open, 'If I get pregnant again, I will find you!'" 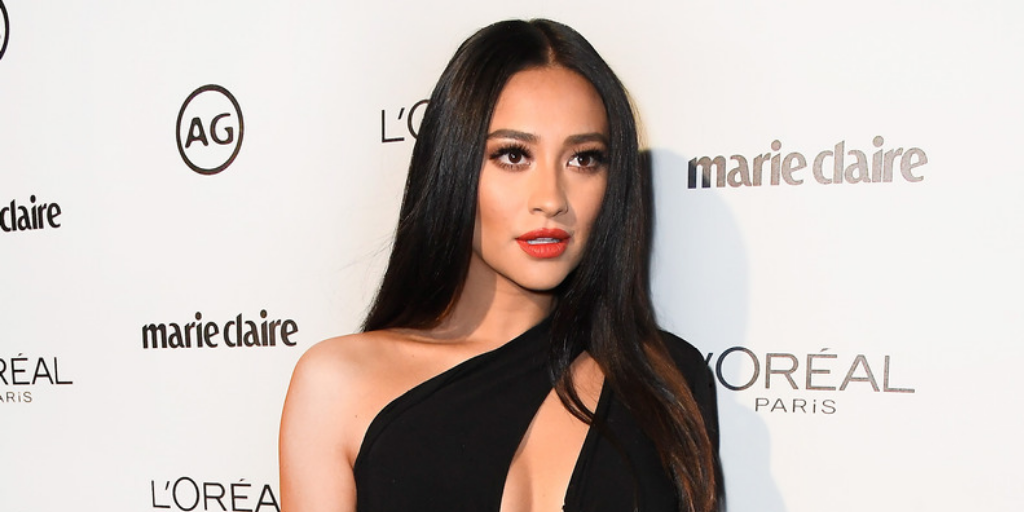 Shay Mitchell loves being in total control over her reproductive health and strives to help others do the same. She teamed up with Know Your Birth Control, a campaign which aims to educate and empower women about contraception options available. Shay revealed in an interview with Well+Good that prior to her partnership, she didn’t quite have all the facts on her preferred birth control method, the pill. “It was interesting because I could have sworn I knew everything [about birth control], but there were some things I didn’t. For instance, you have to take a pill at the same time every single day. I’m constantly setting reminders on my phone so I don’t forget, but it’s something you get used to after a while.” 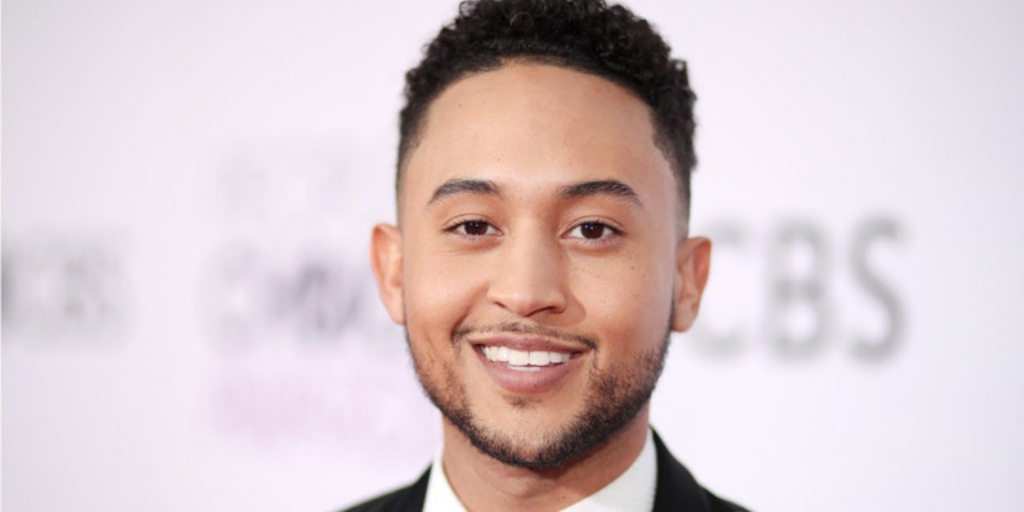 Tahj Mowry may play a surrogate father to his best friend’s baby on Freeform's hit comedy show Baby Daddy, but he’s not looking to become a father in real life anytime soon. Aside from his career, Tahj takes pride in being the best uncle he can be to his older celebrity twin sisters’ (Tia and Tamera Mowry) children. “There’s something so great about playing with your nephew and then like, when you’re tired, you like hand him off back to your sister,” he said in an interview with Rolling Out. “I always joke with people that having nephews is the best birth control there is.” 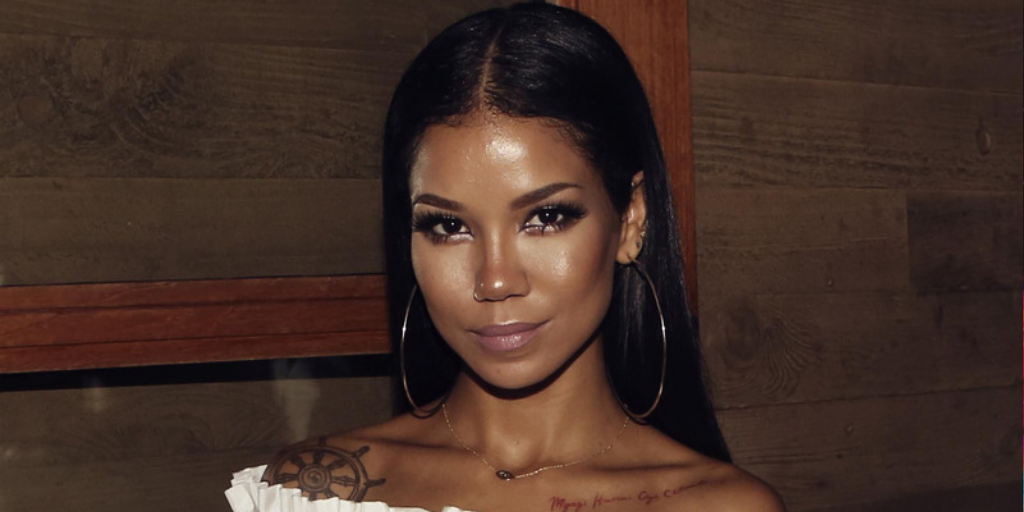 Though birth control is proven to be an effective way to prevent pregnancy, some women turn to it for other health reasons. Jhené Aiko recently laid out her intense beauty routine in an Instagram comment, attributing her clear complexion to Fraxel treatments, serums and supplements—including birth control. “I take collagen pills, drink Kangen water, apple cider vinegar and take SuperFood by Dr. Schuzles daily. I used to have cystic acne due to ovarian cyst. The b.c. [birth control pills] helps with that.” Cheers to Jhené for spilling the tea to achieving flawless skin and a healthy glow! 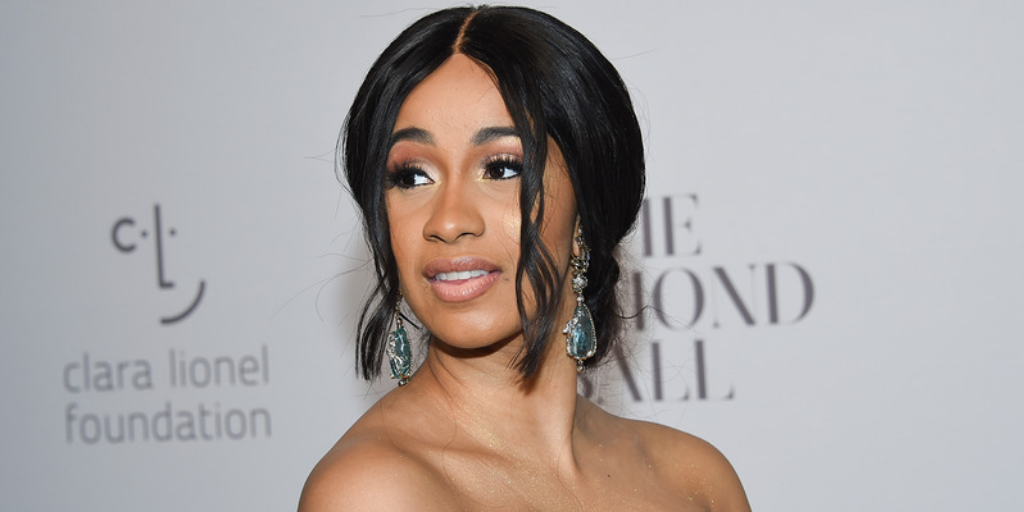 If you follow Cardi B on Instagram, then you know she has absolutely no filter when it comes to expressing herself—and her sex life. Though she and husband Offset welcomed a baby girl (Kulture Kiari Cephus) earlier this year, the couple may not be looking for baby no. 2 anytime soon. Cardi recently made headlines after an altercation with rapper Nicki Minaj during her stay in Milan for Fashion Week. However, fighting isn’t the only thing that occurred that weekend. Apparently, Cardi and Offset shared a little “quality time” as she can be seen in an Instagram Live to her fans questioning if she remembered to take her Plan B (since waking up from her long night of lovin’). Who knows, maybe baby Kulture will be a big sister sooner than anticipated. 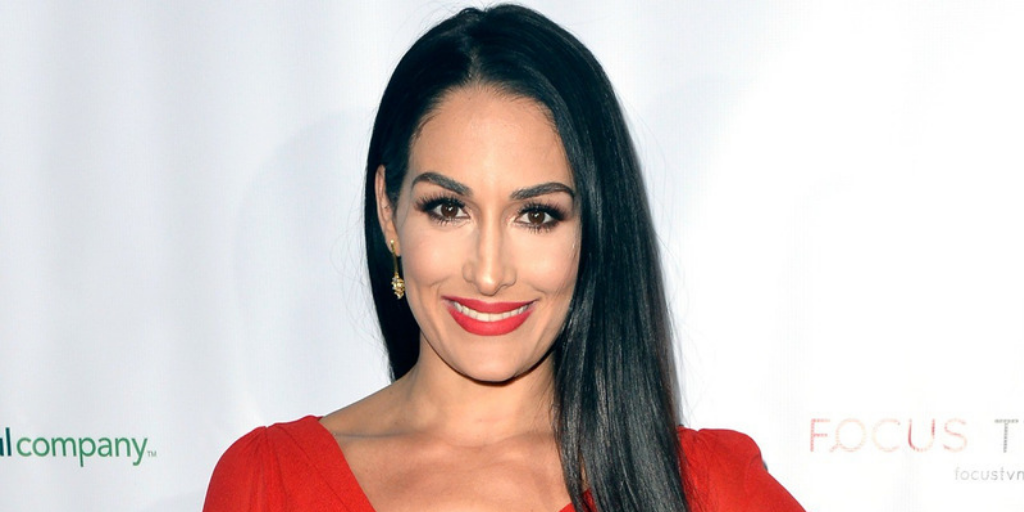 Nikki Bella loves a good smack-down, but not so much the idea of becoming a mother. She recently changed her views on having children—expressing she doesn't want kids until her 40s. Nikki previously considered having children with former fiancé and pro wrestler John Cena, but the two called off their engagement over differing views about parenting. Since then, Nikki says her 15-month-old niece, Birdie, has been "the best form of birth control," as she continues to contemplate having children right now. “Here I was dying to be a mom. Now I want to push it back. Can my clock tick until my 40s?" 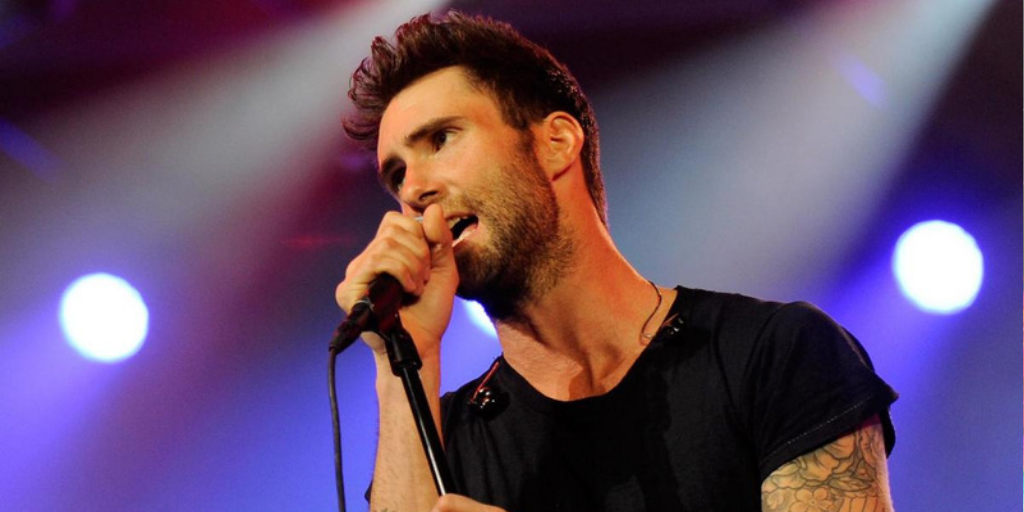 Before Adam Levine’s marriage to Behati Prinsloo in 2014, he credited his most serious relationship to be the one he shared with model Anne Vyalitsyna. Adam and Anne dated for two years before breaking up for good in 2012. During an appearance on Howard Stern's radio show, Adam told of the couple’s unconventional ways of preventing pregnancy: "[I use] a fool-proof birth-control system, [the pull-out method].” It’s debatable as to whether withdrawal remains Adam’s preferred method considering he and wife Behati have since conceived two daughters, Dusty Rose, 2, and Gio Grace, 8 months. 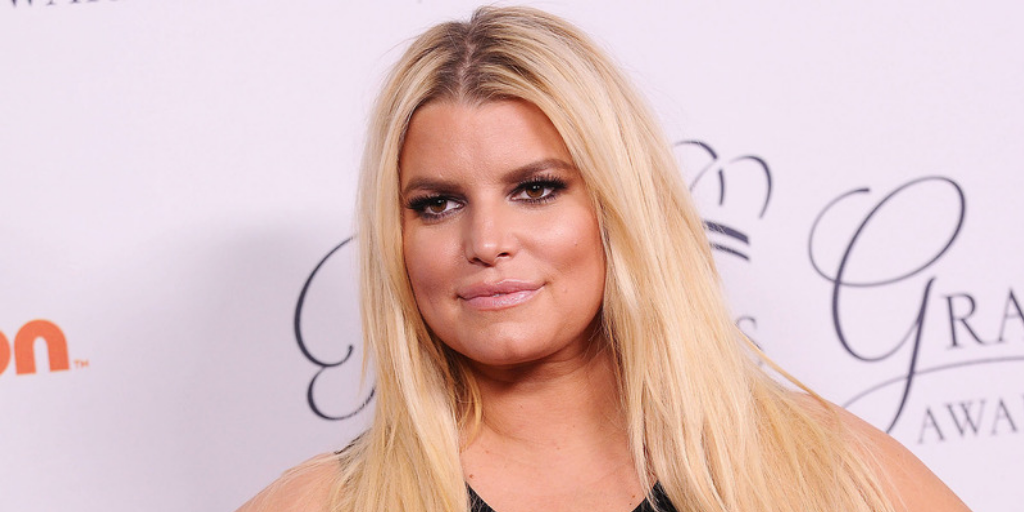 Two and through? That’s what Jessica Simpson led us to believe before she and husband Eric Johnson took to Instagram to share the news that they are expecting baby no. 3. “We couldn’t be happier to announce this precious blessing of life,” Jessica captioned the IG post—despite her insistence last year that she had an IUD and would not be expanding her family further. “I have two beautiful children, and I’m not having a third,” Simpson shared with Ellen DeGeneres on a 2017 episode of The Ellen DeGeneres Show. Well, never say never. Congrats to the family of five!