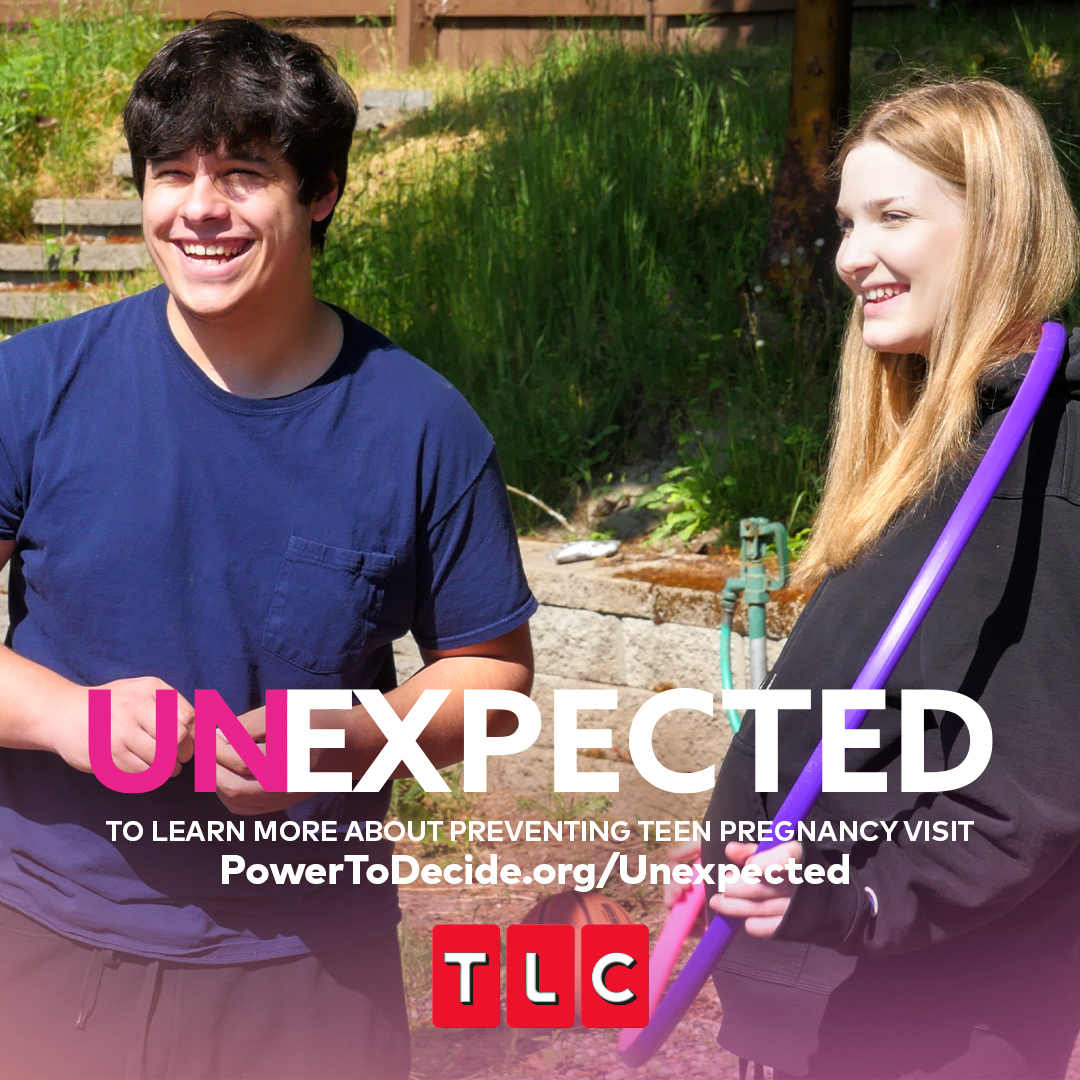 For the fifth consecutive season, we are proud to announce that we will be TLC’s lead educational partner to help viewers use Unexpected to spark meaningful conversations about unplanned pregnancy!

We know that teens want to hear from their parents and other adults in their lives about sex, love, relationships, and how to navigate it all. Relating to TV shows like Unexpected can be a natural, fun way to bring up discussions about these important topics and think about how your family might handle similar situations Plus, you can encourage your young person to think about how an unplanned pregnancy would affect their own lives.

Season 5 will follow three returning couples, and two new additions! Read on to learn more about what to expect from each of their stories:

These two are ready for the next step in their relationship! After months of looking, Lilly and Lawrence are moving into their own apartment with three-year-old Aaliyah and 7-month-old LJ. The reality of what it costs to support a family independently is setting in, however, and the couple will have to learn how to compromise and communicate effectively to make their new situation work!

Since last season wrapped, Tyra and Alex have also moved into their own place with two-year-old daughter Layla. Tyra decided that her year at Campbellsville University was too far from Layla and transferred to a local school where she can continue cheering. The couple’s relationship will be tested this season, however, as Alex has decided to date other people, and is facing another possible unplanned pregnancy with a new girlfriend in another state. This season will also follow Tyra’s sister Tiarra (18) and her cousin Taylor (20) who are both pregnant with their second children.

Although you’ll have to wait until the next episode for Jenna and Aden’s story to continue, the couple is facing a new chapter this season! They have moved in together with baby Luca and are looking forward to working on their relationship in their own space.

Although Kylen and Jason have been together for a year, they started having sex almost immediately and are expecting a baby boy. Jason explains that he doesn’t like condoms and doesn’t use them – or takes them off during sex. And while Jason was excited to find out he was becoming a father, Kylen was shocked. The couple is interested in doing a home birth with a midwife, but Kylen isn’t totally convinced.

Together for just under a year, Emersyn and Mason are expecting their first child. They also live about an hour away from each other, and because of COVID and the distance, their relationship is mostly online. Emersyn’s mom, Erica, was pregnant herself when Emersyn told her she was pregnant too. She says she felt overwhelmed that they were pregnant at the same time, and she hadn’t known for sure that her daughter was even having sex.  Emersyn and her mom agree that they had a very bad relationship prior to her pregnancy, but that things are getting better now even if they’re still “complicated.”

Catch the new episodes of Unexpected on Sundays at 10/9c! Or, catch up whenever you want on discovery+. Throughout the season, we will provide viewers with more ways to talk about unplanned pregnancy and use the situations to jumpstart your own conversations. Check out www.PowerToDecide.org/Unexpected for more information and join the conversation in social media with @PowerToDecide, @TLC, #Unexpected, and #TalkingIsPower!

In a new series of 10 videos, Dr. Raegan explains the ins and outs of different birth control methods.
July 11, 2022

Listen now to this new podcast that’s telling stories from the frontlines in the fight for reproductive justice.