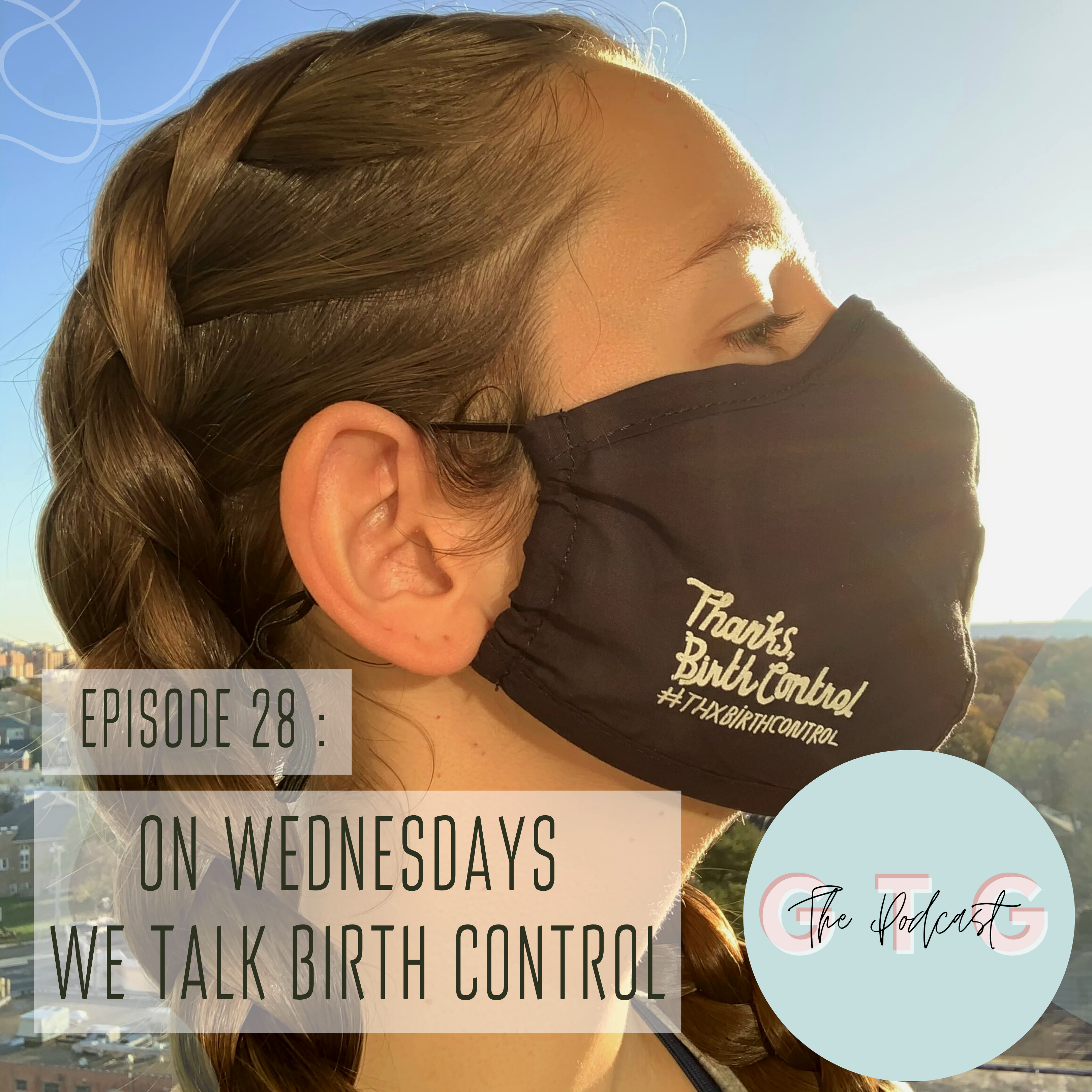 Last week, the Generation Three Girls team took some time to talk to eleven women about their experiences with birth control. Each had a very different and unique story, but ultimately each came away with an appreciation and gratitude for what birth control has provided them and others. You can hear all of these stories in full by listening to GTG’s podcast episode that was released in honor of Thanks, Birth Control Day! Listen on Apple Music or on Spotify.

One of the major patterns that arose during our interviews was the plethora of reasons each woman decided to begin birth control. Of the eleven women interviewed, only three had started birth control with the intention of preventing pregnancy. Others started it to reduce a heavy period, deal with acne, regulate hormones, or reduce migraines. These responses track with much of the data on contraceptive use. In fact, teens age 15–19 who use the pill are more likely to do so for non-contraceptive purposes (82%) than for birth control (67%).

For example, Lara wanted to start the birth control pill for a very practical reason. “I wanted to start the pill because I knew when I went to start at the Coast Guard Academy I would need to really be in control of my cycle,” she said. “I needed to know exactly when it was coming, and be able to skip a period if necessary.”

Meredith, on the other hand, needed to start birth control after being diagnosed with polycystic ovary syndrome. “The clinical approach to PCOS was to prescribe birth control to regulate the hormones and get the period back in a regulated way,” she told us. “So, this was my main purpose for being on birth control.”

For others, like Erin, Hannah L., and Makena, they needed birth control to alleviate other issues such as migraines, heavy periods, and acne.

The ease of beginning birth control also depended greatly on the support of each woman’s family. For many of the women we interviewed, their families, mainly their mothers, were incredibly supportive.

Mallory’s experience beginning birth control was seamless because of the support from her mom. “I talked to my mom who is a nurse and also very passionate about sexual and reproductive health care so it felt like a very safe space to talk to her,” Mallory told us. “She was very excited about this bonding experience.”

Hannah K. had a similar experience to Mallory. “I started birth control in high school. My mom educated me on the various forms of birth control and really supported me as I was sexually active at the time,” she said. Having parental support made the process so much easier and open.

But for others, like Deekshita, it was a point of anxiety at first. “Immediately when I started taking the pill, I had so many issues with getting my prescription filled at my CVS because I’m on my parent’s insurance and I wasn’t sure I wanted my parents to know that I was going on birth control for anything other than controlling my periods,” she said. “For me, it turned out okay because it made me ultimately be more open with my parents but I can’t help but think that if other people are not in that healthy of a relationship with their parents that could be a significant barrier to getting an IUD or any form of birth control.”

Along with parental support, empathy of the medical providers differed greatly for each woman. For many of these women, it took a few different providers before they found one that really cared about them and their needs.

For Hannah K., she met an amazing provider in an unexpected circumstance. During her abortion procedure, she connected with a medical provider who was kind, understanding, and knowledgeable. “The day of my procedure I had a beautiful doctor who walked me through everything and educated me on all of my rights, the procedure, the follow-up—literally everything. I loved her and thought she was really caring,” Hannah K. told us. “Three years went by, I’m now 25 and I went back to the clinic instead of my primary care doctor. I trusted the clinic and the woman there more. I appreciated how she cared about me. The doctor remembered me and we had an emotional moment when I saw her again.”

Jessi lucked out as well. “I went to a pediatrician until I was literally too old and they wouldn’t let me. They referred me to a gynecologist. Her name was Evangeline. She was like everyone’s crazy single aunt who was like 70 but had bright red hair and blue eyeshadow up to her eyebrows,” Jessi said. “This is exactly what I needed at the time. She was stellar.”

Other women, like Meredith and Makena, really struggled to find providers who cared about what they had to say.

“I went to a doctor and expressed that I was starting to feel like I might have PCOS. This women’s health professional immediately brushed it off,” Meredith said. “I continued to have this gut feeling that PCOS might be in the mix for me. Months later I went to a different specialist who has done formative work on PCOS and got an ultrasound and yes—I did have PCOS.”

Makena, too, had to consult multiple providers before finding one who really listened. “I consulted an integrative health doctor to help me navigate and she was the only person that really listened to me in the span of a little over a year,” she said. “I’ve been met with multiple doctors who are not able to listen or help me with the symptoms.”

“We also have to confront the racist and colonizing history that we have with all methods of birth control. The pill was originally tested on Puerto Rican women, probably without their consent. We don’t offer all forms of birth control in our global health programming,” Deekshita said. “There is so much racist history with all of gynecology. There is no way we can prioritize women’s pleasure, comfort, and safety without addressing that head on.”

Though many of these women had ups and downs in their birth control journeys, most felt a sense of hope in the future of birth control access and research. A few even picked their careers based on their experiences.

The takeaway from almost every woman interviewed was that birth control is highly individualized. It takes time, research, and support to find the option that works best for you.

“I think my experience really goes to show that it is not one-size-fits-all. That’s really my takeaway from my experiences professionally and personally. Everyone’s experiences are different. I think that’s the nuance we lose when we talk about birth control,” Deekshita told us. “We apply this general lens of birth control is great for everyone when there is so much more nuance than that. Everyone should be given the choice and information to figure out what is best for them and their bodies.”

Meredith had a similar perspective to Deekshita. “My big takeaway from my experiences with birth control is that there is no right way to approach finding the birth control that works for you,” Meredith expressed. “While it may be hard, sometimes it just takes time to find the method that works best for your body and that makes you feel like you are moving through the world in harmony with your hormonal system instead of being driven by swings in your hormonal system or chemicals being put in your body.”

Jessi’s experience left her understanding the importance of advocating for yourself. “The lesson I learned and that I’m still learning is that it is okay to go to your doctor and say that it isn’t working for you, that you don’t feel right,” she said. “That’s an important lesson because just because your doctor suggests something doesn’t mean you have to take it or have to use it or that’s your only option.”