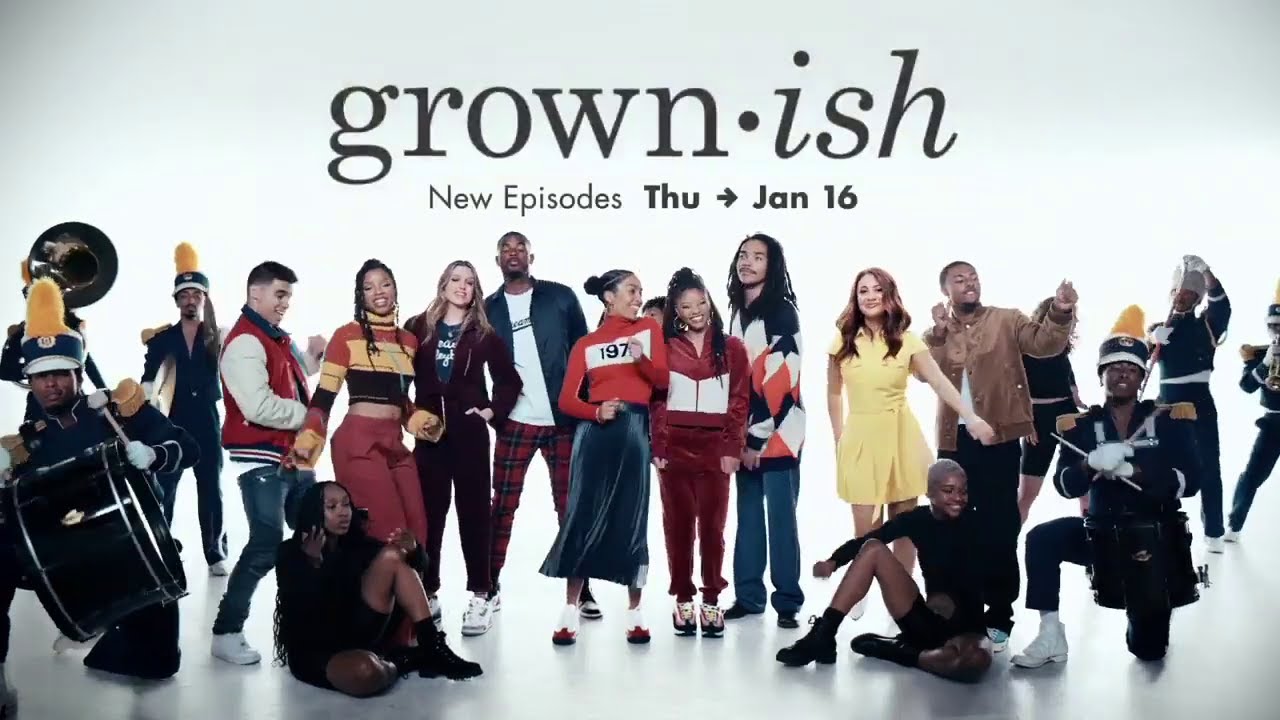 Grown-ish is an American sitcom spin-off of the hit ABC series Black-ish. The show follows Rainbow and Andre Johnson's eldest daughter Zoey (Yara Shahidi) as she and friends she meets along the way begin life in college and are faced with challenges that show the realities of adulthood. Although I know it can be very comical, in the end there are lessons within each episode that everyone can learn from. One specific lesson that Grown-ish focuses on every episode is relationships! Whether it is friendships, romantic relationships, parent relationships, etc., Grown-ish aims to highlight different relationships with every character in the show. So, here are 5 things that the hit series Grown-ish is teaching Gen-Z about relationships:

Zoey doesn’t realize how dependent she is on her parents until season 2, episode 11 when her dad cuts her off after finding out that she cheated on her chemistry final and was placed on academic probation. Her father, Dre, believes he spoiled Zoey too much to the point where she takes no accountability, and everything is handed to her easily. To put his foot down, he takes Zoey’s car and tells her that she can stay at Cal U but she’ll have to figure out finances on her own. Of course, Zoey doesn’t take this well and soon after she begins to realize that her dad is not kidding around.

Going from one job to another, Zoey struggled trying to find a job to her “liking” instead of finding a job that will help her pay bills. Eventually, Doug put Zoey in her place after learning she felt like she was too good to work at the campus bookstore where he works and had gotten her a job too. Doug basically told Zoey to put her pride aside, and that she had to be patient and put in the work if she really wants to do something great. So, Zoey started her first official job at the campus bookstore.

Zoey finally got a lesson on what it means to work and actually earn money. Later in season 2, she received a job offer from the famous rapper Joey Bada$$ as his stylist. If Zoey’s parents had never cut her off financially, she would've never learned what it means to go out in the real world and make money on her own. Grown-ish incorporated Zoey’s problems with her parents into a storyline to show that although she is “the golden child” of the Johnsons, Dre still had to teach Zoey how to live without depending on them. This episode opened its viewers minds showing us that your parents cannot support us forever, college is where we will gain our first sense of independence; and ultimately being independent can probably create a better relationship between us and our parents/guardians.

Now it is no secret that Zoey can be a little selfish at times. Her selfishness definitely shows in season 4, episode 11 when Ana gets hit by a car and, without surprise Zoey brings up the fact that Aaron broke up with her. Of course, no break-up is ever easy, and it takes time to heal; but all of that should've been set aside for a different time because her friend could have nearly died. I know everyone has heard the saying “there’s a time and a place for everything.” Well, Zoey should’ve done just that.

This situation with Ana in the hospital is not the only time that Zoey has been known to put herself first and not be considerate of anyone else’s feelings, she does it quite often. Her friends still love her and it’s never intentional, which is also why her friends speak up and say something when she does it. In the hospital scene, Ana couldn’t even be bothered to be mad at Zoey for bringing up her issues because she already knows how she is (as the main character of the show, Zoey definitely gives off main character vibes!). The show highlights Zoey’s selfish moments because although she doesn’t intend for it to happen and she is very apologetic afterwards, it doesn’t make what she does right. Grown-ish wants to indicate that the relationship she has built with her friends causes them to know how she is and still love Zoey for Zoey!

If you've kept up with Grown-ish, then you know that Zoey has been stuck in a love triangle between Luca and Aaron since the show started. In season 4, episode 10, Aaron breaks up with Zoey because she and Luca are still friends and Luca recently offered Zoey a job. It’s understandable how Aaron is feeling because he knows the past that those two share. To not ruin the relationship with jealousy and excessive worrying, Aaron decides that it is for the best if they go their separate ways.

Needless to say, Zoey is heartbroken and cannot believe that Aaron has broken up with her. Grown-ish includes this scene to show that when something happens while you’re in a relationship, the problem may not always be you. Aaron clearly stated that he was ending their relationship because of problems that he has internally, and not necessarily because of what Zoey did (which is accept a job from her ex-boyfriend). Some people have their own problems going on and expressing what you don’t like in a relationship should be important. Neither you or your partner should have to suffer in silence; instead, communication should be key and that is what this episode of Grown-ish showed its audience.

Following her recent break-up with Doug, Jazz meets Des, a fellow member of the track team. Des and Jazz seem to really like each other, but what surprises Jazz about Des is that he identifies as bisexual. Jazz is not used to being with a queer man romantically and so she feels like the relationship is out of her comfort zone.

When talking with her sister Sky in season 4, episode 10, her sister encourages her to take some of her own advice and try something different. Sky can tell that Jazz really likes Des (so can we!), and so although it takes some getting used to for Jazz, it’s evident that he makes her happy.

The storyline between Jazz and Des is important for the show to highlight because you should always be open-minded, especially when it comes to sexuality. Although Des is queer, it doesn’t change the fact that he really likes Jazz; and Jazz really likes him, so she gets out of her comfort zone and gives Des a chance. You should never block your blessings over things that you feel uncomfortable about because you never really know how much you can grow to love something or that special someone when you decide to try something new.

Doug has been sleeping with Luca’s sister since he and Jazz broke up. We all know that Doug and Luca are best friends and they spend a lot of time together. All of this changes when Doug finally tells Luca that he’s been seeing his sister behind his back. Season 4, episode 10 shows the situation where Luca actually hits Doug after he admits to sleeping with Kiela. Even after being hit, Doug understands his friend's frustration and still continuously tries to apologize for going about telling him the wrong way.

Since then, Luca has decided to remove himself from the situation, meaning doesn’t want to be involved with anything going on regarding Kiela and Doug. Now, the brother-sister relationship between Luca and Kiela may be awkward for the both of them, and the relationship between Doug and Luca could potentially be lost forever.

Grown-ish showed the fallout between Luca and Doug to show their viewers that you shouldn’t keep huge secrets from your friends. Even though Doug didn’t mean anything by it, he went a long time without telling Luca what was going on. Secrets can turn into something very dreadful for both sides in any friendship. You may think the same as Doug, that your secret is actually protecting your friend; but in reality, holding secrets can possibly make things worse than before.

When it comes down to it, Grown-ish teaches its viewers many lessons, and those lessons mostly involve relationships. Whether these relationships are with parents, friends, or partners, by the end of each episode Grown-ish hopes to reach each person watching! Grown-ish utilizes their whole cast to create different storylines and plots in order to reach people who relate to different characters. We learn about starting college and having to become independent for the first time, and we also learn about selfishness, jealousy, change, and secrets that sometimes come naturally with adulthood. Grown-ish teaches us the challenges and realities faced during young adulthood and why relationships in our lives help shape who we are. You can watch Grown-ish on Freeform and Hulu every Thursday night at 10pm ET/9pm CT!

Emani Brooks is a senior at Suitland High School in Maryland. She currently is the President of the Suitland National Honor Society Chapter for the class of 2022. Emani plans to study Business Administration upon graduating high school and hopes to pursue a career in social media management.

Setting boundaries is important to protecting and respecting one's identity and health in all relationships.
November 3, 2022

How can young adults prepare themselves before making their own health care appointments?
September 6, 2022

How can you and your partner ensure the romance stays alive even when the relationship is long distance?