8 People Remember Giving or Getting “The Talk”

8 People Remember Giving or Getting “The Talk” 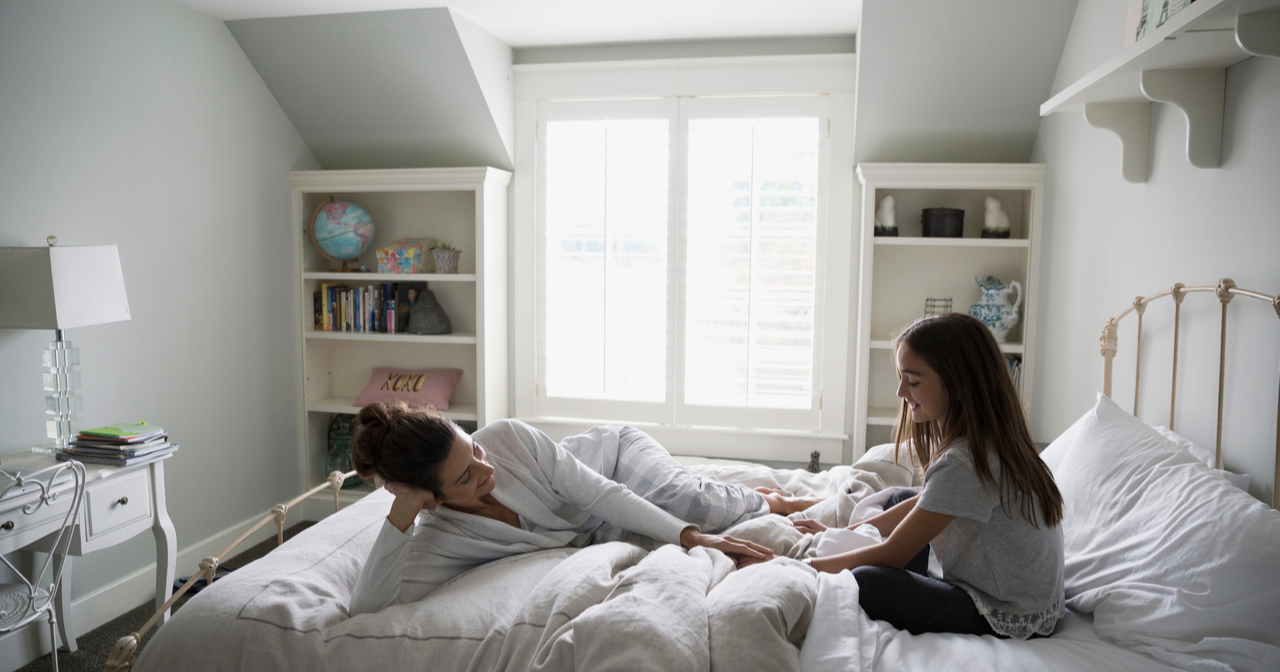 In a recent poll, respondents between age 18 and older told us that when they were teens their parents most influenced them when it came to considering matters related to sex and birth control.

Yet, young people are often reluctant to approach the champions in their lives with questions or concerns about relationships, sex, and contraception. We too often misinterpret this silence as lack of interest, and we hold back. Sex education can take a variety of forms and can come from a variety of sources. And with a little preparation it doesn’t have to be awkward.

For some, their parent’s give them the facts and let them explore the rest on their own:

“I had a kid's encyclopedia and as I got to the part about anatomy and sex, I asked my mom what it all meant. She took a look at it with me was like, yep that's how it works.” – Katrina, 32, Virginia

“My mom was always upfront with me about sex. If I came to her with questions, she taught me using words like vagina and penis, we didn't have funny words for things. But when I was 8 a friend told me her mom was pregnant and said they’d prayed and made a baby. I told her, no they had sex and she got upset. But it was the truth!” – Victoria, 25, Virginia

For others, sex education comes from a parent as part of a larger conversation:

My teenage daughter has always been a voracious reader. She's also not too keen on Big Talks face-to-face. I started leaving books about physical development out around our house from the time she was in elementary school, knowing that her curiosity would save me from having to "assign" the reading to her. Later, I'd check in and see what she thought about what she read...which parts left her with questions, etc. Now I leave articles from trusted magazines like Seventeen out and I can refer back to them, knowing that we're having the same conversation but in a way that doesn't drive her out of the room. – Marisa, 51, Washington, DC

Some people get knowledge from different sources at different times in their life:

“My mom locked me in the car to give me the sex talk because I kept trying to avoid her! She laid out a very basic, heteronormative version of things while I was wildly uncomfortable in the passenger seat. Then in college my girlfriend and I sat through a second version of the talk with an older friend. It was both of our first same-sex relationship and our friend made it a much less stressful experience to learn about a whole new kind of sex education.” – Maggie, 29, Colorado

"I was lucky to have my older sister and her best friend give me “The Talk.” It was nice because I wasn't too afraid to ask them questions or talk about it with them.  And I didn't have to have an embarrassing discussion with my mom." – Claire, 24, Wisconsin

“I talked to Claire because her sister and I wanted her to read a book series that dealt with periods and sex. We knew she needed to understand the ideas before she read the books, and so we huddled together around the kitchen island. We worried it’d feel awkward, but it didn’t! She asked questions, we answered, and it became a discussion, not a lecture.” – Maggi, 29, Wisconsin

Not having a parent or champion to talk to about sex encourages some to ensure that today’s young people aren’t alone:

“I’m certified to teach sexuality to 7th and 8th graders as an extra-curricular and we’re spending an entire year on exploring what sexuality means to them. It’s really exciting to have the chance to give to these kids something that I didn’t get myself; an open and comprehensive discuss around sex, love, and relationships.  – Mackenzie, 28, Washington

Sex education comes in many forms and from many sources. Everyone knows at least one young person and if you don’t talk to them, who will? Discussions around sex, love, and relationships have real and lasting impacts. Not talking about these topics has an impact too.

“I never had anyone outside of school give me “The Talk.” I think I would have made some different decisions if someone who wasn’t my teacher had talked to me about sex.” – Shannon, 32, New York

Now is the time to be that trusted and powerful source in a young person’s life by pledging to start the conversation. Sit down with a young person and tell them, “Let’s talk.”