Accessible, Over the Counter Birth Control

Accessible, Over the Counter Birth Control 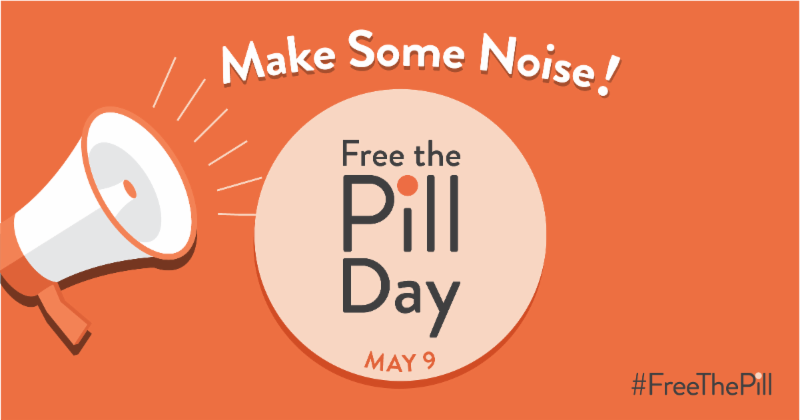 For the more than 19 million women who live in contraceptive deserts, or counties in which they lack reasonable access to a health center offering the full range of birth control methods, getting a prescription for birth control means having to do more than show up to an appointment. It might mean they must find a babysitter, take time off work, or travel long distances to access their preferred birth control method.

It’s time to begin removing barriers like these by making the birth control pill available over the counter. It’s time to #FreeThePill.

May 9 marks 60 years since the FDA first approved the birth control pill in 1960, giving people the  freedom to determine their own life path. We can’t wait until 2080 for contraceptive options that better meet people’s needs. Now is the time for a birth control pill that’s available over the counter, covered  by insurance, affordable, and accessible to people of all ages.

A recent Teen Vogue poll showed that 76% of young people believe that birth control should be available without a prescription. Alongside groups such as the American College of Obstetricians and Gynecologists, Advocates for Youth, Center for Reproductive Rights, and Planned Parenthood we have joined the #FreeThePill movement, which advocates for creating an over the counter option for birth control.

While condoms, internal condoms, the sponge, spermicide, and emergency contraception are all now available at a pharmacy, other more effective methods remain behind the barrier of a provider-written prescription.

Currently, only California, Colorado, Hawaii, New Mexico, Oregon, Tennessee, and Washington allow for pharmacist-prescribed birth control, a steppingstone on the road to completely over the counter birth control. While specific laws vary based on location, generally, in these states upon entering a pharmacy a person fills out a questionnaire, answers questions about their medical history and other medications, and has their blood pressure taken. Using this information, the pharmacist determines if they’re a good candidate for certain types of hormonal birth control. Like in a provider’s office, pharmacists will also ensure the person understands the effectiveness of the method as well as how to use it.

Research has shown that when the pill moves over the counter it remains a safe and effective method of birth control. And it’s important to note that over the counter birth control pills wouldn’t remove the need to see a doctor regularly for things such as well woman visits, Pap smears, and IUD placement. By removing the barrier of a prescription, we can increase access not just for the 19 million women in deserts, but for everyone across the country.

Doctors support this effort. The American College of Obstetricians and Gynecologists has stated it believes that the pill should be available over the counter in the US. And the American Academy of Family Physicians supports over-the-counter access to oral contraception without a prescription. The American Medical Association has also recommended that manufacturers of the pill apply to the Food and Drug Administration for permission to switch from prescription to over-the-counter status.