Intentionality: What does it have to do with pregnancy?

Intentionality: What does it have to do with pregnancy? 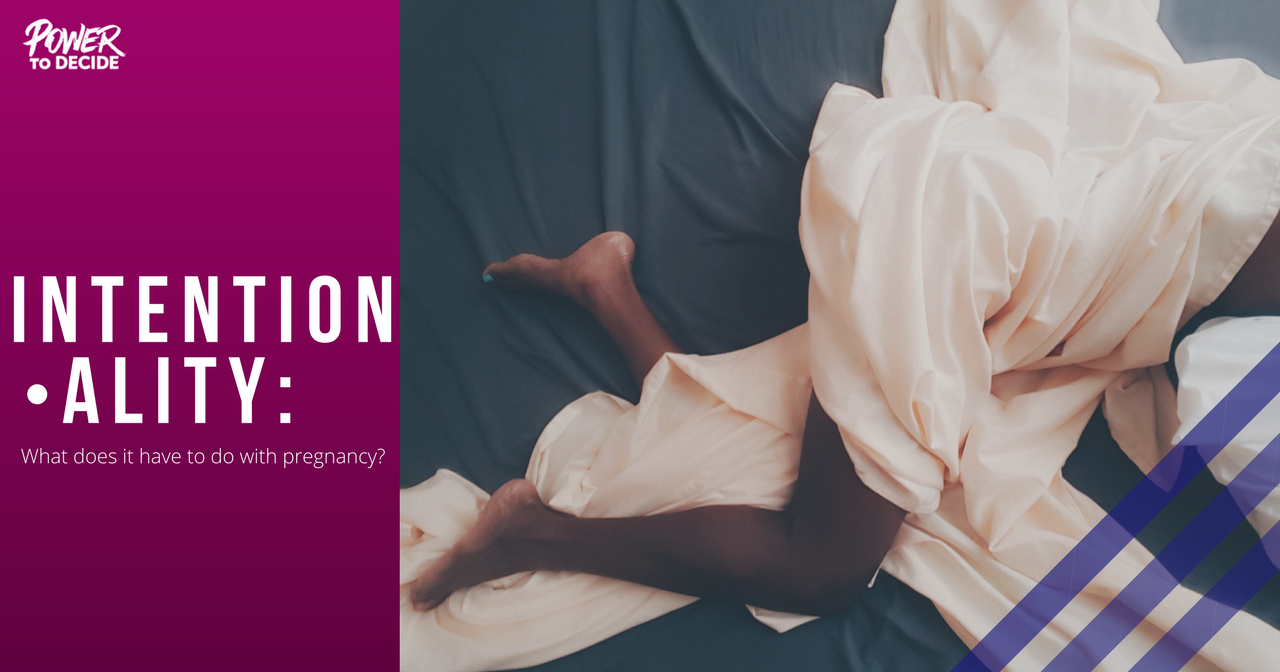 Intentionality. Maybe some of you are familiar with the term or maybe it’s the first time you’ve ever come across it. The concept of intentionality reflects the idea of doing something purposefully or deliberately. In the case of pregnancy, intentionality means aligning ones’ attitudes and behaviors with either actively working to become pregnant or avoiding pregnancy. For individuals who do not want to become pregnant, the act of intentionality would be the use of contraceptives (condoms or other birth control measures) when engaging in sexual intercourse. By using contraceptives, individuals are aligning their attitudes—that is, their desire to avoid becoming pregnant—with their behaviors.

In a recent study examining pregnancy intentionality among low-income women of color, researchers found that women do not often believe they have reproductive control and in turn, do not necessarily formulate clear pregnancy intentions. The study found that this lack of agency was a direct result of the women viewing pregnancy as something that “just happens.” In addition to having a lack of control, another barrier the researchers uncovered was that pregnancy planning was viewed as unattainable by many women. The women interviewed noted that although there were ideal circumstances (i.e., being in a committed relationship, achieving financial stability, having completed school, etc.) under they'd prefer to become pregnant, many of these circumstances were also unattainable, and thus pregnancy intentionality often seemed out of reach and rarely occurred.

Researchers also found that the relationship between pregnancy intentionality—specifically, the desire to avoid becoming pregnant—and contraceptive use was unclear. Many women did not want to become pregnant, but were engaging in unprotected sexual intercourse either because they did not believe that they were susceptible to becoming pregnant or had partners who were coercive and wanted the women to become pregnant.

These findings demonstrate that there are clear barriers when it comes to pregnancy intentionality. To encourage intentionality, it is important to understand why some women feel they lack reproductive control and acknowledge that unplanned pregnancies do not occur in a social vacuum. It is our goal here at Power to Decide to acknowledge the barriers that women encounter and examine the gaps between knowledge and access to contraceptives—ensuring that all women have the power to decide if, when, and under what circumstances they become pregnant. Together we can work to close the gap between intentionality and the reality of unplanned pregnancy.

Juneteenth provides us with a time to reflect on the racist roots of abortion restrictions.
March 7, 2022