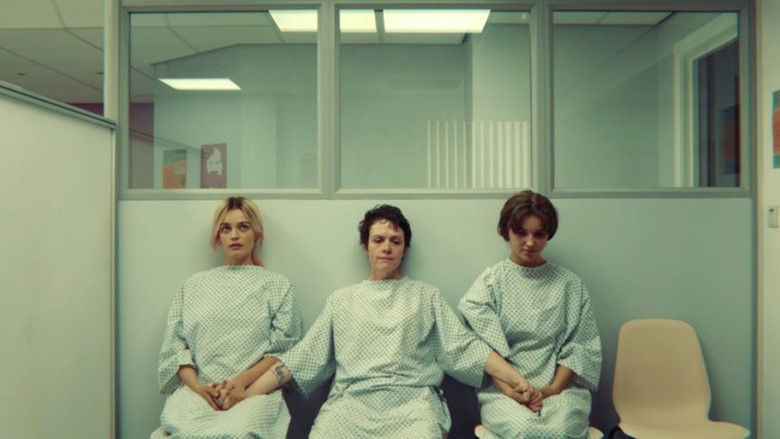 Attacks on abortion access are on the rise. While the majority of Americans support access to abortion, headlines about abortion bans are creating whiplash among young people who need and deserve clear, evidence-based information.

As a mom of two teenagers, I am more grateful than ever when TV shows give us the kinds of abortion stories that are non-judgmental, non-traumatic, and actually reflect the reality that abortion is health care. Abortion is common. Abortion is safe. Abortion is normal.

In honor of “Let’s Talk Month,” here are five abortion stories on TV and in film that feature nuanced conversations about abortion—not a debate about the decision to get one, but why in each situation it was the right choice.

Why do these conversations matter? Relationship dynamics, emotions, life stage, and future goals all influence decisions about reproductive health. If abortion is always portrayed as somber, fraught, or even dangerous on-screen, that can send the message that it is experienced as such in all cases. As Gretchen Sisson, PhD of the Bixby Center for Global Reproductive Health—a nationally-recognized expert on portrayals of abortion in television and film—has written: “Characters on TV who get abortions are not representative of the women who get abortions in real life: on-screen they are wealthier, whiter and younger. Film and TV characters accessing abortion face fewer barriers to get abortion care than women in reality (parental consent, financial barriers, waiting periods, high costs, etc.).”

If you’re looking for ways to open up conversations about abortion with your young people, check these shows out—with your young person (or on your own). We are proud to have collaborated with each of these shows over the years and can vouch for their humor, heart, and power to spark discussion.

What do you wear to pick someone up from their abortion appointment? Are flowers appropriate? These are the questions that teenage Otis wrestles with as he heads to the clinic to pick up his friend (and secret crush) Maeve. What Maeve and Otis don’t wrestle with is whether or not Maeve is making the right decision. According to Mother Jones, “This Is Hands Down TV’s Most Compassionate Abortion Sequence” because teenage Maeve and the older woman she chats with at the clinic are caring for each other, not debating their decisions. The older woman has had abortions before, and their conversation is very matter-of-fact and mutually supportive, reassuring each other that they are making the right decision for their very different lives. Watch the scene here.

Early in the first episode of this Hulu original series, based on the book by Lindy West, main character Annie’s abortion sets her free. Her relationship is a dead end. Her boss is a nightmare. Her writing sparkles, but nobody’s reading it...yet. Her abortion is her decision, and one that is clearly right. There’s no big-deal discussion about it. Which, as the Washington Post points out, is what makes it a big deal. Annie is not flip, but she’s not overwhelmed. Annie’s decision to get an abortion leads her to make other decisions that enable her to be a more active agent in her life and future. She feels more powerful, less passive. The conversations she has after her abortion are few—but they are about her goals and how she’s going to get there.

Straight-A high school student Veronica and her ex-best friend Bailey road trip from Missouri to New Mexico to get Veronica an abortion—which she can’t get without her parents’ permission back home. The movie is a buddy comedy—full of conversations about friendship, figuring out what you want in relationships, and how to let the ‘real’ you out. What it’s not full of: conversations about Veronica’s choice to get an abortion. When Veronica's boyfriend weighs in—with a marriage proposal and trying to convince her that she doesn’t really want an abortion—she is emboldened to lean in more decisively to who she is and what she wants. Based on the book by Jenni Hendriks, Unpregnant is a warm, funny two-hour conversation about the importance of knowing and embracing your true self. Watch the trailer.

Jane the Virgin (The CW)

Xiomara (Xo), is a forty-something mom and grandma who is finally starting to focus on herself after dealing with her daughter Jane and mom Abuela’s head-spinning dramas. Xo gets pregnant after a one-night stand and decides to have a medication abortion. Showrunner and creator Jennie Snyder Urman tells IndieWire: “I didn’t want it to be really dramatic. Xo is not tortured. It is not a tortured abortion. It is not an abortion where she is unclear about what she wants or unclear about her choice. She’s very clear and most abortions are that. I feel like that’s an important thing to respect on TV as well. If you’re sure, you’re sure.” Even though she is sure about her decision, Xo worries about what Abuela will think: "She's making me feel guilty—not for the abortion; she's making me feel guilty for not feeling guilty." Xo talks about how it feels to feel fine about a decision that others think should make you feel not fine. A concept that Refinery29 called “revolutionary.” Watch their conversation here.

In the first season of this award-winning series—which NPR reminds us is much more than a soapy teen drama—Jessie’s one-night stand results in an unplanned pregnancy and an abortion. Jessie confides in her Tia Paulina that she is worried that only a “bad girls” have abortions, which prompts Tia Paulina to share her own abortion story—emphasizing that abortion is common and normal and nothing to be ashamed of. In season four, Camila talks about her choice to get a medication abortion: a big decision for her, and the right one. East Los High links to information about abortion, birth control, and other reproductive health services, so that as viewers relate to Jessie and Camila, they can also get informed and take action.