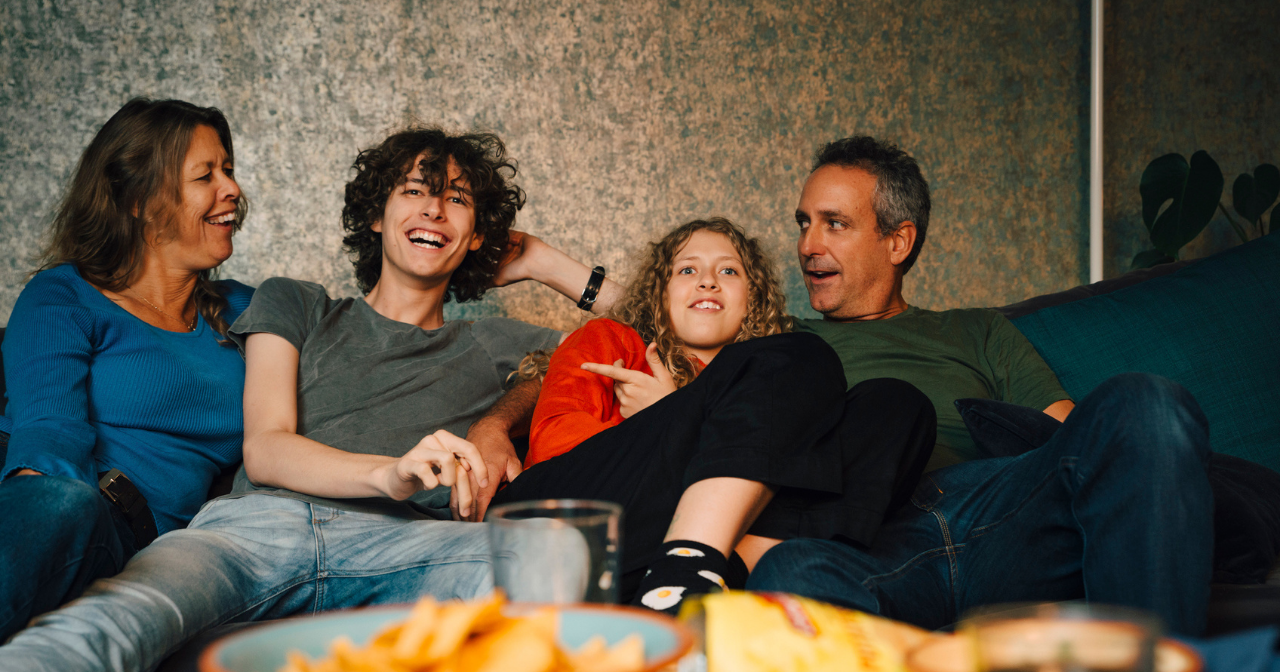 As sexual content in pop culture became more explicit and more prevalent over the last quarter century, teen pregnancy and birth rates dropped by more than half. In fact, popular media is one key factor credited with helping to drive this public health miracle. Not by showing less sex, but by normalizing open conversations about sex, portraying birth control as a regular part of sexual activity, and spotlighting how characters feel about their decisions to have sex (or not).

Throughout our 25-year history, we’ve had many opportunities to collaborate with popular media to help highlight sexual and reproductive health themes for young audiences. We’ve worked with a variety of networks and platforms to provide story material, real voices from teens, the latest data, social media support, and more. And we continue to lead the way partnering with the entertainment industry to talk about sexual health, relationships, and birth control in a relevant, approachable way!

When we first started engaging with entertainment work, most of the stories on screen involved beautiful, straight, cis-, white people having heteronormative sex and relationships with other beautiful, straight, cis-, white people. Plots would lean toward keeping sex as a taboo, avoidable act instead of encouraging open and honest conversations. For example, while TeenNick’s Degrassi: The Next Generation was a pioneer for showcasing uncomfortable topics in a thoughtful way, episodes often revolved on what they deemed to be negative consequences and aspects of sex, such as STIs, unplanned pregnancy, and assault, instead of highlighting that sex is a normal and pleasurable part of relationships. And on ABC’s Boy Meets World, a great deal of the seven seasons leading up to their wedding is focused on Cory and Topanga’s commitment to wait for marriage to have sex.

It’s not just young people who experienced unfair representations of sex and sexuality on TV! Even though Carrie Bradshaw from HBO’s Sex and the City is supposed to be a sex columnist, her opinions on sexuality and dating are extremely limited. Among other outdated views, Carrie doesn’t believe in bisexuality, turns her nose up at almost all of Samantha’s stories about her sexual encounters, and even ends up publicly kink-shaming and outing one of her own love interests. There are countless moments throughout the show that feature Carrie’s sex-negative outlook.

We must also reflect on how far we’ve come—and still have to go—with fair and honest portrayals of LBGTQ+ folks on screen. While Jack McPhee’s plot gave us the first romantic same-sex kiss in the history of television on the CW’s Dawson’s Creek, his storyline presented a lot of stereotypical scenarios and oversimplified solutions. While at Capeside, Jack is outed during class, experiences a hate crime in the form of a slur painted on his locker, and is even refused a prom ticket because of his sexuality. His situation only improves once he joins the football team and settles into his role of the “gay best friend” for Jen.

We’re thankful that today’s storylines show not just the very real struggles queer folks still face in 2021, but uplift and celebrate queer love. On Freeform’s The Bold Type, Kat and Adena’s relationship is not just one of the most beloved in the series, but also portrays an honest example of how sexuality is fluid. The show also explored everything from oral sex to how your vagina should smell to unplanned pregnancies and miscarriages through five glorious seasons of normalizing open conversations.

We know that young people want to see these themes on their screens! Netflix’s Sex Education, a show about that follows a wise-beyond-his-years virgin who starts an underground sex therapy clinic at his high school, was streamed 40 million times in the first month! The story is a heartfelt testament to honesty, respect, and trust as the keys to satisfying relationships at any age that effectively reaches young people.

We’re also thankful for groundbreaking shows like Hulu’s Shrill, which opened up discussions about emergency contraception, abortion, and loving your body at every size. And for shows that portray realistic growth, like Freeform’s grownish, where college student Zoey Johnson has a lot of firsts: first sex, first heartbreak, first roommates, first roommate drama… and faces the challenges of life on her own for the first time. Zoey and her friends debate topics that young people actually care about, such as enthusiastic sober consent and the challenges of being in a “situationship” (somewhere between hooking up and an exclusive relationship) as they live through them.

If you flip through your TV right now, you’ll be pleased to encounter the most sex-positive Bachelorette in history on ABC, multiple reality dating shows centered around physical connections, a reboot of the CW’s Gossip Girl on HBOMax that’s already way more inclusive and diverse than its predecessor, and countless other shows that are sure to kick off powerful conversations about sex, love, and relationships.

Alongside Power to Decide, I celebrated my own 25th birthday this year. So, I’ve had the pleasure of consuming a lot of this media both as it came out week-by-week and as a binge-watching adult craving nostalgia. And while we still have a long way to go to ensure that what young people are seeing on their screens is honest, fair, and empowering, it’s exciting to imagine what will be explored on our favorite TV shows in the next 25 years.

Popular Media
Entertainment Media
About Us

The Power to Decide team shares why they love their birth control method.
August 29, 2022

In a new series of 10 videos, Dr. Raegan explains the ins and outs of different birth control methods.