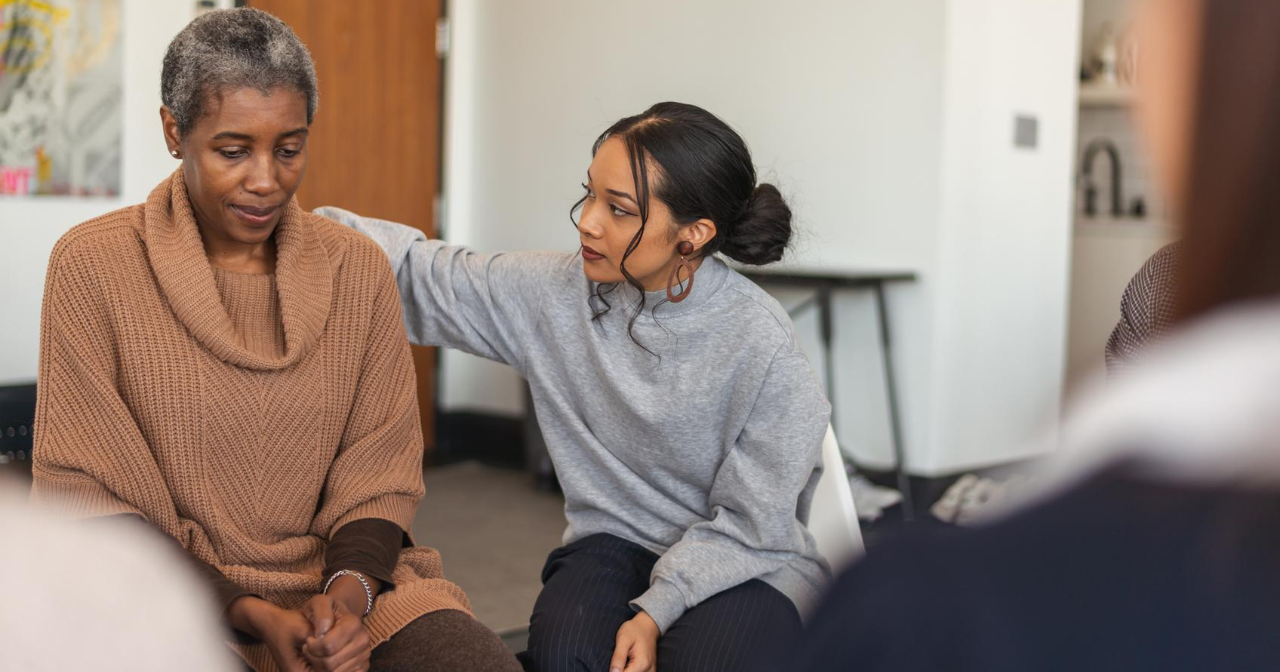 We believe in the concept of reproductive well-being. We believe that all people should have the information, services, and support they need to have control over their bodies and to make their own decisions related to sexuality and reproduction throughout their lives. However, reproductive well-being means so much more than a birth control prescription or an STI test. It goes beyond the physical health of our bodies and includes our minds and mental health.

Mental health, especially mental health in marginalized communities, has a lot of stigma. The three types of stigma—public, self and systemic—affect our power to decide,” said Gordon Collier, LMSW, (@beyondlivingservices) founder of the counseling practice Beyond Living. “The challenge with both reproductive well-being and the conversation around sexual and mental health is answering, ‘Who told you this is the right way and it was supposed to be done that way?’ The answer impacts our vulnerability and our decision to access care, seek support, and make informed decisions.”

How do I feel or view this idea? What was I taught or what did I subconsciously learn about this idea? What intergenerational trauma around the issue alters my perception of mental health?

Nicola Pierre-Smith, MS, LPC, (@melanatedwomenshealth) founder of Melanated Women’s Health, explained that by the time a patient reaches her therapy room they’ve already had to overcome so much just to seek help.

“People who haven’t been exposed to therapy don’t realize the influence of stigma on self-judgement and self-criticism, which adds to their pain. Like an onion, we need to peel back the layers and reach the core to get to all of the potential factors affecting them. Once we realize what the core issues are, it’s easier for people to feel empowered and not feel like their anxiety or shame is caused by a deficit of self.”

What does society say about this issue? What does my community or my family say?

Pierre-Smith also discussed how inside and outside Black communities there is often a lot of sexualization of the bodies and actions of young Black people. Sexualizing young people like this can hurt their mental and reproductive well-being by discouraging them from seeking accurate information that would support reproductive health. It can also create blowback for those who try to seek help. And as many of these young people are still in school, they are reliant on the adults in the lives for access to medical and mental health care, which can further hamper their journey.

Brittney R. Cobb, MSW, LCSW, (@ablackfemaletherapist) a behavioral health provider working in primary care, agreed that she has seen this occur in her experiences with patients. “People are told not to share ‘family business,’ which can prevent healing and reinforce shame. They hear language that may not seem damaging, but is, such as, ‘Those girls were just being fast,’ ‘Just pray about it,’ ‘Life isn’t that bad,’ ‘You don’t look depressed,’ or ‘You’re so confident how can you have anxiety.’”

What are the attitudes and beliefs of health care professionals around treating Black people? What does the waiting room and the sign-in process look like? How do providers have conversations with Black people?

“There’s a lack of trust in the Black community when it comes to medical providers,” Cobb said, “We tend to be misdiagnosed and our voices are ignored.”

Extreme disparities in the Black maternal mortality rate highlight the issue of systemic stigma. Black women are three to four times more likely to experience a pregnancy-related death than white women. And their deaths are more likely to stem from preventable causes.

Pierre-Smith and her patients often discuss how to approach issues outside of their control. Beyond addressing things such self-stigma and shame they ask, “How do you cope with systemic stigmas that you can’t change? What angle do you want to take with all of the different intersections of health? Is it even possible to peel back every layer and reach the core?”

When Cobb speaks with the parents of her younger patients she makes sure to talk with them about the importance of using the proper terms for body parts (i.e., penis, testicles, vagina, labia, etc.) as part of her efforts to normalize talking about reproductive health. Often, she also spends time explaining that it’s normal for children to show curiosity and independently explore their own bodies, in a safe, private environment. Many of the parents she sees have experienced shame around their bodies growing up. She noted that it’s important to break the cycle by educating parents and provide them with tools to help ease their anxiety, so they don’t project their own discomfort or trauma onto their children.

When working with her teenage patients, Cobb helps them understand healthy relationships look like, abusive behavior, how to set boundaries, as well as educates them on consent and how to be assertive.

Black women have more than double the unintended pregnancy rate of white women. However, this disparity isn’t driven by a greater desire to have children, but because of a lack of access to quality contraceptive care and counseling. Access to the services needed to achieve reproductive well-being plays a large role in good mental health. “Teens are going to be sexually active and if a Black teen is living in a community that is considered a “contraceptive desert,” they are at a greater risk of an unplanned pregnancy or STI exposure.” Pierre-Smith said.

“I want people to ask themselves, ‘How do you become an active participant in your wellness?’” said Collier, “Ultimately the power resides within us, but for so long these communities have felt powerless and been told that they are powerless. During Minority Mental Health Month, or whatever month, it’s very important to give the power back to the person. That goes to mental health, physical health, and all dimensions of wellness.”

A round-up of interesting articles about sexual health from the last month.
September 21, 2022

Celebrate Sexual Health Awareness Month this year by opening up discussions about pleasure with the young people in your life.
September 15, 2022