Why “Unpregnant” is the Must-Watch Movie of the Fall

Why “Unpregnant” is the Must-Watch Movie of the Fall 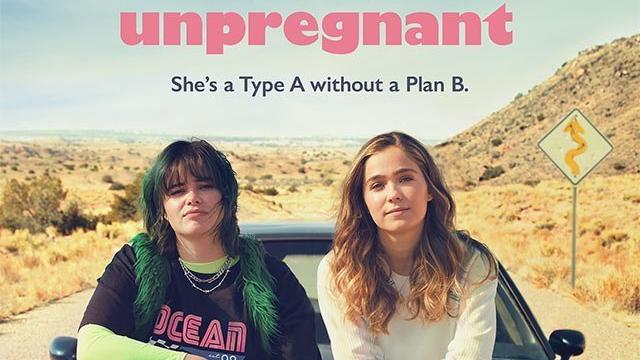 At age 17, Veronica is similar to the typical American high schooler in a lot of ways. She loves Instagram, studies hard, and has a close group of friends. But she also lives in Missouri—one of the 37 states in the US that requires some sort of parental involvement for minors who want an abortion. And like millions of other young women across the country, Veronica faces a myriad of physical and financial roadblocks when it comes to accessing her abortion.

“Unpregnant” is a new comedy from HBOMax that follows a pair of ex-friends on their journey to get Veronica to the closest provider who will give her an abortion without her parents finding out. That clinic just happens to be 1,000 miles away in Albuquerque, New Mexico. Armed with gas station slushies and a stolen car, Veronica takes off with full confidence that she’s making the right decision for herself, her body, and her future.

From queer representation to showing us what it means to truly be there for someone, “Unpregnant” is full of teachable sex education moments that people of all ages can benefits from.

One of the biggest takeaways from the movie is the importance of using a condom correctly and being honest with your partner. Veronica and her boyfriend Kevin use condoms whenever they have sex, something she believes will ensure she won’t ever get pregnant. For teens like Veronica who don’t want their parents knowing they’re sexually active, condoms are an easy to get, reliable method of birth control. Barrier methods, such as condoms, are great because they protect against pregnancy and STIs, but they work best when used correctly every single time.

Kevin eventually tells Veronica that he knew the condom had broken during sex and never told her. While a condom breaking isn’t fun, it’s still possible to prevent unplanned pregnancy with emergency contraception(EC). And if the condom breaks or slips off, it’s important for all parties and their partners to know about so that everyone can be tested for STIs.

A powerful moment in the film is when Veronica tells Kevin that had she known the condom had broken, she would have taken emergency contraception (EC), birth control that can stop a pregnancy before it starts. There are three types of EC:  the copper IUD, an over-the-counter pill, and a prescription pill. Whatever age or gender you are, you can buy levonorgestrel-based emergency contraception (EC) pills over-the-counter at your pharmacy without a prescription.

Not only does this moment reaffirm the fact that Veronica knows that she isn’t ready to be a parent, but it serves as a reminder about the importance of always having open and honest conversations between partners, even when they’re about difficult moments such as birth control method failures.

It’s also important to note that not telling someone about a broken condom is completely unacceptable. It’s actually a form of abuse called reproductive coercion and presents in a lot of different ways.

Abortion is a legal and safe in all 50 states and Washington, DC. While people in the US are fairly equally divided in their personal views of abortion, an independent poll reported that two-thirds of Americans support safe and legal access to abortion.

Still, in some states—such as Missouri—it can be a challenge to find a place to get an abortion. And just like Veronica, many people may have loved ones with strong feelings or beliefs about abortion. What matters most however, are the feelings of the person considering abortion. Everyone deserves a safe space to work through their options and decide what’s right for them. Our new product, Abortion Finder, is the most comprehensive directory of trusted and verified abortion providers in the United States connecting people to the abortion services they need as well as answers to some of the most frequently asked questions about having an abortion.

In addition to normalizing abortion, Unpregnant also shows viewers the barriers that many people face when trying to access abortion. Distance, cost, age, and time are all obstacles that Veronica must overcome when she meticulously plans out the pair’s weekend road trip. Veronica and Bailey have to cross four states and a thousand miles to reach their destination—one way. Veronica has to budget $500 for the procedure itself, along with the cost of gas and food. With only the weekend to make it to New Mexico and back, the movie also shows the harsh reality that many people simply don’t have the time to travel to and from a provider’s office. She even has to opt in for the surgical procedure over a medication abortion because she can’t risk staying another day for a second appointment and having her parents find out. Coupled with the increase of state restrictions on accessing abortion, Unpregnant shows us that access to the full range of reproductive health care is still fragile and inequitable.

Birth Control after an abortion

Like Veronica points out while screaming out the window of a stolen minivan, having an abortion doesn’t change someone’s chances of getting pregnant in the future. In fact, pregnancy can occur again pretty quickly after an abortion! The good news is that birth control is completely safe to start after an abortion.

For people getting an abortion, it’s totally safe (and often convenient!) to start birth control on the same day as the abortion. Folks can get an IUD, an implant, or the shot in the clinic, or start using the pill, the patch, or the ring that same day. For those who get a medication abortion, they’ll be able to start hormonal birth control methods like the pill, the shot, the patch, and the ring immediately after the abortion is complete. People can get other methods—like an IUD—during a follow up visit. Condoms, internal condoms, the sponge, the diaphragm, the cervical cap, and spermicide can be used immediately after any type of abortion.

In a final act of empowerment, Veronica decides to get an IUD during the same visit as her abortion, a method that will protect her from an unplanned pregnancy for years without any additional upkeep.

Stranded a thousand miles from home with no money left, Veronica is inevitably forced to call her mom and explain why she’s in New Mexico. And while her mother isn’t happy with her decision to have an abortion, she ultimately supports her and reminds Veronica how much she loves her. Although it’s messy and imperfect, their powerful conversation reminds us that talking really is power.

Parents and other champions can help guide young people through the big and challenging moments in their lives. October is Let’s Talk Month and we’ll be posting a variety of content throughout the month to jump start and help along conversations around sex, love, relationships, and birth control. If you have a young person in your life, don’t wait to start the conversation take a moment to have a powerful conversation and talk it out.

A round-up of interesting articles about sexual health from the last month.
October 27, 2022

Power to Decide applauds the introduction of the Abortion Care Awareness Act of 2022, sponsored by Rep. Carolyn Maloney.
October 6, 2022