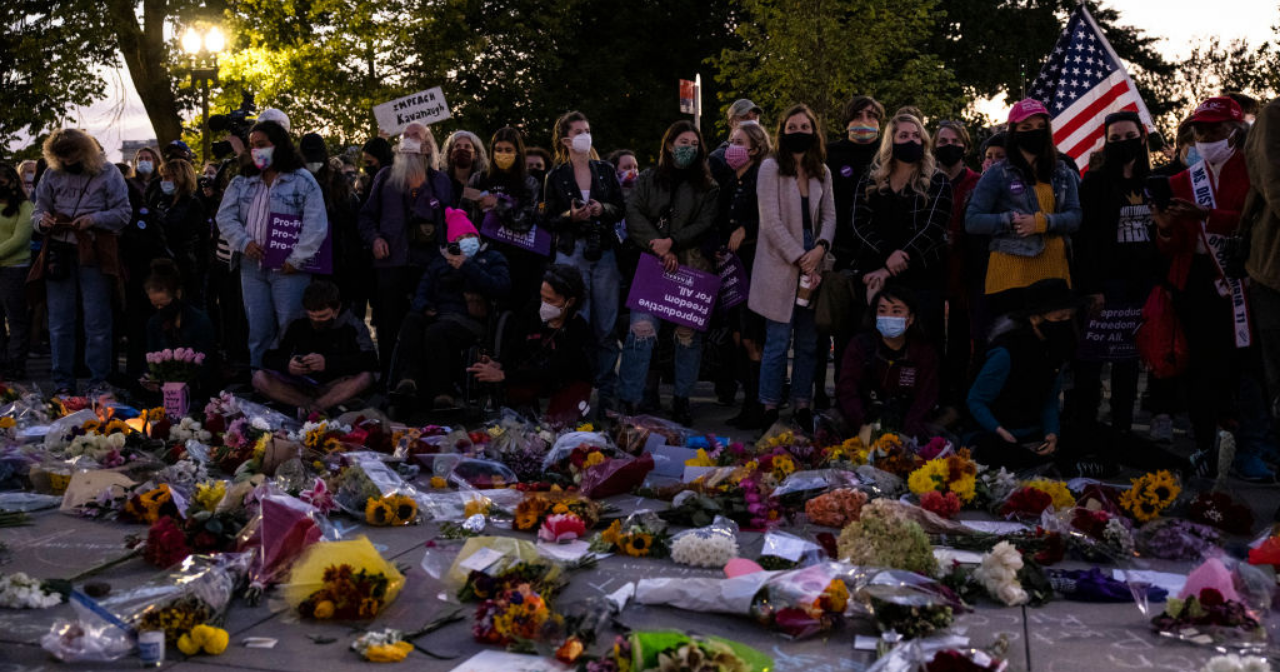 After hearing of the passing of Supreme Court Justice Ruth Bader Ginsburg I, like many people across the nation, flocked to my local court house to mourn the loss of the Notorious RBG. The rows of flowers, rocks, pictures, and memorabilia at the Supreme Court could be seen from a block away. As I walked through reading notes people had left, one thing stuck out to me - the number of children present. One mother knelt next to her daughter as they looked at the pictures and said, “Do you know who that is?” No older than 6 years, the little girl replied, “Ruth Bader Ginsburg.” I teared up.

Ruth Bader Ginsburg broke down previously immovable barriers.  She was one of only nine women in her law school class. She was the first woman to teach at a law school. And she was the second woman to sit on the United States Supreme Court. From working at the ACLU to sitting on the Court, Justice Ginsburg built a career fighting for gender equality under the law, especially in the area of reproductive rights and health.  When it came to a woman having autonomy over her own body, Ginsburg famously said in her 1993 Confirmation Hearing, "The decision whether or not to bear a child is central to a woman's life, to her well-being, and dignity. It is a decision she must make for herself. When the government controls that decision for her, she is being treated as less than a full adult human responsible for her own choices."

A fierce advocate and champion for reproductive rights, the Honorable Ruth Bader Ginsburg believed everyone should have the power to decide their futures. From Gonzales v. Carhart (2007) and Whole Woman's Health v. Hellerstedt (2016) to most recently, June Medical Services v. Russo (2020), she fought vigorously for women’s rights and in doing so impacted the lives of millions of women across the nation, empowering them to pursue the future they want on their terms. We will feel the impact of Justice Ginsburg’s life’s work for generations.

In the days following the passing of this feminist icon, feelings of sadness, fear, and anxiety came to me in waves. While it is very easy to doom scroll and get deep into a hole, I stopped. I kept thinking back to that evening with the mother and her daughter at the steps of the Supreme Court. Justice Ginsburg left behind a legacy, an inspiration, and a footpath for millions of young people to follow in her place. The next generation gets to grow up in a world with laws that protect them and allow them the reproductive health care they need and deserve, thanks to her.

Many of us are asking ourselves, myself included, what now? We must take action to honor RBG’s legacy.

"Fight for the things that you care about, but do it in a way that will lead others to join you." -Supreme Court Justice, Ruth Bader Ginsburg