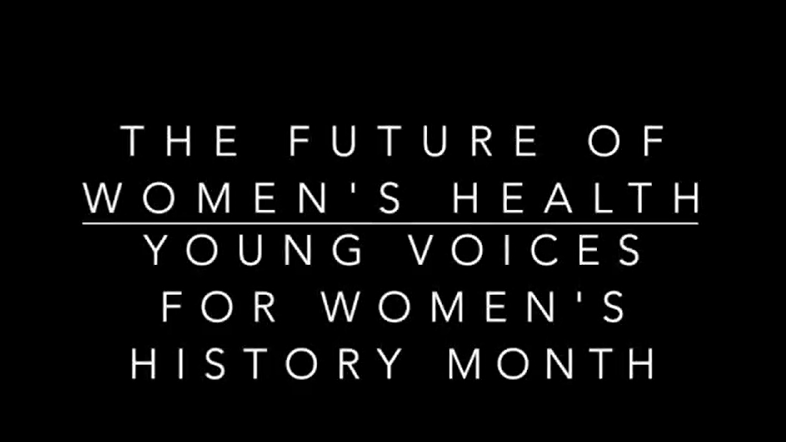 This month, to honor Women’s History Month we brought together six young people to discuss female role models in their lives as well as where they see the future of women’s health going. Meet the panelists:

You can watch the entire panel’s discussion here or on our YouTube channel, however here are some excerpts from the powerful discussion.

How has being a woman influenced your decision to get involved in the world of sexual and reproductive health?

Deekshita: More than my gender, being a South Asian woman, being within the first generation of immigrants, seeing issues that intersected between race and gender was really what drew me to this work. From when I was young and experiencing micro aggressions and racism, to seeing how the medical system works differently for you based on your race or your gender all kind of culminating in some of my advocacy experiences in undergrad. Within all of that was when I realized that this was the most important issue to me and that really focusing on the fact that all women—no matter your race, gender identify, class, etc.—making sure that none of those things prevented you from making a choice about your body and your health.

Temilola: I also come from an immigrant family and I’m also a woman of color, so I found it really interesting how Deekshita was talking about how that all informed that because I can also say similarly that that did drive my decision to enter sexual and reproductive health. I think that a lot of times immigrant communities are a lot less likely to talk about these issues and I remember feeling in the dark a lot of times when I was in high school or college and I think that for me I found this really important because I realized that there was a community of people who actually focused on sexual and reproductive health and it wasn’t really a third rail as I was accustomed to growing up and believing.

As we think about what we’ve experienced growing up and our own experiences in the field, how do you want to see the field move forward?

Kyla: I think that from my experience I would love to see less stigma surrounding sexual and reproductive health. I also think that I would like for more young girls to be taught that these aren’t dirty things, and these aren’t things to be ashamed of. These are things that we all really need to know as it’s crucial not only to our well-being, but to our heath. I think that I would love to see the conversation grow from my perspective, especially in Bible Belt-Appalachian regions. I know that’s a hard thing to do—to change the mindset of whole groups of people—but I think that that would be a really great start.

Ciarra: I’m inspired by what Kyla said. I mentioned earlier, my passion for working with Christian communities, particularly around this issue, and I would love to see our conversation around reproductive and sexual health move away from morality and more towards conversations that are agency centered. And enthusiastic consent centered. And pleasure centered. Add not make it either-or, black and white… Our moral judgment of people who get abortions means that people who are getting abortions don’t get the emotional care they need, don’t get the care for the grief that may come up after—not grief because they made a mistake or wrong decision but because loss is happening. How can we be better about these conversations and be more nuanced? That’s exciting for me. The last thing I’ll say is that I would love to see reproductive care to go to treat the whole person.

What women do you look up to in or out of the health field and how have they influenced you?

Mallory: First, a quick shout out to my mom who is a pre-op nurse and the hospital she works at in California wasn’t providing abortions. They’re a public hospital, so they should have been providing abortions, but so many of the nurses opted out that the hospital opted out. My mom went to the top levels of the hospital to get them to hire more nurses who would be willing to do the pre-op and surgery care for abortions and within the last year they’ve upped the number of nurses again and are providing it regularly as a service. She didn’t have to do that, that was beyond her job description, but it’s something she’s really passionate about. My other influence is Dr. Rebecca Gomperts, a doctor in the Netherlands who—basically in international waters the boat has whatever laws of the country it came from—she has a team of medical providers and they go to places globally where abortion is illegal or really inaccessible and will pick up the women, drive to international waters, perform the abortions, and go back.

Samantha: Like a lot of you, I’ve had a lot of female bosses as well throughout my career. It’s been wonderful to have such mentors not just in the field, but also outside of the field reminding me to be confident in myself, be true to myself, and show the world that I am capable and knowledgeable.

How can young adults prepare themselves before making their own health care appointments?
October 31, 2022

A round-up of interesting articles about sexual health from the last month.
October 18, 2022

How did two teachers support this high school junior as she struggled with anxiety?