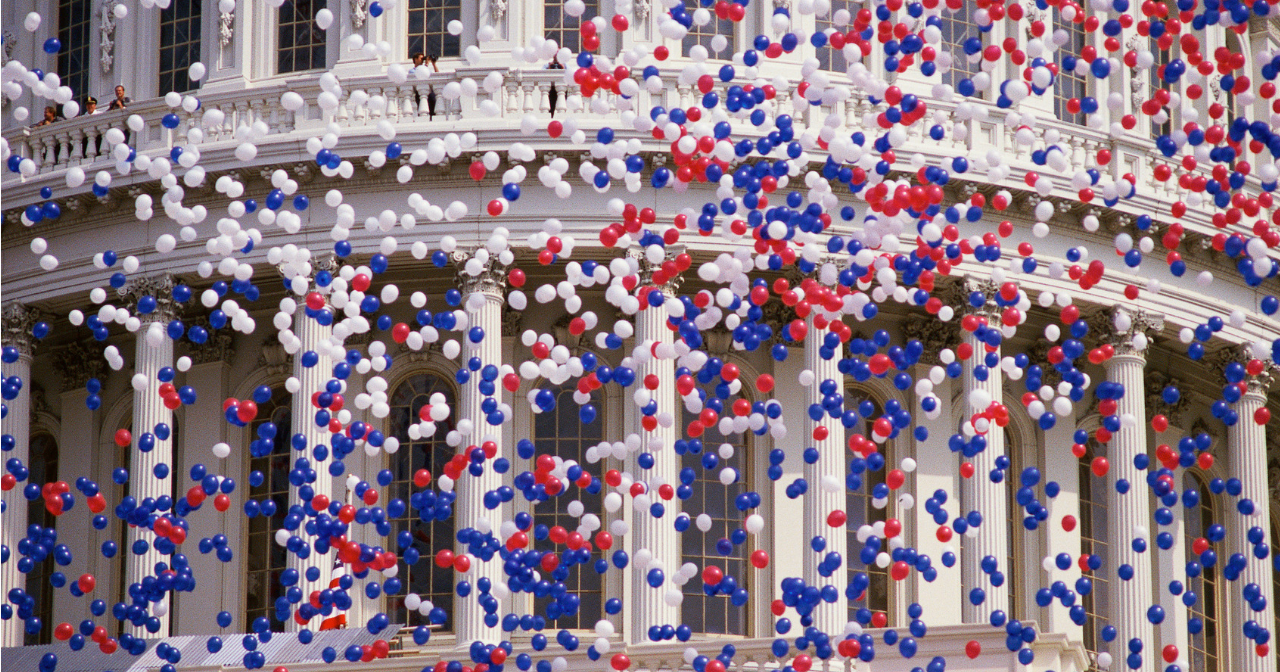 The latest midterm election left a lot of Americans feeling a lot of emotions; some positive, some negative. But, it also created the most diverse Congress in history. This month, 23 people of color and 42 women, from both sides of the aisle, took their oath of office. Upon joining their colleagues, the grand total of women serving hit 127*—a record high.

Other exciting firsts include the election of the first Somali-American woman and the first Palestinian-American woman. Both of these women are also the first Muslim women to serve in Congress. Not one, but two women became the first Native American women to win seats. And Massachusetts elected its first African-American woman. Excitingly, three more female veterans won their elections, bringing the total number of woman veterans in Congress to seven (and includes Republicans and Democrats)—the largest number in history.

This new Congress also has women from both major parties leading the Appropriations Committee, which approves funding for the federal government. It’s one of the most powerful committees in Congress, so it’s a big deal to have two women at the helm.

If you don’t know who your reps are now is the perfect time to find out. To find your Representative in the House, go to www.House.gov, and in the upper right hand corner enter your zip code in the box under “Find your representative.” To find your Senators, go to www.Senate.gov and in the upper left hand corner, click on your state from the drop down menu that says “Find Your Senators.” Each of these tools will bring you directly to the member’s web page, where you will find links for their social media profiles. This is also the best way to make sure that you are following the accurate verified account.

And that’s even more important since social media has become a larger part of how members of Congress interact with their constituents (that’s you!). One newly elected member actually had an “ask me anything” session on Instagram Live while cooking. Social media has become a game changer, allowing people to directly interact with their representatives in real time. Members are most likely to be on Facebook and Twitter, but some of the more social media savvy are also on Instagram and Snapchat.

Social media has become a great way to reach out to your representatives, but it’s not a substitute for calling their offices and showing up at town halls. If you’re really afraid of talking on the phone, you can send an email, but don’t forget to personalize any templates you find with how an issue or law personally affects you. Member’s offices’ keep track of the phone calls and emails that they receive so that they can produce a tally of the number of constituents in favor/opposed to a bill, vote, etc. Members absolutely pay attention to whether or not their constituents are supportive of an issue. For example, in the summer of 2017 these calls—which were overwhelmingly against repeal—are the reason the Affordable Care Act (ACA) is still the law.

No matter how you contact your member of Congress, it’s smart to have talking points for the policy you support. Just as powerful, and sometimes more important, are your stories though. They help to put a face to the more impersonal numbers or talking points. In fact, your stories matter so much that we at Power to Decide want to hear them as well. We’re always collecting stories of how birth control has affected your life. Right now we want to know whether you or someone you know ever struggled to afford birth control, or struggled to get access to the method they need? If so, tell us about it!

Whether the person you voted for won or not, or even if you didn’t vote (But you should vote next election! Register here!), your member of Congress still represents you. In addition to telling them what you think about the issues, that means that they can provide you with constituent services. They can help you or your family (if they too are constituents) when you have trouble accessing a federal benefit such as Medicare. Your member and their staff can intervene to bring about a resolution or at least get answers to questions for you. Members have state and district offices where these requests are handled. You can find the contact information on the member’s web page and then give the local office a call. Alternately, members of Congress should have a services or constituent services tab on their website where you can submit requests, if you prefer to do it that way.

Real example of a constituent issue that was resolved after contacting their member of Congress' office.

You’re ready to get involved, so what’s next? If you don’t know where to start look to your local newspaper or TV station. Issues that are happening locally are the most likely to have an impact on your life. Your local news may also cover how a federal policy will impact the local community or state. Social media is also a good resource for learning about news at every level, but make sure to carefully look at who you’re getting news from to make sure they’re reputable source. If you want to know what’s going on in the policy world with regard to contraception, sign-up for Power Pulse, Power to Decide’s monthly newsletter and check out our get involved section of Power to Decide website.

Listen and learn more on the latest episode of Not Your Mama’s Podcast!

*When the podcast was recorded this number was 121. It has since gone up as final votes have been counted.

Power to Decide proudly announced its endorsement of the Campus Accountability and Safety Act (CASA).
September 13, 2022

Building on previous efforts to roll back abortion rights at the federal level, lawmakers in Congress today introduced new legislation to ban abortion.