The State of the Union and of Reproductive Health

The State of the Union and of Reproductive Health 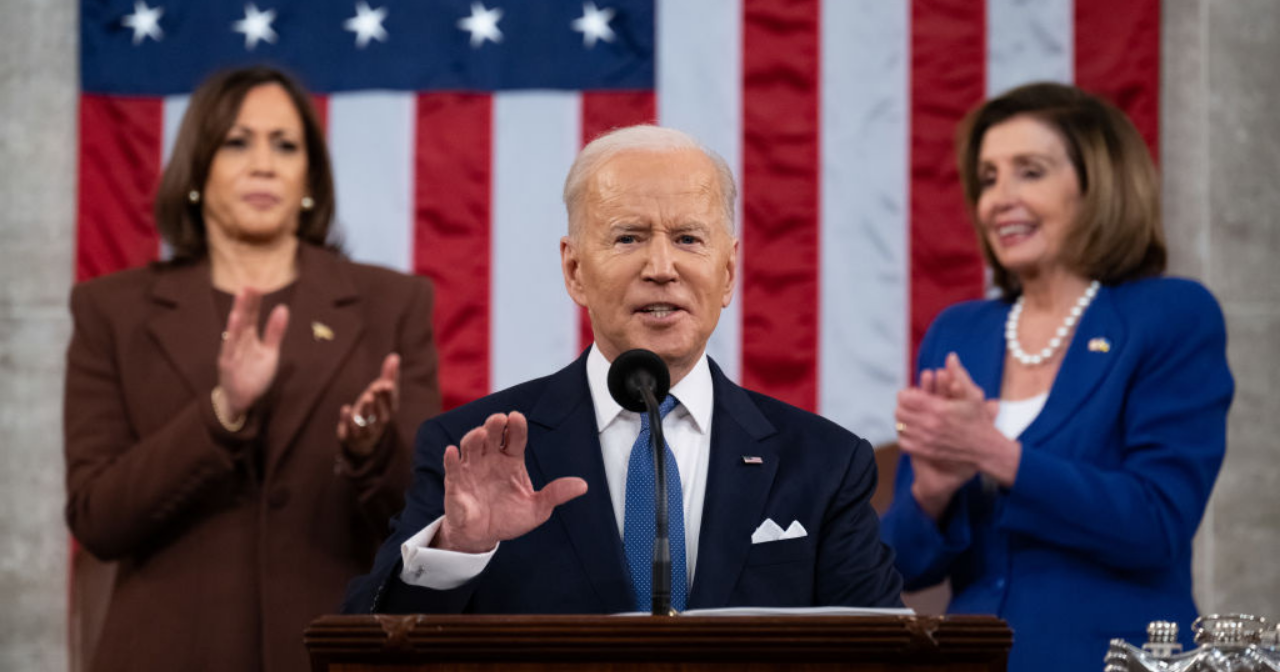 In his first State of the Union address to Congress on evening of Tuesday March 1, President Biden stated, “Advancing liberty and justice also requires protecting the rights of women. The constitutional right affirmed in Roe v. Wade—standing precedent for half a century—is under attack as never before. If we want to go forward—not backward—we must protect access to health care. Preserve a woman’s right to choose.”

That day—March 1—also marked six months since the devastating Texas ban on abortion care, SB 8, went into effect. Power to Decide has seen a 593% increase in visits to our AbortionFinder.org site since the law went into effect as people struggle to access the care they need in Texas. It was also the day after the Senate voted on the Women’s Health Protection Act, which would block harmful and medically unnecessary restrictions on abortion access, including the Texas ban. Unfortunately, the bill did not pass despite strong support from the White House and champions in Congress.

It has always been extremely difficult for people struggling to make ends meet to access this care. From the Hyde amendment that restricts insurance coverage for abortion care to the proliferation of medically unnecessary restrictions, for decades abortion care has been out of reach for those without the resources to surmount those barriers. Because of systemic racism, those struggling are disproportionately people of color.

Now we are at a critical moment when it comes to the future of abortion access in the US. On top of all the barriers above, the Supreme Court is poised to decimate the constitutional right to abortion when it issues its decision in Dobbs v. Jackson Women’s Health Organization, a case that concerns Mississippi’s ban of abortion after 15 weeks. In fact, the state of Mississippi has asked the court explicitly to strike down Roe v. Wade. Meanwhile, states around the country are passing bills to copy the Texas and Mississippi laws. If Roe v. Wade is struck down, roughly 26 states will immediately ban abortion care, leaving people in those states to remain pregnant against their will if they do not have the resources to travel to a state where abortion care is legal and straining the resources of providers in those states. In fact millions of people who can become pregnant could lose abortion access, including 36 million women—nearly half of the women of reproductive age (18-49) in the United States.

Given the crisis we face when it comes to abortion access in this country, President Biden’s words are welcomed and appreciated. The Biden-Harris administration has called for a whole of government response to this crisis in access to abortion care. The National Strategy on Gender Equity and Equality committed that the Biden-Harris administration “will ensure equitable access to high-quality, affordable health care [and] protect the constitutional right to safe and legal abortion established in Roe v. Wade in the United States.” In January, Secretary of HHS Xavier Becerra announced the formation of a Reproductive Healthcare Access Task Force to protect and bolster access to essential sexual and reproductive health care

All of these actions and much more will be needed in the weeks and months ahead as we face an incredibly challenging and hostile environment for reproductive health care. So as I watched the President address the nation, I was grateful for his acknowledgment of the moment we’re in and for his efforts thus far, and yet I know we will all need to work even harder to protect the care people need to achieve their reproductive well-being—and abortion care is a critical piece of this. Power to Decide is ready to do all we can and we’re grateful for the Biden-Harris administration and look forward to helping them to help protect us all.

Urging US Senate to Support WHPA

We urge the U.S. Senate to support the Women’s Health Protection Act, and to protect the right to access abortion for people in every U.S. state.
April 6, 2022

KBJ to be the 1st Black Woman on SCOTUS

The U.S. Senate in a bipartisan vote confirmed Judge Ketanji Brown Jackson as the 116th justice of the U.S. Supreme Court.
March 28, 2022

President Biden's budget would increase access to critical care for all