Is Your Sex Ed for All? 5 Ways to Tell

Is Your Sex Ed for All? 5 Ways to Tell 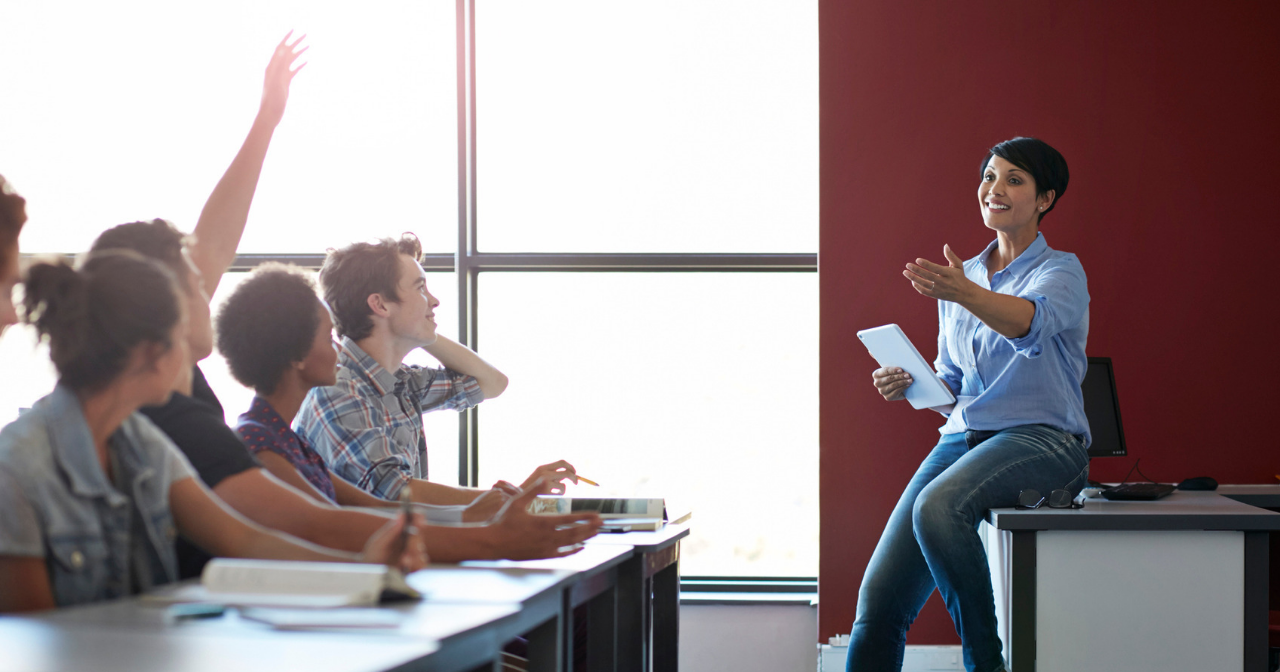 The sex education I had my senior year of high school didn’t differ too much from the sex ed portrayed in Mean Girls—taught by a football coach, it was mostly wildly inaccurate, and I learned almost nothing from it. Like me, thousands of young people across the country get sex education that not only fails to prepare them for life but can also actively cause them harm. That’s why we need Sex Ed for All—sex ed that recognizes young people’s right to bodily autonomy and accurate sexual health information. Here are five ways to know if your sex ed is for everyone.

Evidence-based sex education gives young people the tools to avoid STIs and pregnancy by teaching them about birth control and barrier methods in addition to the option to stay abstinent. Research shows that abstinence-only education does not cause young people to engage in abstinence behavior. In fact, young people in states with more abstinence-only education are actually more likely to become pregnant. On the other hand, studies have shown that sex education programs that include discussion of STI and pregnancy prevention methods in addition to abstinence reduce rates of STIs and unintended pregnancy among young people. Strong evidence has prompted organizations such as the American College of Obstetricians and Gynecologists to recommend inclusion of these topics in sex education curricula.

Allows them to recognize sexual assault and abuse and to utilize consent.

Many young people are not able to recognize violations of consent because they have not had the opportunity to learn that they have a right to bodily autonomy. Young people who are raised as girls often receive social and media messaging telling them that they don’t have the option of saying no in a sexual situation. Sex education can serve to help young people learn how to practice asking for consent and understand what might constitute violating the consent of another person. Sex ed that includes discussion of consent, bodily autonomy, and self-determination prepares all young people for the sexual experiences they may encounter, and can ultimately help to combat rape culture.

Does not shame and further harm youth who have faced sexual abuse and assault.

Unfortunately, by the time young people receive sex ed in their schools, some have already faced sexual abuse and assault. Experts estimate that 1 in 4 girls and 1 in 6 boys experience sexual abuse as children. Several studies have found that young people who identify as LGBTQ face even higher rates of sexual abuse during childhood than their cisgender and straight counterparts. Young people who have experienced sexual violence may already experience confusion and shame surrounding sexuality, so sex education that paints sex as dirty and sinful can only serve to cause further damage. Experts say that survivors need to consistently hear that they are not at fault for their abuse and that they deserve to have healthy sexual experiences.

Empowers queer and trans young people to make the best decisions about their sexual lives rather than forcing them into a heteronormative box.

Many sex education programs outright denounce non-heterosexual relationships, while others may less explicitly uphold straight, monogamous relationships between cisgender people as the expected norm and ignore LGBTQ people altogether. Sex ed must include discussion of gender identity, sexual orientation, positive representation of LGBTQ people and relationships, and safer sex behaviors for people of all bodies and identities. This is necessary to ensure that queer and trans young people have the information they need to live healthy lives.

Does not reinforce harmful gender stereotypes.

Sex education programs that perpetuate gender stereotypes only serve to harm young people. Some programs, for example, promote notions of feminine passivity and masculine sex drive and aggression. Endorsement of gender stereotypes only serve to interfere with young women’s sexual and bodily autonomy, harm the mental health of young men, and alienate non-binary young people. Teaching young people that they are not bound by societal stereotypes is critical to ensuring that they make the best decisions for their lives, regardless of their gender identities.

All young people deserve Sex Ed for All. But as of now, not many of them are able to receive it. That’s why supporting bills like the Real Education for Healthy Youth Act (REHYA) and the Youth Access to Sexual Health Services (YASHS) Act is so important. At the same time, it is imperative to maintain the far-reaching work that the evidence-based Teen Pregnancy Prevention Program has already been doing to ensure that youth in some of the most marginalized communities receive the vital information and skills they need to complete their education and pursue the future they want on their own terms. Click here to email your member of Congress to ensure this critical program continues to receive funding through 2020.

Angela Maske is the Summer 2019 Public Policy Intern for Power to Decide. She is attending Georgetown University where she’s working towards a degree in Global Health.

Sex Education and Effective Programs
Sex Ed for All
Equity

How can non-Native people educate themselves about Indigenous cultures and support Native peoples?
October 6, 2021

Power to Decide was recently selected to oversee evaluation of Real Talk, an intervention designed to educate youth on sexual health topics.
June 29, 2021

What was your sex ed like? Probably not great, like most of the US’s. Let me explain what made mine so good.