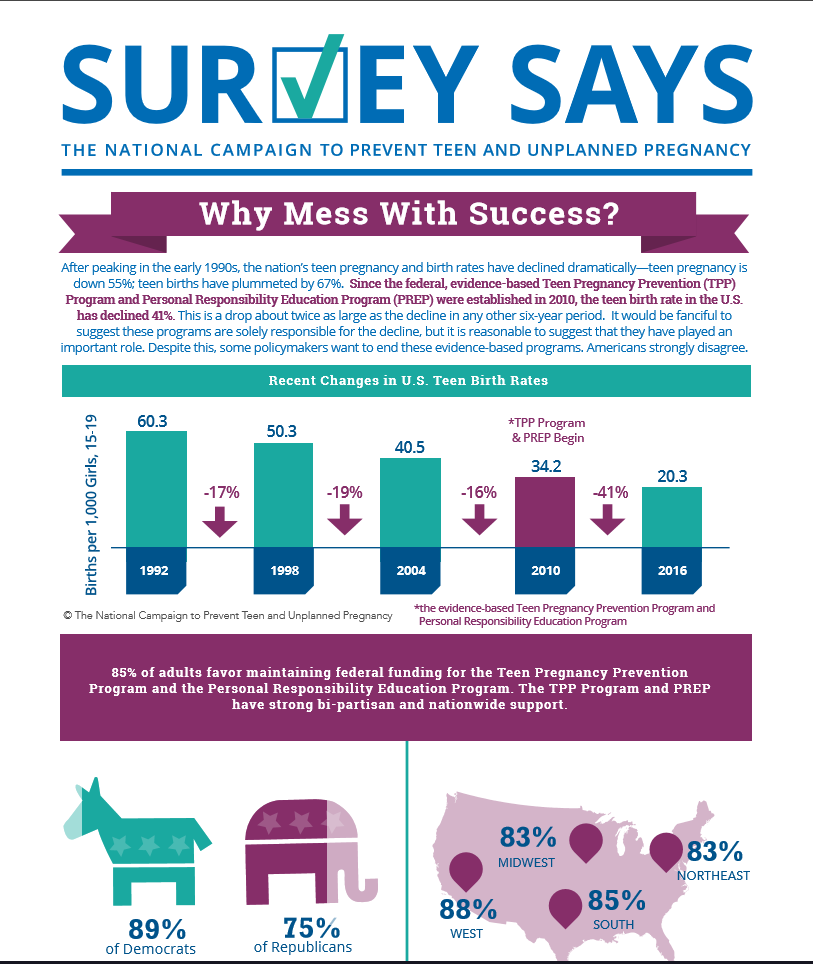 After peaking in the early 1990s, the nation’s teen pregnancy and birth rates have declined dramatically—teen pregnancy is down 55%; teen births have plummeted by 67%.  Since the federal, evidence-based Teen Pregnancy Prevention (TPP) Program and Personal Responsibility Education Program (PREP) were established in 2010, the teen birth rate in the U.S. has declined 41%. This is a drop about twice as large as the decline in any other six-year period.  It would be fanciful to suggest these programs are solely responsible for the decline, but it is reasonable to suggest that they have played an important role. Despite this, some policymakers want to end these evidence-based programs. Americans strongly disagree.

Keep the Power On: Talking Is Power 2021

May is #TalkingIsPower Month, a national effort to spark meaningful conversations between young people and their champions.
Fact Sheet

The PREP provides important resources to address high rates of teen pregnancy among youth in care, as well as with other high-risk populations.
Fact Sheet

Support for birth control is broad and deep, and almost everyone uses it. Birth control is linked to a wide array of benefits for all people and society, including f